Every so often, someone comes along who becomes an integral, constant part of your life. And even though you know they won't be around forever, when they're taken from you before even their shortened time, it still comes as a terrible shock. I'll hope you'll indulge me while I pay tribute to that someone, and if not, there's plenty else to read – why not check out Hadyn and Emma, our newest additions?

For the past six years, my life and home has been shared by Tonka, a giant white pile of Birman fluff. As mentioned in the "About Damian Christie" section to your right, I've been optimistically describing him as "big-boned", although it's not entirely incorrect. He's a long cat, a big cat, made bigger still by fluff, but according to a recent visit to the vet, in pretty good shape. 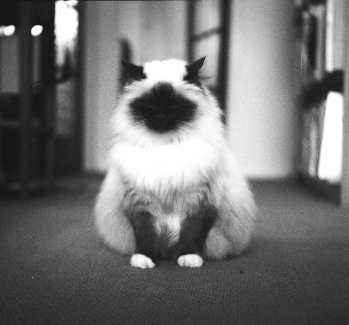 Or so I thought. A couple of weeks ago, out of the blue, he had a turn. The following week was an emotional rollercoaster of vets visits, inconclusive tests, exploratory surgery, thousands of dollars and uncertain diagnoses.

More than once I left him with the vet, not expecting to see him again. In the end it was determined his heart was weak. It was affecting his liver, which was causing fluid build-up.

On Saturday morning the vet said Tonka was stable enough for me to bring home. He was weak, little more than fluff and bones, and sad. He had medicine for his heart – pills he'd have to take for the rest of his life – but was supposed to be on the road to recovery. 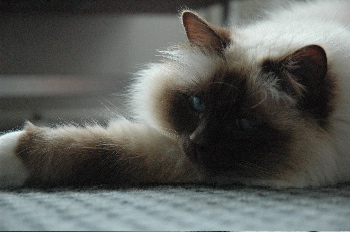 Tonka had other ideas. After sitting unhappily underneath my wardrobe most of the day, I pulled him out so he could sleep on my bed. At 3am on Sunday morning I was woken by his plaintive calls. He died in my arms a couple of minutes later. It was quick, if not entirely peaceful.

I buried Tonka later that day at my parents' place up North, and planted a cabbage tree on top of him. 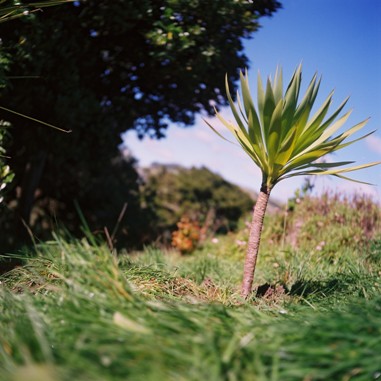 It's said you don't know what you had until it's taken away from you. In the case of Tonka, I always knew what I had. I had a friend and companion, one who'd leave white fluff on everything I owned, and plonk himself on my chest and lick my nose when I was feeling down. He'd eat precious items of woollen clothing, and poo on my flatmate's couch when I'd move into a new flat. He'd lie on his back on the floor and let almost anyone rub his furry fat belly, his arms stretching out over his head, like a fluffy flying Superman. He might not have enjoyed it, but he never complained when I spun him around on the wooden floors.

Unlike some pets, who exist in the back of our lives, Tonka was there in the forefront. All of my friends knew him, and many had their own nicknames – Ponks, Sir Tonkleton, More Than a Kitty. He's probably seen enough scandal to make Bridget Saunders blush. He even made it on the telly a few times. The calls, messages and tears I've seen over the past week shows me that I wasn't alone in thinking he was pretty spesh. 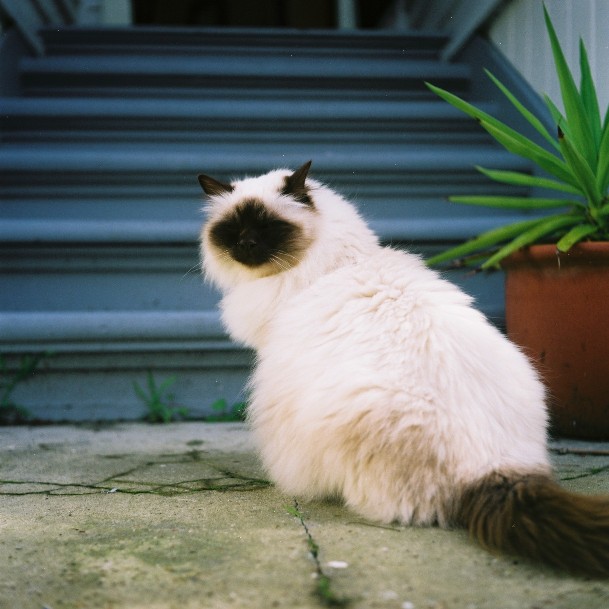 My little house is empty now. I still see him through the front door when I come home, talk to him when I'm making dinner, and feel him sitting on the end of my bed at night. I wish he'd been around for longer, but I'm really grateful for the time we had together.

I miss you buddy. 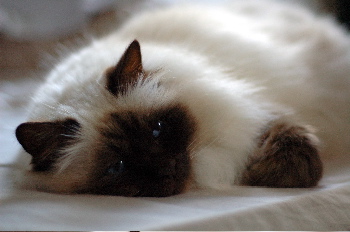