In a few hours, Britons will vote in a traditional first-past-the-post Westminster system general election. The result will almost certainly be a mess.

Driven by pressures within – Scottish nationalism; the unfocused English discontent that inflates UKIP – and the influence of proportional elections for the European Parliament (where even the British Greens have a couple of seats), electoral loyalties have spread in a way that the old system can't accommodate. Basically, they're trying to have an MMP election under FPTP.

The standard argument for FPTP is that it ensures strong majority governments. The final Guardian/ICM poll suggests there is very little chance indeed of that. Neither the Conservatives or Labour will come near a majority of electorate seats and the most likely scenario seems to be that Ed Miliband's Labour will find some kind of accommodation with the Scottish Nationalist Party, which The Guardian predicts will win 53 seats, giving it an influence beyond its 5% of the overall vote.

Given that Miliband has already caved to pressure to rule out any kind of deal with the SNP, this is hardly an ideal way to enter government. As Buzzfeed (whose coverage is actually quite good) put it, things aren't going to plan for anyone.

Unsurprisingly, the marauding Scots' pending cross-border coup has generated something approaching panic in the English establishment. The Daily Telegraph essentially surrendered any pretence towards the measure expected of a "quality" daily with this front page this week: 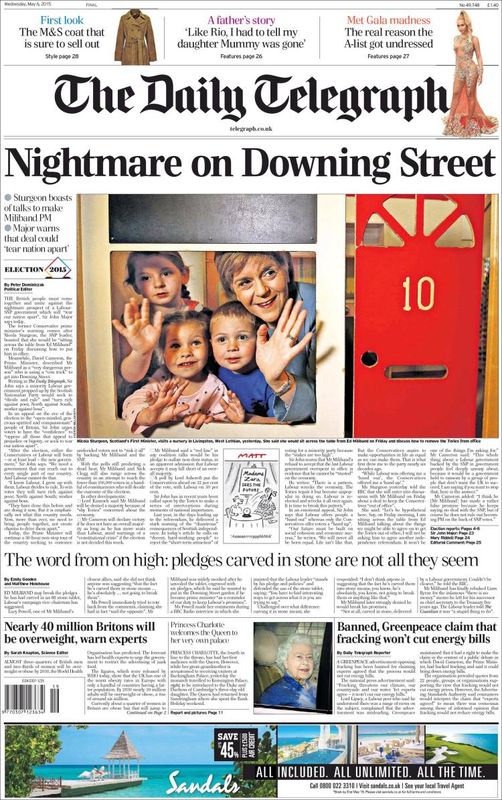 For the Daily Mail, shit has got fully existential: 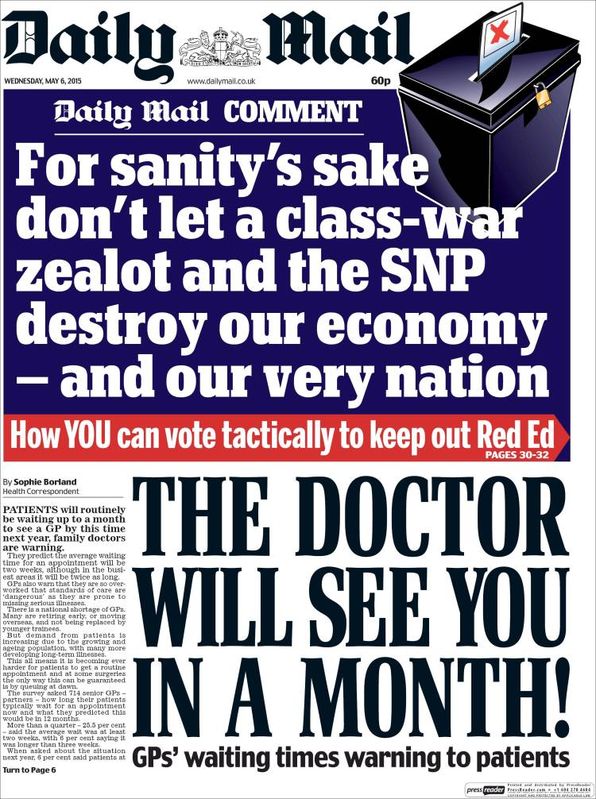 The Sun has gone with the "you wouldn't trust this man to eat a bacon sandwich properly" angle: 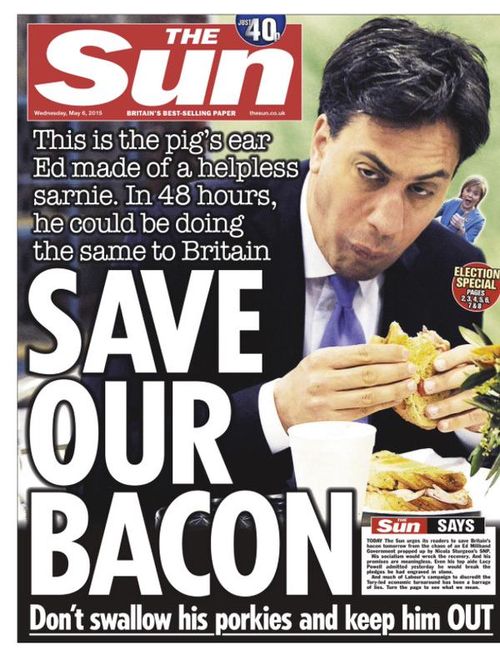 Although the Murdoch press, pragmatic as ever, is showing a very different face to readers of the Scottish Sun: 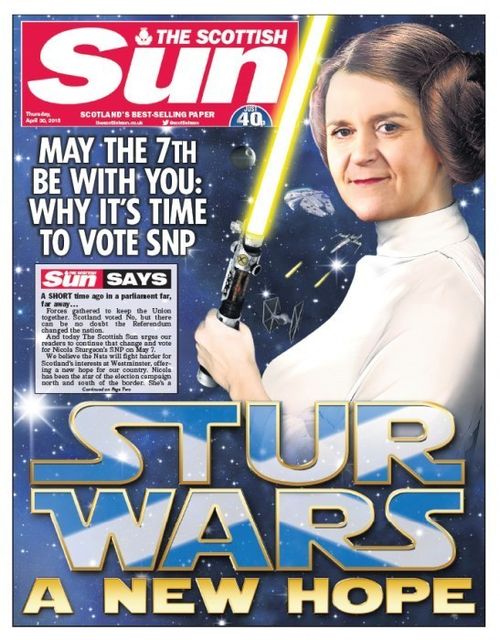 Meanwhile, Russell Brand, influential prat that he is, has decided after a video interview with Miliband, that people should vote after all – after voter registration has closed.

UKIP candidates continue to give the impression that the systematic obstacles to their party gaining a share of power commensurate with its share of the vote is in fact a very good thing. Another one has had to be jettisoned, this time for threatening to shoot his Tory opponent, a British Indian.

Having lived in London for five years many years ago, I think I'll always feel somewhat connected to Westminster politics, so I'll be doing not much other than watching the wires tomorrow morning our time. But I'm interested in hearing from our UK-based readers about how it's been. Feel free to post observations, comments, links and the like in the discussion below. Note that if you just paste in the URL (not the embed code) of a YouTube clip, it will automagically embed.