New Zealand sports writing has often suffered in comparison with with the more elevated work of American journalists, although that's not quite fair. Rugby scribes in particular used to write regularly at length, in tour journals and books. Some of those books – such as Trek out of Trouble, Noel Holmes' unflinching account of the All Blacks' 1960 tour of South Africa – were very good indeed.

But, biographies aside, people don't buy rugby books like they used to. And  like all news coverage, sport has fallen prey to the accelerating news cycle. I'm as guilty as anyone of grazing on online rugby "stories" with little in the way of craft or substance.

On the other hand, there's Dylan Cleaver, who not only scooped the sports pool at the Canon Media Awards this month, but won the health reporting category and the nib senior health journalism scholarship with his vital series about rugby's problem with the long-term consequences of concussion. He shows the game can be written about with purpose.

In the lead-up to the Lions tour, Cleaver has embarked on a series called The Book of Rugby, which is largely not about the playing of the game but its place in modern New Zealand society. How many of the myths hold true? Still some, he concludes. But things are changing.

Every Christmas for years as a kid, I would get the DB Rugby Annual and I would read it cover-to-cover, then pore over it again. 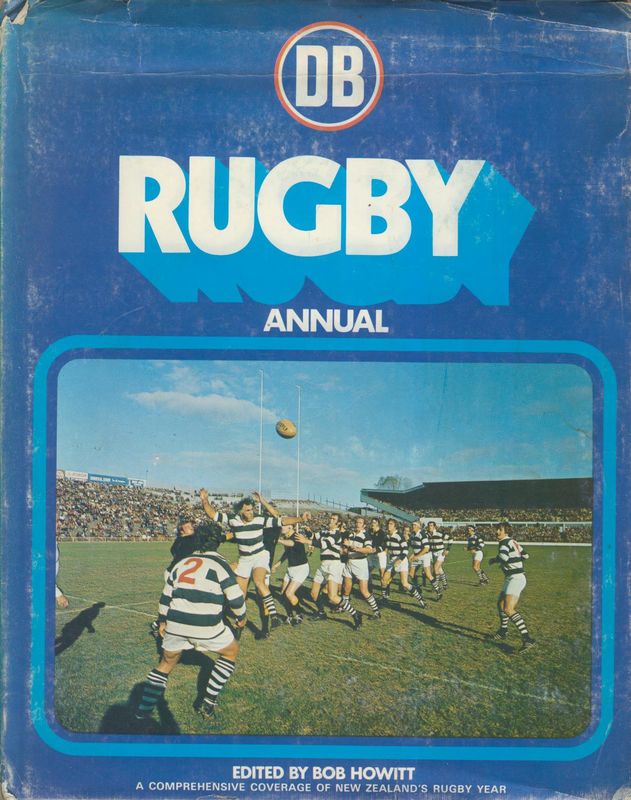 But in 2017, there is no DB Rugby Annual and, as Cleaver notes in his introductory essay:

Put bluntly: the younger the generation, the less passion there is about sport. There is nothing subtle about the decline either. In 2011, 8.7 per cent of New Zealanders described themselves as "passionate" about sport. That number had dropped to 7 per cent by 2014 (with a slight boost in 2015 no doubt off the back of the cricket and rugby world cups).

Although attendance remained steady, consumption (6 to 4.1 per cent) and participation (6.3 to 4.9 per cent) also suffered significant drop-offs between 2011-14.

And yet, rugby is still doing far better than any other sport. Nearly half the respondents in the survey Cleaver quotes describe themselves as rugby "fans" or "fanatics". Rugby league and cricket are some way back on 36%.  It can still rightly be called our national game.

Like all sports, rugby must now pit itself against an ever-wider range of entertainment options. It helps that at its best New Zealand rugby is spectacular entertainment. Super Rugby has been a hard watch at times in its history, but this season all of the New Zealand teams have delivered spells of creative, athletic brilliance. The main problem facing the competition is that our teams are now a bit too good. The credibility of the competition relies on it being a competition.

Another consequence of the move to entertainment has been the creation of rugby celebrities. Yes, top players have always been celebrities – legends, even – but they are now modern celebrities. They get invited to events that get them in the gossip pages, they have their dick-picks leaked and their social media followings win them the same commercial freebies as other "influencers". On top of that, the best of them get paid a hell of a lot of money. (The not-so-good can head overseas and possibly make even more.)

It's customary to lament the associated corporatisation of the game, but former Black Fern (and current Labour MP) Louisa Wall, whose voice appears throughout Cleaver's series, makes a fascinating contention: that the game's halting movement to a more progressive culture has largely been driven by the needs of sponsors.

"Global corporate brands have to be inclusive and embrace diversity so if the Rugby Union is going to be part of that family of sponsors, they are going to have to change," she says. "The sponsors can't align themselves with brands that are fundamentally against what they stand for. Discrimination is not cool. Inequality is not cool."

Wall and (it seems) Cleaver credit the speech of a sponsor – ASB CEO Barbara Chapman – at last year's rugby awards for putting the game on notice that bullshit like the Chiefs' scandals cannot continue. If that's true, it's also true that ASB and other sponsors have also heard the chorus in the media, social and otherwise, to that effect. Even if you hate rugby, you may have helped improve its culture.

The big change in the infrastructure of the game, noted through the series, is the radical increase in the importance of schools rugby. That has come at the cost of the game's traditional community bedrock in the clubs. It has also changed schools. The second part of The Book of Rugby looks at the way professionalism has made its way through the school gates, for good and ill.

It's now a genuine career path for some kids, but that has meant its concentration in relatively few schools, who recruit for ability. In other schools, competitive sport itself is dying out. I was only ever an occasional First XV player, but back then there was no gym work. We were fit as fiddles, but there was no bulking up. I find it hard to imagine me going out every weekend now to face proto-professional gaints.

Schools, Cleaver contends, are also becoming something like the clubs of Europe: outside the control of the national union, focused on their own, sometimes narrow, interests. For various reasons, this may become a problem.

The other way we participate in rugby, of course, is by watching it. I pay quite handsomely to watch rugby on Sky, but I haven't been to a game in three years. I don't live far from Eden Park, but after a couple of miserable years with the Blues (for one of which I forked out a season pass) I gave up. I was offended as much by the feeling that the administrators were hopeless as the players, the feeling that going to a game wasn't a great experience.  I don't really have anyone to go with now anyway. I attended two matches on the last Lions tour (including the Wellington test, which is the finest All Black performance I have witnessed) but this time I'll probably go to none. Cost is a factor there too. The tickets are expensive.

I do wonder whether we'll keep on being able to write our childhood test match memories the way RNZ's sports editor Stephen Hewson has today in A hot dog on a stick, a can of fizzy and my first All Blacks game. Those childhood memories are often how we rationalise a contining belief in the game. Will that still be the case 20 years hence?

Like much rugby writing at the moment, this post serves as a way of marking the fact that the British and Irish Lions have arrived and begin their New Zealand quest on Saturday. A Lions tour, independent, of modern, branded rugby competitions, still carries a weight of tradition. It still invites comparison with the teams of yore. Even though it's not the epic journey it used to be (Whangarei and Rotorua host the only games outside the main centres this time), it will bring a crowd of visiting fans, and they were good sorts last time. It'll be fun.

I'm unlikely to get around to regular rugby posts, so feel free to treat the comments here as a place for thoughts on the games as they unfold, as well as the game itself. It's still worth talking about.