In an era where almost everyone has access to the tools to speak to almost everyone inclined to listen, it's easy to forget that not so long ago, the reins of broadcast communication were tightly held by the state. It wasn't until 1970 that Radio Hauraki was permitted a licence, ending a long state monopoly on radio. And even after that, it was literally an offence to express a controversial opinion on the radio.

Many of us have some idea of the Hauraki story. But there's another story of radio rebellion: one that went on longer, whose protagonists stuck to their guns, and which in many ways had a more profound impact. It's the story of Radio B and bFM.

Audioculture today publishes two articles that tell the beginning of that story – much of which has been forgotten, some of which has never been told until now.

One, The First 10 Years, tells the story of Auckland University's rebellious radio station and the furry freaks who established it and eventually succeeded – beating out Radio Rhema in the process – in gaining New Zealand's first temporary broadcast licence. (Amazingly, even then, they had to put up a $50,000 bond against the risk that they might swear.)

The other one is The Pirate Story. It's about a series of illegal broadcasts that ran, first in AM then in FM, from 1972 to 1980. The perpetrators surrendered the odd transmitter, but they were never caught – and it wasn't for lack of trying. There were raids on the university, plainclothes police, teams of Post Office inspectors and spectacular escapes; questions in Parliament and prosecutions in court.

The two artices are founded in a remarkable clippings file sent to 95bFM in 1992 by one of the pirates (and hence one of the "official" 1970s Radio B crew), Robert Gordon – and thence forgotten until the present 95bFM general manager Hugh Sundae arrived and had some volunteers look in the loft. Robert, who now lives in Wellington, also provided most of the photos and much of the background information for the articles.

He also helped me identify the ringleader of the piracy: a man who has since been honoured with the New Zealand Order of Merit and a Radio Award for services to broadcastng.

Although the more sensational part of the story lies in the first illicit AM transmissions, the subsequent pirate FM broadcasts were actually more influential. New Zealand in the 1970s was one of the last developed countries whose citizens were not able to listen to the radio in FM. The students campaigned on FM – on one occasion firing up a transmitter in Wellington and aiming it at Parliament – and did more than anyone to make the lack of FM an issue.

They also did another thing: played good music. For all that we recall the Hauraki story, the music it was founded turned to more conservative fare in the years after it was granted permission to broadcast. And while Hauraki's management strongly opposed Radio B's applications for a temporary licence, Hauraki's own DJs secretly did shows on the pirate station (then called Radio U) as a form of protest at what they had to play on the job. By the time of the final FM escapade in 1980, hosts from both private and public radio queued up to do pirate shows.

When FM finally did arrive in the 1980s, some of the same tensions came into play. But that's another story – one I'm researching for another Audioculture article.

For now: thanks so much to Robert Gordon and the other people I contacted (including those I didn't have space to quote in the stories): Julie Pendray, Glenn Smith, Tim Stanton, John Sweetman, Stuart Dryburgh (yes, that Stuart Dryburgh) and others. You all helped make the culture.

And in the meantime, you, the reader, might have a moment to consider the contribition this enterprise has made and the new challenges it faces in 2016 – and chip in a litte to 95bFM's Bombathon fundraiser. It's still independent media, after all this time.

And now, here is a picture of a pirate radio transmitter: 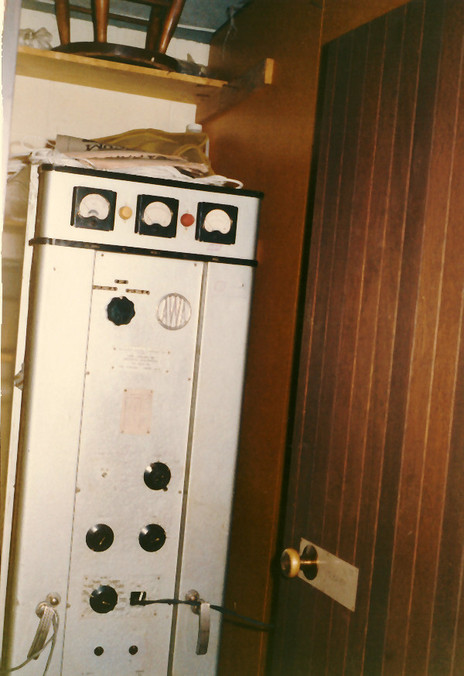