Signs that summer is on the way are not limited to the recent unnervingly early Spring weather: we're into festival reveal season and there are some things to discuss.

Auckland's New Year's Eve party Wondergarden takes a big step up with its first international artists: Dām Funk, a Nightmares on Wax DJ set, and UK clubbers Kllo, along with Cut Off Your Hands, Australians Fortunes and Tina Turntables, with more to come.

Those first two play the night before at Rhythm and Alps, which in turn shares the likes of LTJ Bukem with Northern Bass, which is headlined by Action Bronson and Shapeshifter.

The chart radio-oriented Bay Dreams has now become two festivals, with a second round in Nelson added to the Mount Maunganui show. Home Brew play both those shows and also turn up later in January at Soundsplash in Raglan.

Splore has made its first lineup announcement, which is almost entirely acts that were here this year or last year (or both, in Courtesy's case) – I'm told there's a big headliner being announced soon.

But there's a show at Tapapakanga Regional Park before that: Donald Glover's mysterious Pharos festival on November 23, 24 and 25. Tickets are only available via the Pharos app – and the Friday and Saturday are already sold out, with just 400 tickets left for Sunday.

Laneway promoter Mark Kneebone confirmed to me that his show will be back for a third year in Albert Park, with the first announcement due mid-next month. He notes that it's the 10th anniversary of Laneway in New Zealand "so it's a bit of a birthday celebration for us".

And I can reveal that there will be an Auckland City Limits at Western Springs next year – but not next summer. The promoters are instead looking at a date in late November 2019. I think this make sense for them – it gets them in front of the summer rather than being stuck at the end when everyone's spent their money. I'd like to see this festival find its place and this might be it.

What there is at Western Springs this summer is a Fat Freddy's Drop mini-festival on January 19, featuring Norman Jay MBE, Ladi6, Troy Kingi, Silva MC and Logg Cabin alongside Wellington's finest, with more to come. It's part of a summer national tour which includes another big show in Hagley Park. (UK friends note: the Freddies play two nights with Ladi6 in support at the Brixton Academy in November.)

Closer to now, there's quite a lot on. Arch Hill goes wild with tours by Jonathan Bree and Princess Chelsea in November, both of them coming off European dates and both taking in special shows at the Hollywood in Avondale.

The Beths, featured in Rolling Stone this week, tour next month in support of their utterly winning debut album Future Me Hates Me (out now on the streaming services and here on Bandcamp later today when the Americans wake up).

Tiny Ruins has a short tour in November.

And ... Sticky Filth are back!

And finally, if you've like some nice vibes to end your working week, whanau, friends and fans of the late, great Duncan Campbell are all welcomed to the Thirsty Dog Tavern on K Road later today for some righteous music and good company in his memory. There is, fittingly, a DJ lineup: 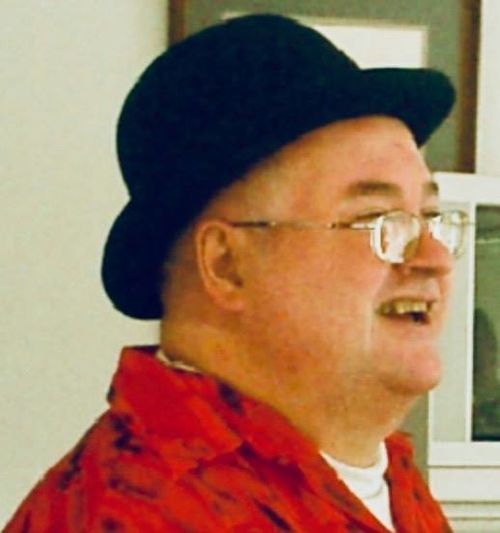 Big week for local music videos. This one for Avantdale Bowling Club's 'Years Gone By' was supposed to go up last Friday, but Tom Scott had an art attack, decided it needed changing at the last moment and sent to back to director Arty Papageorgiou for a recut (while emphasising that Arty had done exactly what he was asked to do in the first place). Thing is, he was right; the darker imagery and the tragicomic ending now do better reflect the song and it the man who wrote it.

The venue is the St James and that's Tom dad Peter on the bass:

Note further that a Tom Scott-curated exhibition launches the Avantdale Bowling Club album from next Friday to next Sunday.

And from Tiny Ruins, whose new song 'How Much' is a tantalising taster for her forthcoming third album (love that outro!):

I've long felt that one way to get people along to niche films is to make an event of the whole evening. And that's what's happening around two special screenings of The Man from Mo' Wax. It's the story of James Lavelle, the founder of the Mo' Wax label whose sensibility brought us DJ Shadow, DJ Krush, Air, Innerzone Orchestra, Rob D, Money Mark, Tommy Guerrero and Blackalicious. 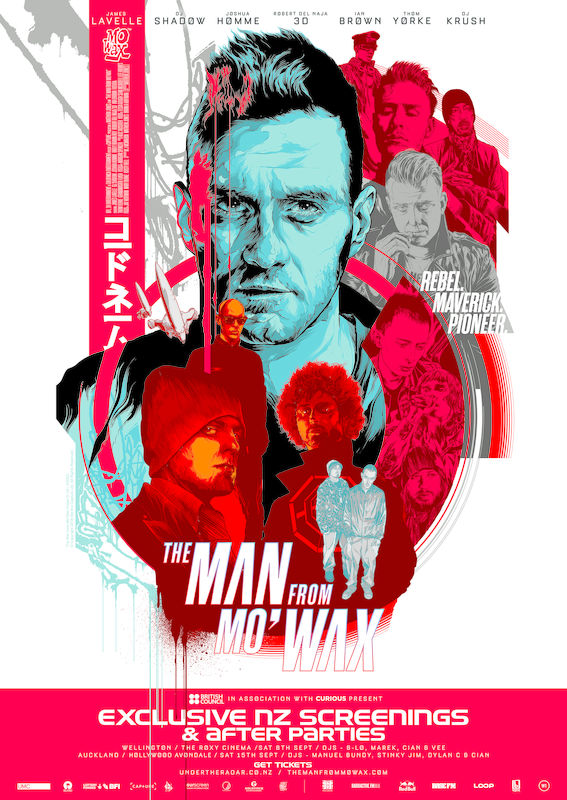 Each of the screenings, at the Roxy cinema in Wellington on Saturday September 8 and at the Hollywood in Avondale on Septemer 15, will become a club night after the film shows,  with DJs B.Lo, Marek, Cian and Vee in Wellington and a serious lineup of Manuel Bundy, Stinky Jim, Dylan C and Cian in Auckland.

Amid the recent (and totally warranted) fanfare around Flying Nun's master tape donation to the Turnbull, it's worth noting that there's archive action elsewhere.

The former members of Alms for Children and This Sporting Life – two basically identical bands from early 80s Auckland – have teamed up with Rob Mayes at Failsafe Records to restore and remaster their original recordings and various live tapes and re-release them on CD, and it's a really nice little project.

The CD cover is an adaptation of the original Alms for Children 7" single on Harry Ratbag's REM Records and comes wrapped in a nice hand-printed cardboard outer. 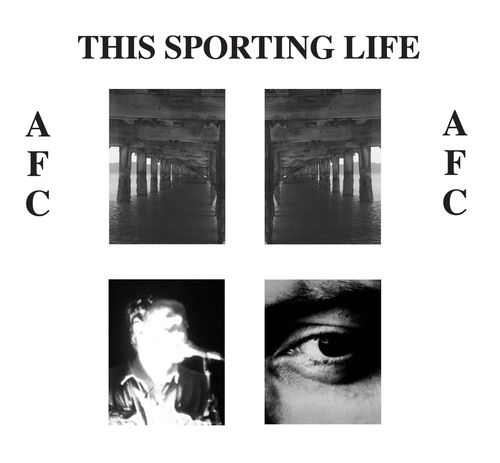 Inside, there's a good-natured account of the bands' story, which is also an account of the Auckland indie music scene of the time: from everyone starting a band, to no one being able to play a gig without boot-boy violence, to just playing gigs with their mates in Children's Hour and Nocturnal Projections until things "ground to a final halt" and they went their separate ways in 1984. Some of them even got respectable jobs!

They also played tour support for The Fall's famous visit, and, it turns out, had more in common with The Gordons than I recall.

It's music of its post-punk time, and none the worse for that. AFC's 'Danny Boy' was the hit (it charted!), but my favourite of the songs here remains this one, from the Show Me to the Bellrope EP on Flying Nun:

There's no pretension here – it's just a nicely-produced document of what they did and who they were; a claiming of ownership. More people should do this. You can buy the record in digital or CD form here at Bandcamp (but note that the CD is $4 cheaper direct from the Failsafe website).

While we're remembering, RIP Mike Fomison, a longtime name in the Wellington music community and buddy of The Spines' Jon McCleary, who recalls him in this tale featuring a fight between Mike and his brother Tony, a ruinous drinking session and Sam Hunt; and this one involving a chimney fire. Mike also recorded work by Madeleine Lane.

Auckland's DiCE crew is back, this time with an edit of Odyssey (free download):

From the forthcoming Left Ear label collection, Antipodean Anomalies, a trawl through forgotten catalogues in Australia and New Zealand, this early electronic waiata:

And a half hour of niceness from High Hoops, with a track listing and interview here (free download):

PS: While they're not officially a sponsor of this post, I would like to draw your attention to the Southbound Records banner ad at the top of this page. That thing in the picture is a Spin Clean record washer. I have one, they're affordable and I basically couldn't do without mine. Just sayin'.