If music is becoming a tougher way to make a dollar, its central role in other economies was underlined this week with the confirmation that Apple will spend $3 billion -- a lunch-money-sized chunk of its massive hoard of cash -- to buy Beats, the music company started by Jimmy Iovine and Dr Dre.

What Apple is buying with its billions isn't entirely tangible. It's not technology: Beats' overpriced headphones and accessories are nothing revolutionary. They're high-end sneakers for the ears, which, staggeringly, turn over a billion dollars a year for the company's Beats Electronics division.

The Beats audio software is irrelevant and the Beats Music streaming service, which launched in January, only has 250,000 users. It's not available outside the US. The pitch is that it's a human-curated music discovery service with a couple of interesting user interface concepts.

If anything, it seems Apple has bought Beats for its people -- Iovine, Dre and Trent Reznor among them -- and their human networks and contacts. How it all fits in this year to what Apple's content chief is billing as its best product lineup in 25 years remains to be seen. But you'd hope that Apple's earbuds might be less shitty one day soon.

This week has turned out to be my busiest music week for a long time. Or, I dunno, ever?

It began on Tuesday with the Film Archive's Pull Down The Shades: Why Chris Knox is F***ing Brilliant, which was a 70-minute compilation of moving image works by and about Chris Knox, with Chris himself in the house.

There were fun moments -- spotting a fresh-faced Murray Cammick taking photos from the pit while Toy Love played Sweetwaters, in a Dylan Taite special report -- and some emotional moments. The latter came mainly in the first public screening of Peter McLennan's Songs of you and me, a revealing Chris bio that Peter made in 1995 as a film student. Even Peter hadn't seen it for a decade. He has blogged about it here. You can expect to see that online sooner rather than later.

On Wednesday, I was lucky enough to attend the recording of Doprah playing for the Herald's  Sundae Sessions at Roundhead Studios (it won't be online until later this year, but the excellent Grayson Gilmour session will be on the Herald site next week). Jackson was there taking proper photos, but here's one of mine ... 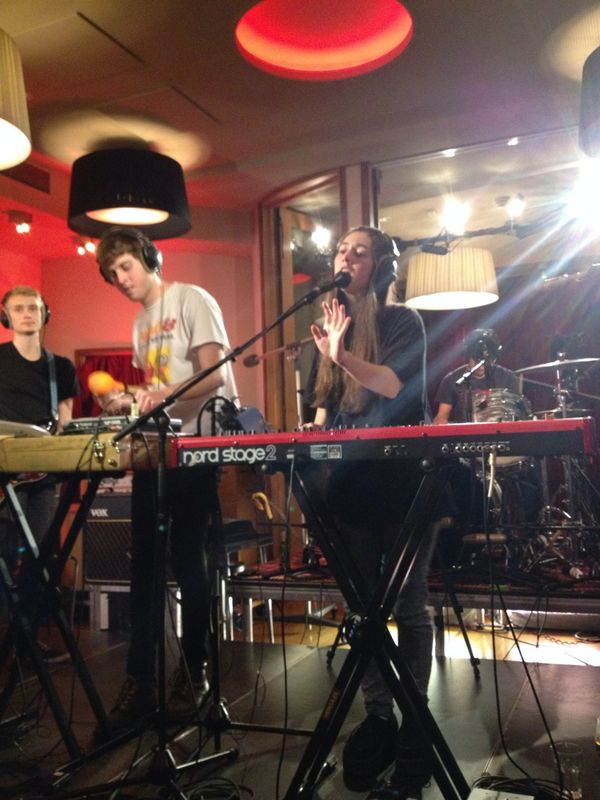 Then a couple of hours later, I was off to the first leg of Lawrence Arabia plays his albums in full at the King's Arms.

The first half of that evening was based around the Lawrence Arabia album, and was fascinating and, as James Milne freely admitted, weird. The second of two halves was Chant Darling, all bright and lovely. The encore was the little-heard 'Auckland CBD Part One' and a wonderful version of the Velvet Underground's 'I Found a Reason', which I don't mind telling you made me cry a little bit.

Last night, I was wondering how they planned to fit a string quartet on stage to play the third album,  The Sparrow. They did, and still had room for a brass section. There were a dozen people on stage at one point and I think the KA's regular soundman Mark Petersen is due credit for the fact that the complex songs, with their considerable dynamic range, came across so beautifully.

Each album was performed with a visual theme. That is, costumes (bedouins, sailor boys and gentlemen) and, last night, quite a bit of happy disco lighting. I'm stunned that they've been able to rehearse it all: not just three albums of material (including songs they'd never played live before), but different arrangements of several Chant Darling songs on different nights and the cover versions. A tremendous Thursday evening closed with a belting cover of ELO's 'Livin' Thing'.

If you're in Wellington, you can still see an album a night at Puppies, from tonight. I would recommend it.

Tonight, I'll be heading for the Arch Hill Recordings 15th Anniversary Show at the King's Arms, featuring an amazing lineup of the label's acts, including Doprah, Street Chant, Tiny Ruins and Don McGlashan. It's sold out. But because I care about you guys so much, I have negotiated a double pass to give away. If you win and you see Arch Hill founder Ben Howe at the gig tonight, you are to give him a hug.

If you're in Wellington, there's a cracking night in prospect at James Cabaret, where the Phoenix Foundation play James Cabaret with She's So Rad and Disasteradio, as part of their Tom's Lunch EP tour. Sound like you? I have a double pass for that.

Tomorrow night, Saturday, is also a biggie. 95bFM's Fancy New Bands Showcase is on at the King's Arms, and is a rare chance to see the most compelling new acts of the moment, including Race Banyon, Shunkan and Totems. It's free for anyone with a b-card (available for $9.50 at Real Groovy, the bFM offices, Sitka in Newmarket or on the door), but I have a double pass to give away to that too, lazybones.

And across town on the same night (I'm telling myself I can do both), The Chills play a rare Auckland gig at Juice Bar in Parnell (the old Windsor Castle). And guess what? There's a double pass to that going too.

On Sunday, Damian Christie and I share a DJ slot,  5.30pm to 7.30pm at Britomart Country Club, as part of Tiger Eclipse, which features a spanking lineup of electronic acts and DJs, including High Hoops. Lineup as follows:

And you now what I'm going to say: double pass!

To go in the draw for these giveaways, you need to click the email icon at the bottom of this post and email me with the name of the show you want to go to in the subject line of your email. I'll draw the winners about 4.30pm, so don't muck about.

UPDATE: Sorry folks, it's all done and dusted. Congrats to the winners.

I don't have a giveaway for Sunday Manitee, featuring Race Banyon as his alter-ego Lontalius (with full band!) and Capsul at the casual venue FTP in New North Road, but that's a koha and if you don't have money you can just bring something to eat or drink. Crazy kids.

Also, I popped in to Allelujah this morning to hear Race Banyon play a short set for 95bFM Breakfast listers. It sounded sweet in the high-ceilinged space of St Kevin's Arcade, but I think he should put it in his rider that he needs a taller desk ... 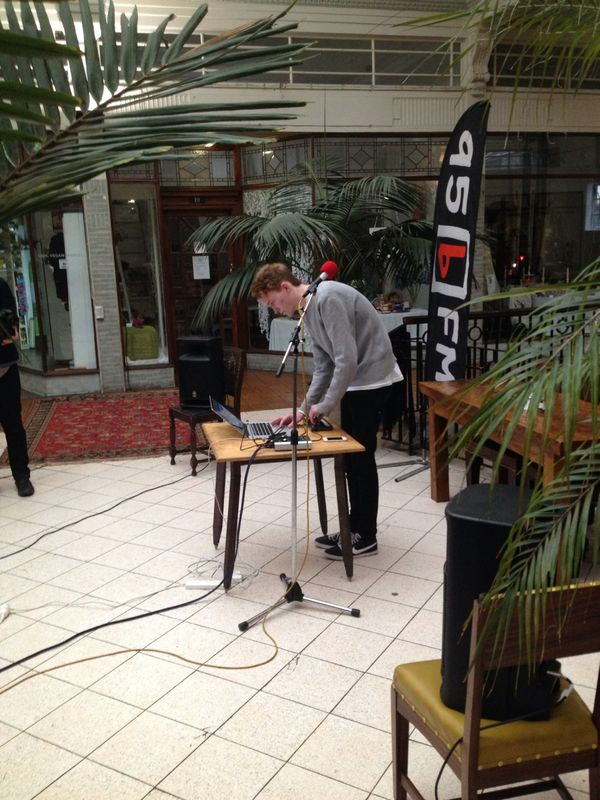 I spent a very pleasant couple of hours in Titirangi this week with Chris and Huia of Kog Studio, talking about and listening to music.

Chris was kind enough to play me a track from the recently-completed album by Jakob, the band's first since 2006 (they didn't actually break up, but hand injuries to two different band members contributed to a very long hiatus). It sounded huge, lush and geographic. I'm not sure exactly when it's out, but it's certainly promising to be worth the wait.

I also heard this -- a surprising (even to themselves, it seems) foray into indie rock for Kids of 88's Sam McCarthy and his fellow Goodnight Nurse alumnus Jaden Parks. There's an album on the way.

And also, No, the new LA-based band from Brad Carter of Steriogram. I had no idea ...

Elsewhere, there's a free download of this sweet neo-soul thing:

On TheAudience, some Sparkle Kitty quirk:

And, finally, I think I'll kick off my set on Sunday with this ...