I went to Denver, Colorado last week.  It’s part of a project I can’t really talk about at the moment, but it’s fair to assume my visit – coinciding with the 420 Rally on 4/20 – had something to do with cannabis.

Coming home, into the midst of a nationwide debate over the status of legal highs, simply reinforced what I’d felt for a long time: that by refusing to even consider the legalisation of cannabis, we’ve ended up with something far worse.

I’m not much of a pot smoker, and nor were the crew I travelled with. Many of my friends are of course, and they thought it particularly unfair that I of all people would get to go to Colorado for what must be the biggest event on the worldwide cannabis calendar.

Possession of cannabis became legal in Colorado on 1 January 2014. The 420 Rally has long been a popular event in the state, but this, the first since legalisation, was always going to be huge.  And it was – tourists from both within and outside the US turned up in droves, hotel occupancy was up by 70%, and for the duration of our stay, most floors of our hotel had a pungent aroma.

There were dozens if not hundreds of events put on especially for the weekend. The 420 Rally in Denver’s Civic Park attracted tens of thousands on Saturday and Sunday, the search-for-the-best-buds Cannabis Cup was also a two-day affair, and live acts and DJs across the city were programmed to delight the smokers. Snoop Dogg played to a sold out crowd at the iconic Red Rocks Amphitheatre on the big night.

At the same time, oddly, if you were walking through Denver’s bar district late at night, around Larimer Square, you’d have absolutely no idea what was happening elsewhere.

Legalisation in Colorado does not mean ‘free for all’. There’s no smoking weed in public, no smoking in or outside of bars, and no smoking in your car. You’ve got to be 21 to buy it, there are limits to how much you can buy or possess (an ounce in most cases) and how many plants you can have (6).

And it’s taxed. According to a lawyer I spoke to, who was largely responsible for pushing the proposition through, it was the Soccer Moms who helped it pass, with one condition: The first $40 million of revenue goes to school construction in the state. It’s estimated the tax on weed could raise $125 million in its first year. Of course, the ‘free-weed’ brigade still believe there should be no restrictions whatsoever on the blessed herb.

At the same time, the state also runs a medicinal marijuana regime. You require some form of ailment treatable by marijuana – the poster I saw at the dispensary recommended a particular indica strain for “fungal infections”, so I’m guessing Athlete’s Foot would do the trick. Medical marijuana is not subject to the same tax as recreational marijuana – the price difference is enough to still make it worthwhile to find an affliction. I’m not saying there aren’t those legitimately benefitting, but I spoke to enough people with “back spasms [wink wink]” to have my doubts. The dispensary I visited said it was about 50/50 medicinal to recreational users, so either the system is being abused, or Denver is a very sick city.  Also, I don’t think it’s good for a person to pretend to be sick to get their fix – while the recreational buyers happily discussed their preferences, the medicinal lot demonstrated all the joy of a doctor’s waiting room. 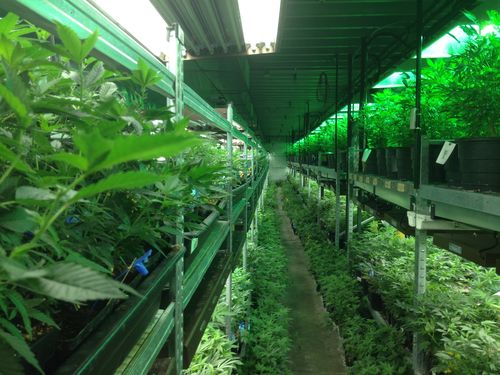 The grow operation we went to was a professionally run business. Quarantine procedures to prevent contamination of crops, clinical cleanliness, happy workers all fulfilling their part of the chain, from tending plants, trimming buds, drying, curing and packaging. At the attached dispensary, the larger-than-life shop assistant helped people choose from the plethora of strains and blends on offer. 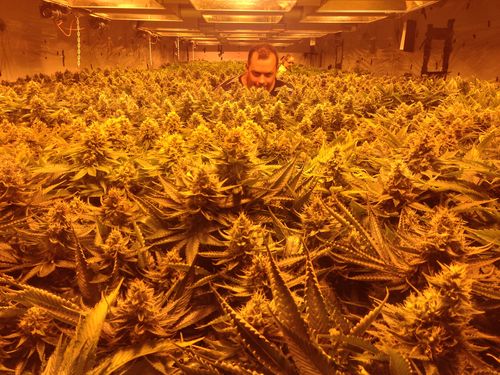 I’ve never been much of a smoker because I don’t like some of the effects. I don’t particularly enjoy the pungent smoke (and the coughing fit it inspires), I feel slow, dumb, occasionally paranoid, my gums and mouth feel weird, I don’t return to normal until after having a good night’s sleep, and even the next morning I can feel a haze of stupidity hanging over me. That’s just me, and of course I realise that millions of people feel differently, and good on them. Just as I appreciate the aesthetics of a runny poached egg on toast, while retching at the taste, so I can understand why it is people like to smoke pot. 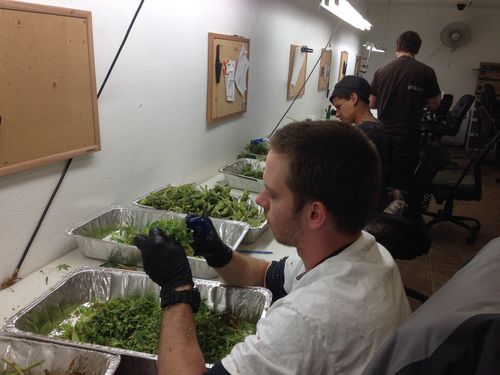 When in Rome, of course, and I was curious to know if the benefits of legalisation included a strain of cannabis I might enjoy. I wanted something that would make me giggle, reminiscent of my early experiences with the drug, probably when it was a lot less strong and/or 50% oregano thanks to the local skinheads we’d buy from.  I bought three different strains at the dispenser’s recommendation. Later that evening, tears were streaming down my face as I laughed uncontrollably. I still don’t think I’d make a habit of it, but it was fun for an evening. 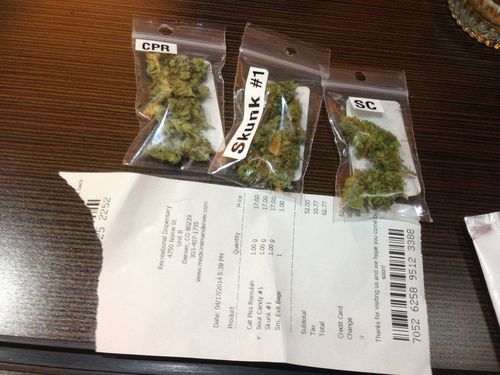 I often think those most vocal about legalisation make the worst advertisement for cannabis, and the first day of the 420 Rally had aspects of that. In a state where it’s legal, would you choose to simply exercise your rights with friends at home, or don marijuana-motif tights, hoodie and cap, and smoke in public? There were definitely kids well under 21 there, getting blazed, their motivation draining before your eyes, and mothers smoking up while holding their babies. It was a bit gross. One boy told me he used marijuana to help with his schizophrenia. Another bombarded me with tales he was close with Obama, played with Van Halen and wrote the script for Anchor Man 4. 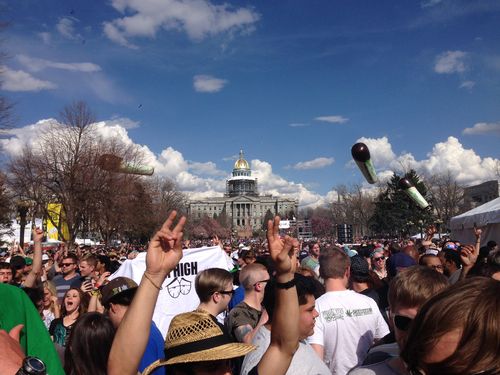 The next day, 4/20 was illustrative of the broader church of pot smokers, normal people rather than NORML people. 30,000 people packed the park to smoke their strains to the strains of Wyclef Jean and B.o.B among others, and the mood was festive. Smoking in public is illegal, but police were turning a blind eye, their presence a response to the 2013 rally, where rival gang violence saw two people shot. As far as I saw, there was no trouble this year. And the mass smoke-up at 4.20pm was something remarkable to observe.

“No trouble” seems to largely sum up Colorado’s cannabis experiment – a process being watched from within the US and around the world. I spoke to a State Trooper, and to the Department of Transportation. No rise in crime, no rise in cannabis-related traffic accidents (anecdotally at least – it’s still a little too early to tell from the stats). One person fell to his death apparently after consuming a pot cookie. Personally, I’m also not keen on the prospect of children mistaking cannabis-laced ‘gummie bears’ for their more benign counterparts, and I’m told there will be more regulation around the edible products. But for the most part, it’s been smooth sailing.

Back home, and we’re freaking out about people going cold turkey from whatever the hell it is in the synthetic cannabis they’ve been smoking. We’re still debating testing on animals and million-dollar safety regimes as politicians run around trying to score points for being tough on this bizarre Frankenstein’s Monster of an issue. The barons of synthesis are rich while people are in prison for growing a few plants.

I’m no pot smoker (although I’d prefer to avoid any workplace testing for the next 28 days or so), but to me the answer seems pretty obvious.