My best rationalisation for not being a gardener is that our sloping 1950s Point Chev section is not really suitable for vegetable gardening. Which doesn't mean that food does not grow in it. We have established fig, feijoa, cherry guava and grapefruit trees (Why couldn't it have been a lemon tree?! Why?!). And this year, for the first time, our olive tree is bearing meaningful fruit.

I've had a crack at drying both the figs and the feijoas in the past, but the cheap food dehydrator I bought at Briscoes simply could not fulfill its stated purpose, no matter how long it sat in the porch sounding like a jet engine. So what I've mostly done is eat and give away the figs, eat a few feijoas with breakfast and watch most of the rest fall on the grass.

But this year, things have been different. It started with the figs. After a small, early crop last summer, we had the best season yet. Like this, lots: 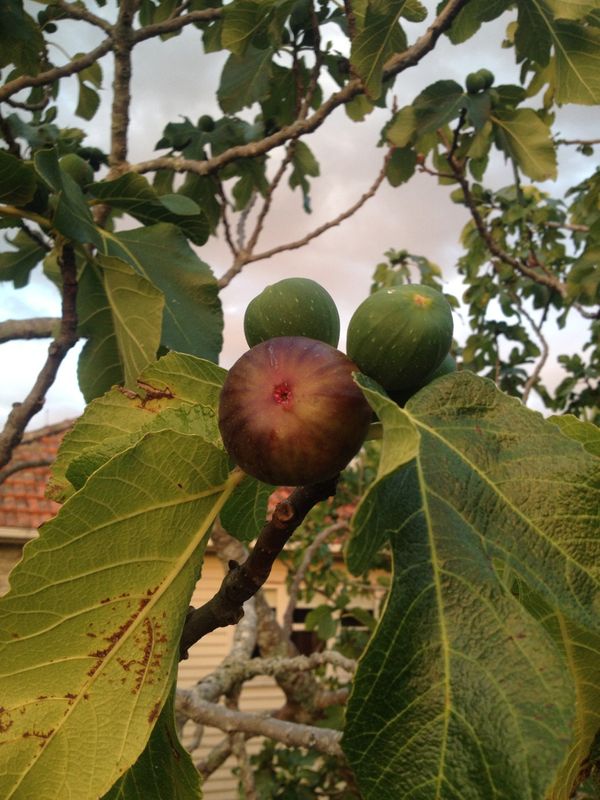 Week after week, I went out onto the deck in the morning, picked a couple of fresh figs and sliced them over my muesli. I took them to parties and gave them to friends. And still there were more. So I thought, well, instead of giving someone else a bucketful to make chutney or pickled figs (not recommended -- they look like something floating around in a specimen jar) I'd make a damn chutney myself.

It didn't turn out to be a particularly cost-effective exercise, given that I not only had to buy ingredients but preserving jars, but it was a bit of a revelation. I'd always thought that I wasn't a preserving person. That preserving would be like baking, where you can't afford to freestyle it if you want it to work.

Turns out that although there's the odd tricky bit, you can get your groove on and you can freestyle your preserving. I figured the recipe I used could do with a bit of chilli. It worked! The chutney is bloody delicious, especially with roast free-range pork.

Thus emboldened, I got out the ladder on Sunday and scratched around for an hour getting every ripe guava on the guava tree. Which turned out to be quite a few: 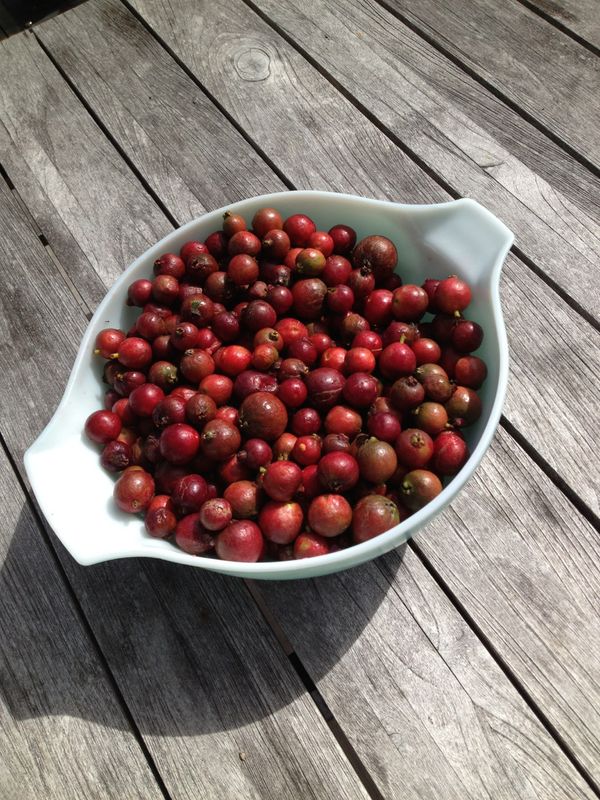 And, lo, as per this nectar recipe, it turned into three of these one-litre bad boys: 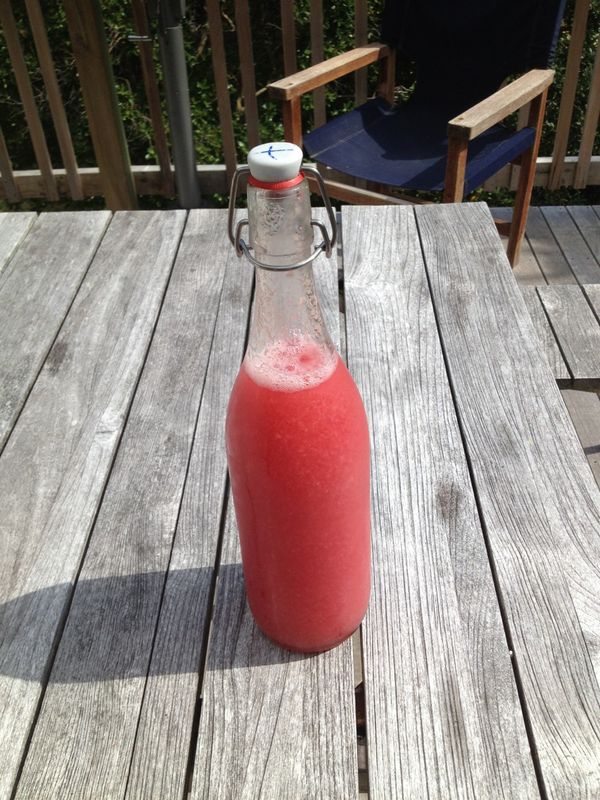 I had a little tequila in the cupboard, so I celebrated close of play on Monday by pouring tequila, guava nectar and sparkling water over some ice and drinking it. And then, for the sake of science, performing the experiment again. Eureka! I'm a bloody genius.

On Sunday I also turned to the olives. Although our tree had fruit, I could see that the project really needed access to the bigger bounty hanging over the neighbours' wall and begining to drop on the footpath. So I popped across the road and introduced myself to the tenants, a young family. They happily agreed to my proposal that I harvest their olives and share some of the eventual bounty. Between ours and theirs, I got about 3.5kg of more-or-less ripe olives: 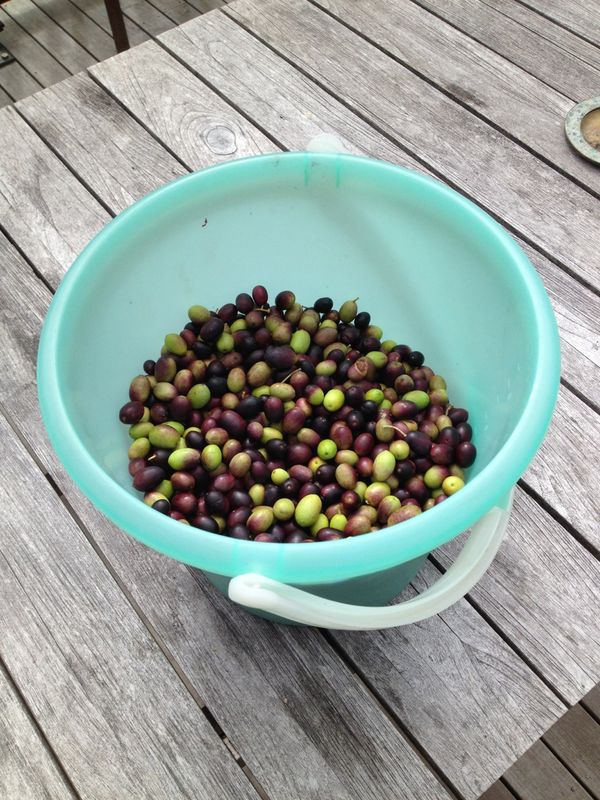 Naturally, I tweeted the picture and thus unexpectedly found myself in cordial online conversation with the Minister of Justice, who also, it turns out, has figs and olives and has been ruminating on their uses. She eventually declared I had "inspired" her, which will probably come as as much of a surprise to you as it did to me. I've promised to report back.

Anyway, the olives. I guessed that attempting to press them for oil would end poorly, but brining them is not difficult. It's just a matter of bruising the olives (I used a rolling pin, the bottom of a measuring jug and my bare hands), dousing them in a bucket with salted water (with a plate on top to hold them under the water) and changing the brine daily for, depending on who you believe, anything from 10 days to six weeks. It's actually pretty easy to tell whether the job is done. If it's not, your olives will taste really horrible.

When the olives are cured, I'll decide on how many I'll experiment with by adding chilli and other seasonings, but it all seems to be going quite nicely at the moment. I'm going to need to find some free jars.

Which leaves the feijoas. I don't really like them all that much, and I'm not sure I want to make a lot of feijoa jam, but the idea of, say, a sweet feijoa chilli sauce is most appealing. Anyone got a recipe?