This week began with the best intentions. Having been off work following ankle surgery, the plan was creativity, productivity and loads of time in the kitchen.

Painkillers and crutches aren’t the best mix when it comes to anything more than watching awful TV and feeling sorry for yourself. I’m pretty mobile in the moonboot now though, so good to go.

Back in the Caribbean with Antigua and Barbuda this week, I found myself intrigued by a popular dish, eaten during their national Carnival (which commemorates the abolition of slavery in the British West Indies), of cold pig feet soup. It sounded horrendous. In a I-kinda-wanna-try-it way.

I’m not that adventurous just yet though.

The cuisine of Antigua and Barbuda in general is similar to many other Caribbean islands. The national dish is “fungie” - a polenta-like dish made from cornmeal – but with the disaster of Angola still fresh in my mind, the name alone put me off. Lobster, jerk spices, sweet potato and rice dishes are common. They also have a popular sweet raspberry and tamarind stew, which I’d love to investigate further at some stage.

Breakfast drew me in though.

It’s the meal that’s always stressed me out. I rarely ate it growing up, then when in recovery it had me lost. So, because of the anxiety and stress – I’ve always been really regimented with breakfast. Very conscious of the fact that if the day started badly, it would only go downhill, I’d find a “safe” food and grasp it. I spent more than a year having a smoothie every morning.

My nutritionist suggested trying eating breakfast rather than drinking it, so I found a paleo nut cereal and would start each day measuring the correct amount of that. One brand, the same amount every morning. I’ve become a bit more varied, but the whole breakfast idea still causes some pretty intense food anxiety – especially on bad days.

And what’s the point of this project if I’m not going to challenge myself, right? So the popular Antiguan breakfast saltfish it is.

Salted cod took about a week to source. Not being too keen on a mission to town, I managed to find it locally locally out west at Euro-Dell– a cool little specialty store on Lincoln Road, nestled awkwardly in an industrial complex beside the motorway. 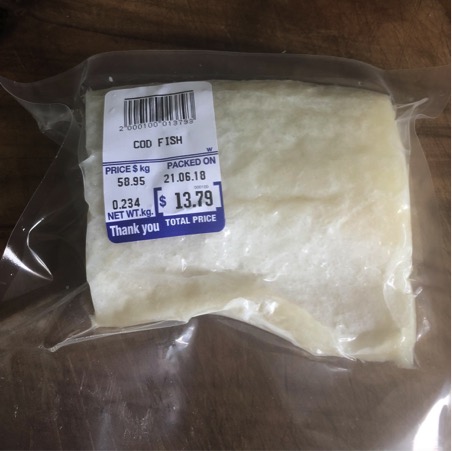 At almost $60 a kg, chances are pretty good that saltfish won’t be a regular go-to, however.

The cod needs to be soaked in water for 24 hours, with the water being changed a few times to get rid of the excess salt. From there, the actual process is pretty simple. Ingredients are oil (I used coconut), butter (I used ghee), green and red pepper, onion, pepper, garlic, apple cider vinegar and “tomato sauce” (though I read that tomato paste with a bit of water works, so that was the go). 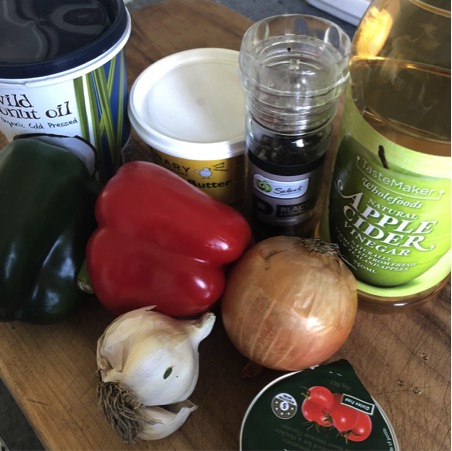 The fish itself gets boiled for about 30 minutes, cooled enough to handle, and then an arduous task of removing the bones and breaking into chunks ensues.

I got nervous here. While boiling, the fish smelled overly … fishy. At breakfast time, it was a little nauseating …

Always a trooper, though, I battled on. And I’m pretty glad I did. 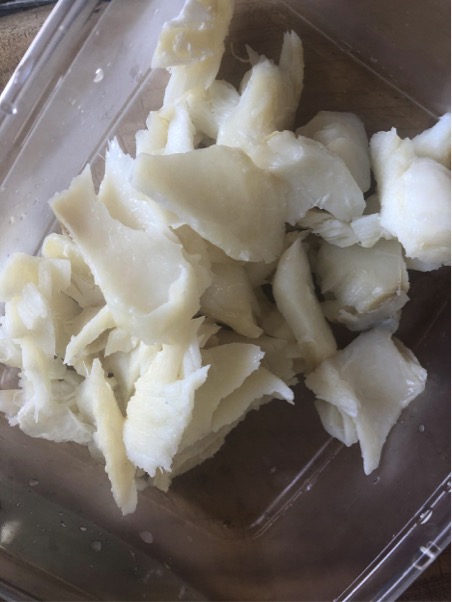 Once broken into chunks, Antiguan saltfish takes about 10 minutes, tops. Peppers, onion and garlic are sautéed, then everything else is added to the pan, and simmered for about 5-10 minutes. 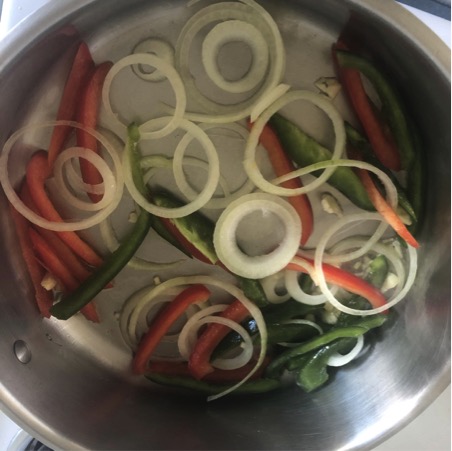 The result? Pretty damn good. The flavour of the saltfish is strong, in a really salty, satisfying kind of way. The tomato flavouring adds to the intense, flavour of the dish. If I’m being honest, I’d likely not have this one for an early breakfast again – just because I do better with mild flavours first thing. For a lunch with a salad and some starchy veg to balance the flavours though – I’d be well impressed.

This is apparently often eaten on weekends after church – that perfect lazy Sunday brunch time, where you have time to sit with family over food and it’s late enough in the morning for a proper meal. In that way, it would definitely work.

I sautéed a bit of spinach with butter for mine, and it tasted good enough to be pretty stoked to have leftovers for later.

And it’s not a smoothie. Or nuts. So that’s a win. 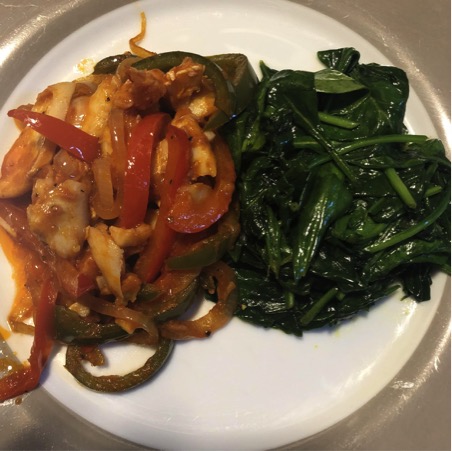