As my friends -- and neighbours -- will testify, our back deck has seen a party or two. And even when it's not actually a party, music will often be played outside in the summer. It is, for me, one of life's pleasures.

Usually, I've lugged out an old pair of rear-vented Wharfedale speakers for the purpose. They sound better outside than they ever did inside (we don't have the kind of room to stand speakers a metre or two out from the walls), but it wasn't an ideal arrangement -- they're heavy and bulky and they have to be brought in whenever it rains, which it does on occasion in Auckland.

But this week, our electrician neighbour finally popped over and installed the 100w Audioline outdoor speakers I picked up recently at JB Hifi, wiring them back to the office stereo. To say these speakers were a bargain is putting it mildly. They're a bargain at the standing clearance price of $91 -- on 30%-off-marked-price day they were just stupidly cheap. And, quite frankly, they sound really good.

I also got the neighbour to put in a line for a sub-woofer. Not an actual outdoor sub, because they are crazy expensive, but just a cheap sub -- part of a broken home-theatre set, perhaps -- that I can bring out when the mood suits. I have since realised that finding a cheap active sub is not at all easy. Any tips?

I also splashed out $159 on a new Apple TV puck to connect via HDMI to the cheap, surprisingly grunty Onkyo receiver that is the basis of the office stereo. Now I can Airplay iTunes, Spotify, Soundcloud and the DJay app from my phone outside on the deck back to the stereo. I plugged the Apple TV into a TV first to set up the wi-fi, but afterthat it has basically just worked. It's a considerably cheaper and more flexible solution than splashing out on AirPlay-enabled speakers. So I'm set for summer. Just as soon as I find that sub.

I'm so pleased to see that NZ on Air funding has been officially announced for AudioCulture, a "noisy library" for New Zealand music. I've been party to various discussions with the founder of the project, Simon Grigg in recent months, and I think it's really exciting.

The site aims to tell the stories and make the cultural connections of New Zealand music since the first local recordings in the 1920s, right up till now. That will involve harvesting and presenting the personal accounts of the people who were there, along with art, images and original media -- as well as, of course, music.

The  idea is that it complements TheAudience, which focuses on new and unreleased artists, and Sounz, which covers the classical field.

Be assured that you'll be hearing much more about this project here in the lead-up to its mid-2013 launch.

"New" New Zealanders -- born elsewhere, calling this place home now -- have brought a real vitality to the local music scene in the last couple of years. I've previously noted the dancehall reggae work of Max and Raiza as Caged Lion (Zimbabwean and Rwandan kiwis, based in Wellington and Hamilton respectively) on TheAudience -- and now the Rwandan half of that duo, Raiza Biza, has released an album that is already generating a big buzz in the global hip hop blogosphere. And it's free for the download:

I'm not sure if it breaks much new ground, but it's still a hell of a record. The most significant NZ release this week, without doubt.

And there are a few releases to talk about.

'Broken Home' a really different new tune from the wonderful Julia Deans, is available as a free download via her Facebook page.

You can buy the vinyl here.

Also from Arch Hill, an intriguing approach to billpostering: they've teamed up with Phantom Billstickers to create an A1 poster with a QR code. SCan it with your phone while passing and it gets you a free Bailter Space download: 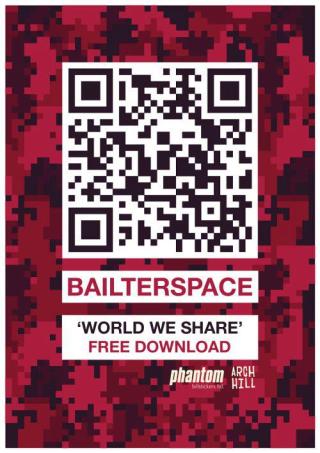 And I saw one of these last night without realising it was another clever Arch Hill promotion: 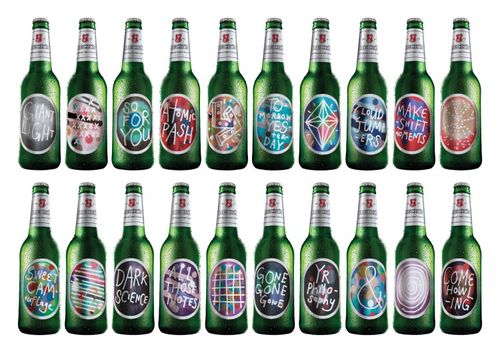 They've teamed up with the artist John Reynolds, who has created labels from the lyrics of Arch Hill artists for a special promotional run of Beck's beer. Frankly, I think 'Yr Philosophy' should be a brand of beer in its own right.

The rearranged Flying Nun Records has a spectacular archive release in early November -- a double LP "collecting all the A & B sides of the three Toy Love singles, plus the best demos from 1979, a live track and a jingle mastered for vinyl, straight from the original analogue tapes, no nasty CDs nor digital sources were used at all." And that's not the half of it -- see the announcement for details of the limited edition 7", DVD, etc.

Meanwhile, the prospective Flying Nun band that got away, PopStrangers, get some Pitchfork love on their new label.

Meanwhile, this week's soul singer you feel you should have been onto before: Spanky Wilson. Because there's always room for another version of 'Sunshine of Your Love':

Some undiluted New York house music, streaming on Soundcloud ahead of a digital release next month:

A couple of shows to look out for ...