Although I'm fond of the place, I hadn't paid a great deal of attention to the wrangle over the closing to motor traffic of the access road to the summit of Mt Eden.

The car ban has been discussed for years, as part of an imperative to protect the physical cone – buses were mercifully banned in 2011 – but the idea gained momentum in 2014, when the Tāmaki Collective Settlement became law, and care of 14 Auckland volcanoes thus passed to local iwi, via the Tūpuna Maunga o Tāmaki Makaurau Authority.

The maunga authority's strong view was that the tihi, or summit, should be clear of traffic as a matter of respect for its spiritual and cultural significance to mana whenua and, in the words of authority chair Paul Majurey, as "a key measure to protect this taonga, and to reflect the mana whenua and community aspirations of their living connections with this taonga."

The Eden-Albert local board agreed, as did Friends of Maungawhau. A Digipoll survey commissioned by the Herald found strong support.

The most organised opposition came from Act's MP David Seymour, who set up a website soliciting submissions to Auckland Council and the authority. Affordable Auckland's Stephen Berry also took some time away from the important job of hating Len Brown to issue a release declaring that "such a move verges on lunacy".

Neither of them was successful and at the end of last month, bollards were put in place to block the road. Access arrangements for motorists are now what they have been for buses since 2011: there is parking and a roundabout for turning part way up the mountain and visitors can either walk up the short way – a little over 200 metres – or take the longer path that winds around the mountain.

Visitors with limited mobility can call the Auckland Council customer service centre ahead of time to obtain a temporary code to lower the bollards so they can drive up – although they will need to be able to quote a mobility card number. Frequent visitors can apply by email for a permanent code.

Well, that's the detail. But the detail doesn't really capture what's happened here. Yesterday – which was, fittingly, the first Mondayised Waitangi Day – I rode my bike over to Mt Eden and came up the summit road. And it was ... beautiful.

What had been a narrow one-way road was now flocked with Aucklanders walking, cycling and running their ways up and down. 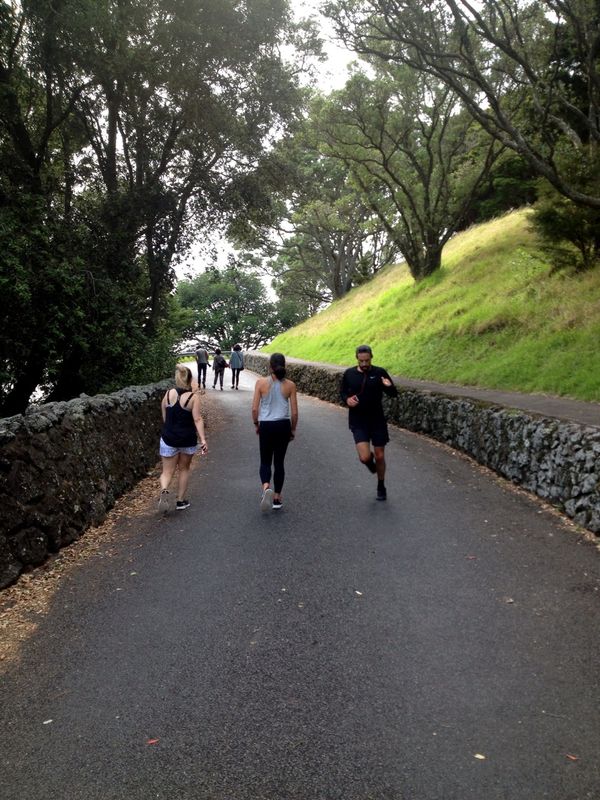 Groups of people from buses parked below trailed over the paths around the cone. And it seemed more possible now to pause on the access road rather than get out of the way lest a car come. One the way down, I stopped to take in a view I'd never really considered before. 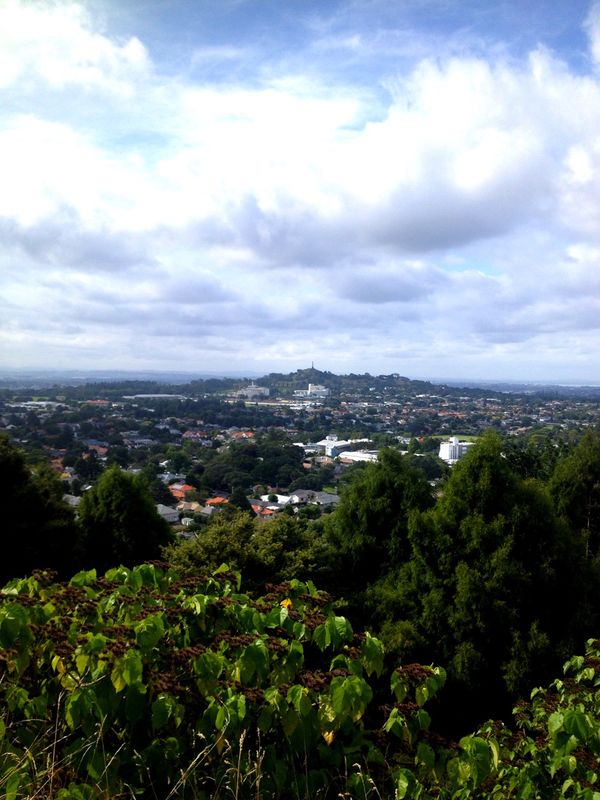 And at the summit? It was wide and clear. There were, as ever, plenty of tourists, but there was space for everyone. 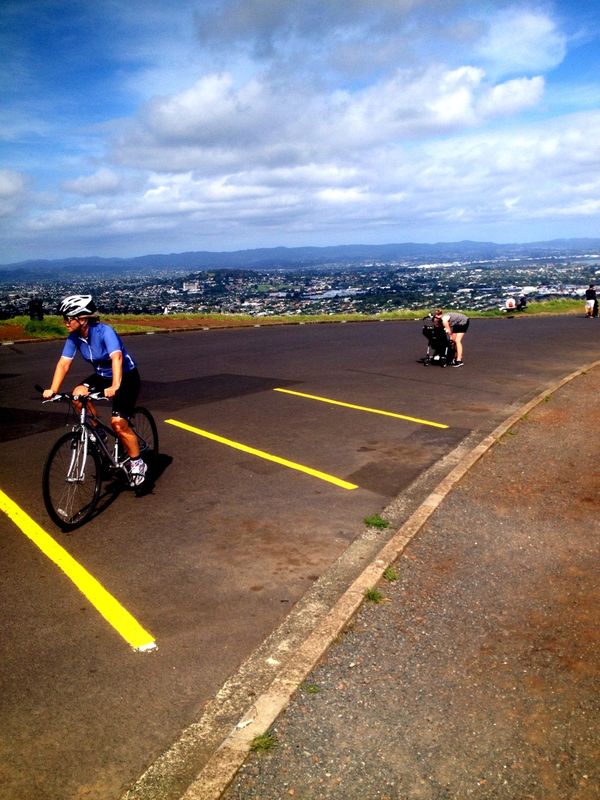 One Twitter correspondent told me that the first time he'd been up, there were "people literally singing up there". Another paid tribute to the "great atmosphere" at the tihi a few evenings back – "I'd love to see a summer festival up there one day," she said. "Stalls in the middle of the old car park."

My only reservation is that already having a mobility card is a fairly high bar for people who might be mobile on the flat but can't manage the climb and perhaps a way could be found to accommodate them without letting that concession be abused. But otherwise, what I saw yesterday was a near-miraculous illustration of what happens when you give a space back to people, and not cars. It's not a closing, it's an opening.

So kia ora and thank you to the Tāmaki iwi. Your manaakitanga does not go unnoticed.

Here's one more good thing. Work has begun on the Waterview shared path, which covers the same stretch as the Waterview Connection tunnel and effectively makes it possible to walk or ride across the motu, from harbour to harbour – if by a somewhat less direct route than the tunnel.

NZTA had to be pretty much boxed around the ears by the Waterview Board of Inquiry to take on the job, but it's begun now and it's good thing.  As a bonus, it connects a string of reserves and public spaces that are currently isolated from one another. In doing so, it enhances each of those spaces.

Jessica Rose has a lovely piece over at Bike Auckland on what the project means to her.