Watson declared yesterday he'd be adding such a statement pending a legal challenge to the Commission's decision, then apparently decided that he'd instead be taking down the song to avoid a potential referral to the police. It's still on iTunes this morning (Apple is not very responsive at the best of times) but it's gone from YouTube.

This isn't the place to argue the legal interpretations (although you may care to dip in to the Edgeler archives), but I rather wonder if the Commission has bitten off more than it can chew on this one. Because Darren Watson's song isn't the half of it.

This week, Powertool Records released The Election EP, a compilation of eight quirky songs, including Jordan Reyne's 'Dear John', which the singer says had to be re-uploaded to YouTube in June after "a mysterious banning coinciding with a radio interview where John Key & this vid were discussed."

One last one, also from The Election EP. George Henderson and Matthew Bannister got together (for the first time?) and made a song about Kim Dotcom, explaining it thus:

This song was not about Kim Dotcom originally, but somehow the verse crept into it. The protest is not that Dotcom is innocent, but that anyone accused of a crime in New Zealand should be charged and tried in our courts. To extradite a suspect to a foreign jurisdiction for a crime not committed on their soil is a betrayal of sovereignty; to expect such extradition is a sign of overweening imperial hubris. The Kim Dotcom case, venal and ridiculous in itself, will nonetheless define New Zealand's role in the world for decades to come.

If there was some indication that these are actually advertisements created for the purpose of influencing voting decisions, rather than composers and performers expressing themselves -- or simply having a laugh -- it might be different. But I think the Commission has gone down a strange road here, and might rue the implications.

I've heard nothing but good things about Stuart Page's Paul Fuemana documentary How Bizarre, which screens on Maori Television at 9.30pm on Monday. Peter McLennan notes that the OMC's How Bizarre album has been remastered and reissued for the occasion, and Stuart will be talking to Trevor Reekie on Radio New Zealand's Music 101 tomorrow, along with Simon Grigg and Alan Janssen.

Also, this looks really interesting: a seven-part podcast on the history of sampling and "appropriation music".

Local reggae is coming on strong. Majic's twinkling roots tune 'Mi Deh Yah' has vaulted to the top of the chart at TheAudience:

And there's another barnstormer from Dub Terminator. This guy's amazing.

That's available as a remix EP on iTunes or Beatport.

The Austraian DJ Copycat has this swingin' bass-enhanced edit of the Staple Singers' "I'll Take You There', which you can buy here on Bandcamp, along with similar nice reworks of Jill Scott's 'Golden' and the Wailers' 'Small Axe':

I think this is the best thing Bobby Busnach has posted in a while -- get in while the 100 free downloads last.

Hat-tip to Charlotte Ryan for this wicked preview from Caribou's new album, which unexepctedly and unbashedly lifts the motif  from Inner City's 'Good Life'. (It's a free track with an album pre-order or available separately -- click through on the player for details).

How's this Lontalius cover version of Partynextdoor's R&B hit 'Grown Woman'? Get the download while you can:

And, finally, one of Jackson's pictures from last night's Broods show at the Powerstation. Nice ... 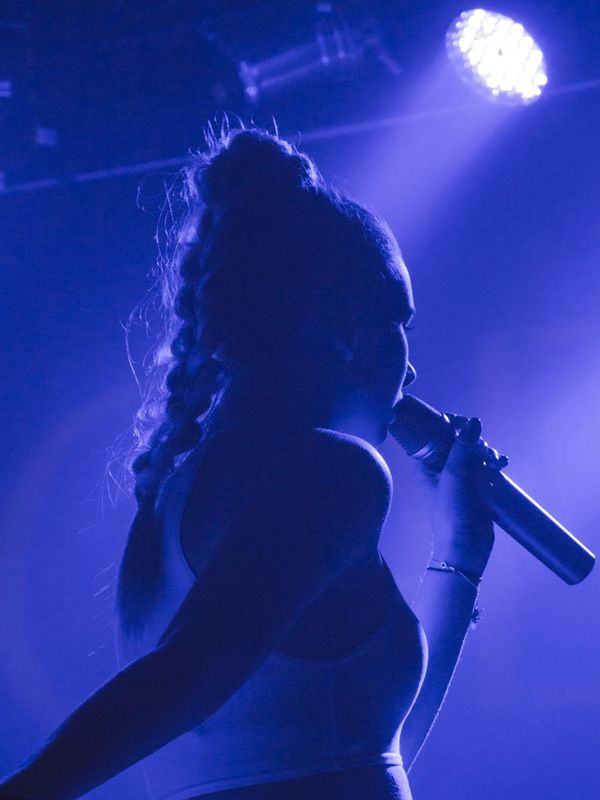