Welcome to the new Public Address – it's been a while! You could see it as a testament to the design of the original "classic" PA that it has operated largely unchanged since 2003. Or you could take the view that I'm a bit slack. Either would be true.

The most obvious and important change to PA today is that Public Address and Public Address System have been merged (PA never got out of beta!). That was always going to happen some time. I hope you enjoy having so much available from a single home page.

The redesign addresses many nagging issues on the site, from the default type size to the width of columns. Cactuslab's Matthew Buchanan explains:

The site has been migrated to the latest version of the Supermodel CMS platform, which brings both infrastructure and performance improvements.

The HTML and CSS has been completely rewritten, with a new visual design that brings more of an editorial feel and unifies posts with user commentary that previously took place in the System area of the site. Webfonts and larger default type sizes bring improved typography across the board, and media queries have been employed to provide grid layouts optimised for smaller screens and devices (try resizing the window in modern browsers). Audio content (including Public Address Radio) is now HTML5-friendly and will play without Flash in modern browsers, and on iOS devices.

Out back, the CMS has been upgraded to make it much easier for us to incorporate images in our posts, and to display those images on the home page. I expect the improved image tools to be a significant influence on the feel of the site, and when we've settled in I'll be more than happy to receive photographs from Public Address readers.

We'll also be taking the opportunity to assemble a stable of more regular guest bloggers alongside the regular (more or less!) bloggers on the main masthead. These new voices will also have their influence on the tone of the site.

But the culture that makes this place work won't change. The ability to show respect for others, even in the course of vigorously disagreeing with them – and to let grudges go – is crucial on Public Address. As is the valuing of knowledge. Not for the first time, I'll quote Gordon Dryden: "Don't give me your opinion – give me your experience."

You'll notice a new, squarer, ad format appearing sometimes within columns. You may not like it. But that is what advertising agencies wish to buy now, and we've been missing out on campaigns by not being able to offer such a position. As things stand, even at the very friendly rate that Cactuslab gives us, this revamp will cost most of what Public Address earns this year.

This has been a tricky time for me – and a very challenging week in which to launch. For the last three and a half months, I've been working with our house being dismantled and extended around me (more of that anon), and this week sees me make two Media7 shows and chair the bound-to-be controversial Hobbit panel at the Spada conference.

I've consequently placed a great deal of trust with Matt in design decisions, and it's quite a luxury to be able to do that. Thanks to Mike Harding and Gary Henson, who walso worked on the upgrade. And I'm grateful to the rest of the Public Address blogging crew for seeing things I've been too preoccupied to notice.

Over the next week or two we'll iron out any bugs and look at whether there are any minor features that could be added. You'll see blogs with more and better pictures, and begin to read the work of some of the new guest stable. We'll also do more marketing of the site itself. Pundit can run one of our banners for a change ;-)

Anyway, enjoy. I've got some work to do.

PS: Because everyone loves the kitteh, and to try out our nice new image chooser, here is a photograph of Colin, our cat. He has no harblz: 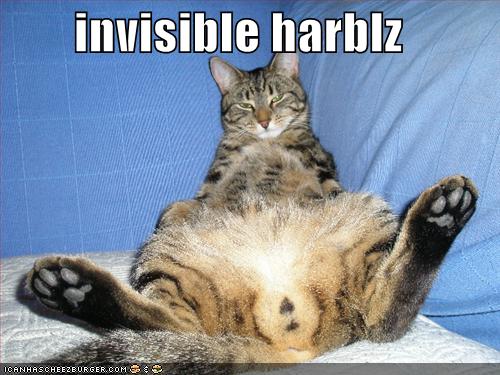