National probably made the right call when it declined to contest the Mount Albert by-election. After wheeling in the big guns in Roskill last year and getting thrashed, it would not have relished the prospect of Bill English's election year opening with a defeat. Indeed, that's the media narrative the new Prime Minister would look to avoid at all costs.

So it opted for the lesser evil of allowing Labour and the Greens to open their election year with two months' exposure for their respective platforms and – if they get it remotely right – two months of largely positive headlines.

Labour leader Andrew Little seemed well aware of  that when he spoke at the launch of Jacinda Ardern's Mount Albert campaign yesterday. Indeed, he took the opportunity – rare enough these past few years – to mock the governing party.

"They really believed they were going to win!" he chirped of National's experience in Mount Roskill. He talked about his own party having "the wind in our sails from Mount Roskill and the local body elections last year." He actually looked like he believed it.

Andrew Little no longer wears spectacles, at least while he's out on the big jobs. He had a sharp haircut and his suit, with a dark open-neck shirt, looked tailored. Perhaps I'm imagining it, but this guy: 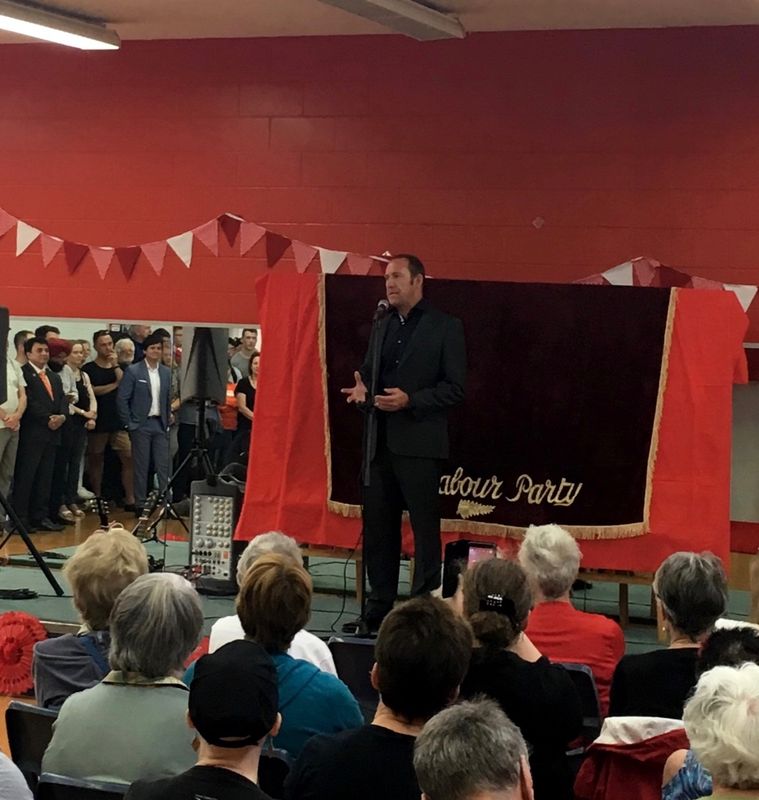 Looked a lot cooler than this guy: 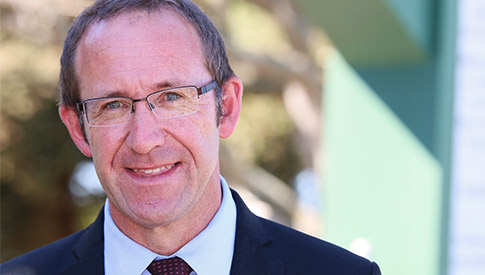 The biggest speech I've heard Little give in person was last year's State of the Nation in Albert Park. And while the substance of that speech (free tertiary education) was strong, it felt like we were being asked to make allowances for his lack of charisma in delivering it. He (ahem) laboured through dud jokes, sincere but clearly not one of nature's orators.

Yesterday, he seemed a more relaxed and confident speaker. He told one joke (about being able to tell he was in Auckland by the floor-to-ceiling mirrors) which wasn't exactly a Billy T winner, but wasn't too bad either. He expressed some political philosophy, hit points about housing, education and transport, and it flowed.

Perhaps it's just another year in the job – or perhaps what Simon Wilson described recently as an "Andy Plan" actually exists.

Little needs a small crew of high-powered advisers to take charge of his public appearances. I’d say, five. First, a director of theatre and television to train him in oratory and compelling presence, on stage and on screen. Seriously, he needs to rehearse with an expert.

Next, a writer for those inspirational and confidence-building speeches, with the rhetorical skills to craft phrases that set news bulletins and social media alight. Third, a stylist. Fourth, a media trainer to work on how to give better answers to journalists. And last, overseeing it all, someone who will make him take all this seriously.

Of course, he has people in some of these roles already. But it’s not working, guys. You need to up your game or step aside.

On the other hand, I wholly disagree with Simon's contention (and that of Phil Quin, who I'm much more accustomed to disagreeing with) that it's unfortunate that Little himself is not Labour's candidate in Mount Albert.

That would have been a very awkward path to take. An "I don't care where so long as I'm mayor" decision. Labour flying in a leader with no connection with Auckland in the hope he might get a seat to call his own.

And the perception of Ardern being shoved aside by the party would have been damaging. Ardern has a real claim on being considered the local candidate here in Mt Albert, not least because successive boundary changes mean her natural support base actually now lies in Mount Albert. You could say that she didn't leave Auckland Central, Auckland Central left her.

She's popular in Auckland. She is, although she'd be obliged to cringe at the idea, something of a celebrity here. She has useful connections with the local body left. And as of a couple of months ago (and before David Shearer resigned), she lives in the electorate, in Point Chevalier.

She's also a hard-working campaigner. Encouraged by the evidence that what Labour did in Mt Roskill works, her team will do a lot of old-fashioned door-knocking. She alludes to that at the end of this clip:

It wasn't an accident that she later invited any new volunteers to join her in going out and knocking on doors immediately after the event – promising beers at the end of the day. Being on Team Jacinda might look like a cool thing to do.

Certain other commentators have declared that the Greens' decision to stand Julie Anne Genter in Mt Albert is a disaster. It really is not. It's a perfect opportunity for both parties to show that they can engage in a respectful contest of ideas within an overall understanding of cooperation.

It might have been otherwise with different candidates, but Ardern and Genter are grown-ups. They like each other personally. They have things in common – while Ardern was speaking at the Women's March in Auckland on Saturday, Genter was addressing its sister rally in Wellington. (They both also have informed perspectives on drug policy – the difference being that while Genter can actually talk about policy, Ardern is confined to wearily acknowledging that any reform is "not a priority" for her party this year.)

The Mount Albert electorate has had only four different members, all from the Labour Party, since it was created in 1946 (and one of those only lasted a year before dying) and half of them became the MP in a by-election. The odds are that on February 26 it'll be three out of five. The challenge for Labour and its friendly rival will be to see that that plays out in a way that is as beneficial as possible for both of them.