Call me crazy, but I gave myself  the weekend off, which meant I wasn't doing my usual job touting content. But Saturday's Media3 shed some light on things we've spent the past two weeks talking about here, so let's call it a Monday treat.

Computer security consultant and Kiwicon organiser Adam Boileau joined Toby Manhire to discuss the news media's handling of the MSD kiosks story in light of this irritated blog post by Keith Ng about this horribly misconceived One News story.

It was Adam's first TV appearance -- he having long taken the advice he offered to Keith about no good coming of hackers talking to TV journalists -- and I think we managed to demonstrate that sometimes,we can have nice things. Nice enough that I called for us to roll on with another seven minutes of online-only chat about Defcon, Kiwicon and how they're not really secret underground hacker conferences.

We contacted the SMC's general manager Peter Griffin about the idea -- and he confirmed he'd often thought of such a thing himself:

"We're swimming in technology stories and especially with the Kimdotcom thing - which is a major news story - there is a demand for consumers to have the right information. There are also issues central to the economy.

"We've tried to do tech stuff but our remit is evidence-based and it presents difficulties when you have something like this backed by industry -- which then presents conflict of interest issues. It would be hard to do -- because if you have Microsoft or whoever backing you - there is the question of independence.

"It'd be hard to do on an SMC model, to make it sustainable and independent. [But] there is potential with a university backing it."

I think it's worth examining.

The second Media3 item was an interview with Benedict Collins, a young reporter who filed an award-winning series of reports for his former employer Country99TV on the PSA bacterial investigation that has badly damaged to local kiwifruit industry.

What I like about this work is that Collins did his own research and determined that not only could PSA come into the country in a way that MAF declared impossible -- with pollen -- it very probably did enter the country that way. It was good to see Otago University's Dr Russell Poulter (who you may recall as an important voice during the Corngate controversy) tapped for his knowledge.

Given the way MSD's security breach has commanded the headlines recently, it's worth noting that that the evidence is is that MAF (or the Ministry of Primary Industries, as it is now) has been complicit in a security breach with even greater consequences. Heads haven't exactly rolled.

This is the first in the series of four reports that won Collins his Rongo award:

This week on Media3, Jose Barbosa will report on Saturday's We Can Create conference in Auckland,  which featured Adbusters, Taika Waititi and others.

I had hoped to get there, but I wound up as "guest artist" on a cycle tour of city galleries organised for Artworkk 2012 by Julian Hulls of Nextbike. It was a bit wobbly to begin with -- our planned first port of call, Artspace, was locked up (turned out they'd had their 25th-anniversary drinks the night before) -- but it turned out to be a very pleasant way to spend two or three hours on a sunny Saturday.

I pitched in at Whitespace and made my contribution to Nic Moon's public collaboration in the medium of cow manure on window glass, first dipping my hand into this actual bucket of shit: 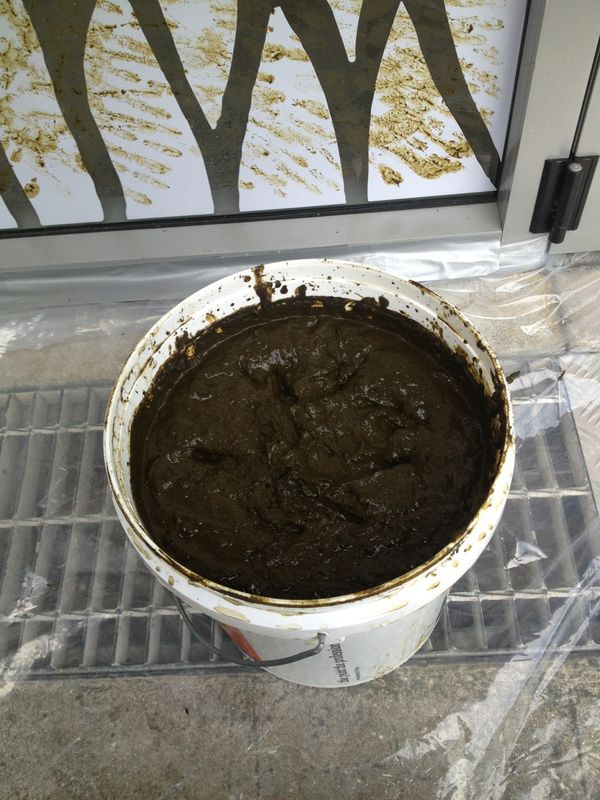 I thought this part (not by me) was pretty: And Nic was about as agreeable as you could expect a person with shit on their hands to be: 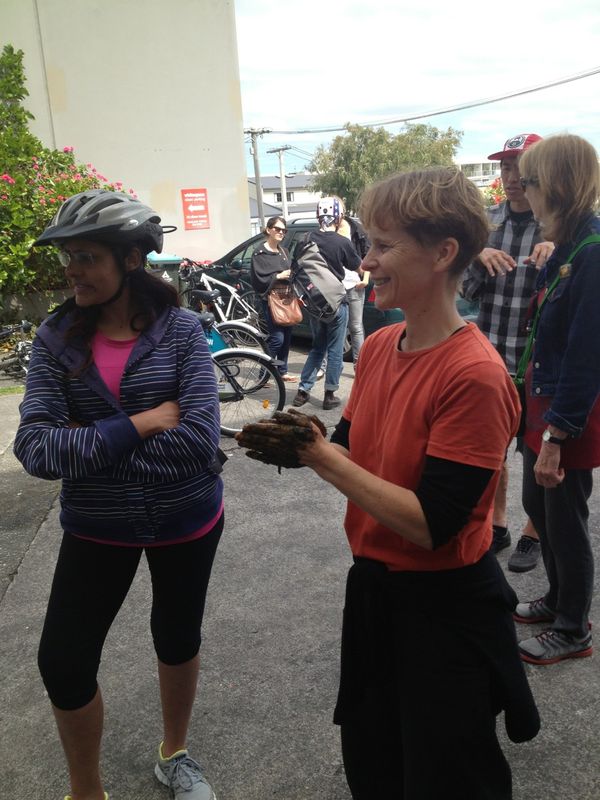 But the work that really took my fancy was Deadlock, by the New Plymouth photographer Kevin Capon, at Sanderson Contemporary Art on Jervois Road. This picture doesn't really do justice to the work, which looks, at full scale, like a hyper-realist painting: 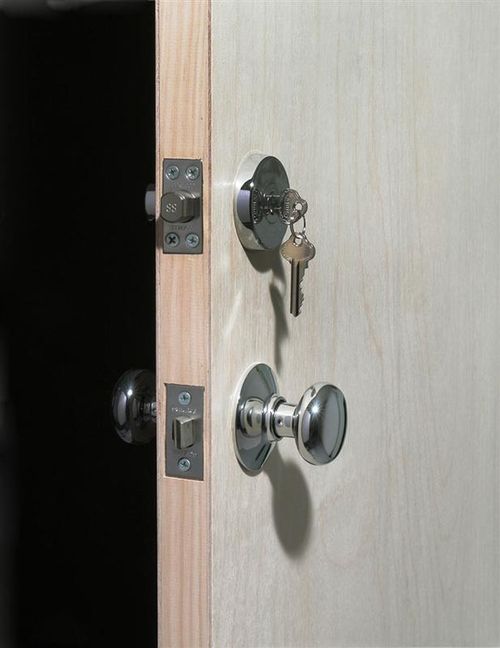 I thought it was profound for reasons I couldn't fully voice.

Anyway, thanks to Julian, Craig and everyone who came for the ride.

On Sunday, I rode my bike to La Cigale: 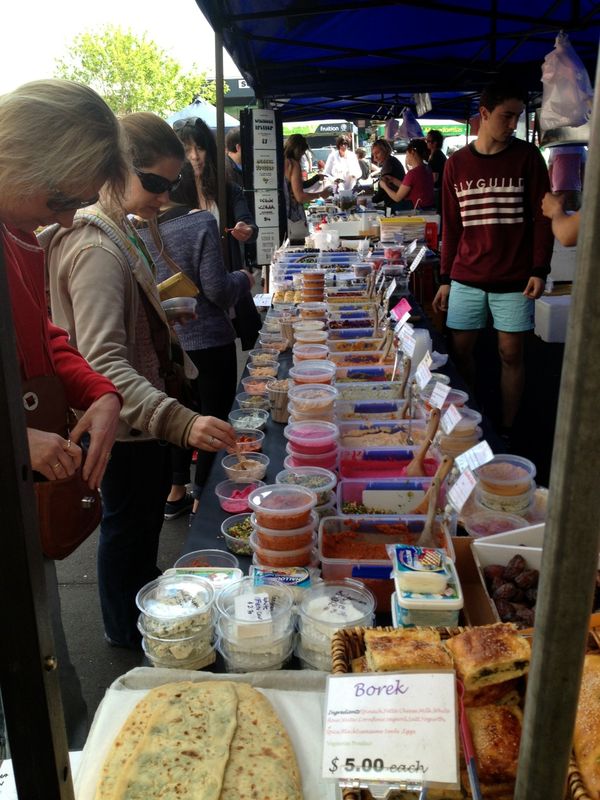 Caught the kids' fun-run that accompanied the Auckland marathon: 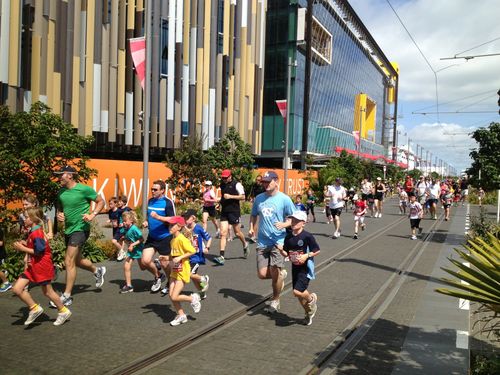 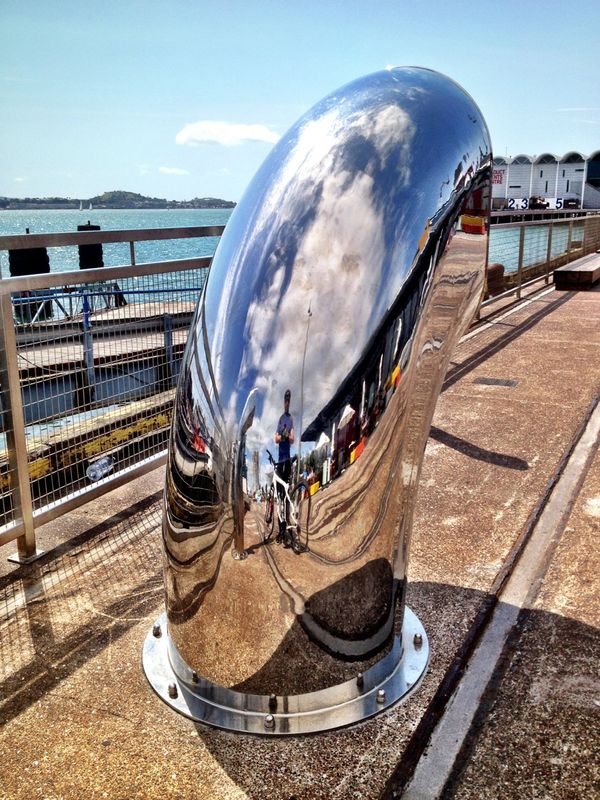 And celebrated some street art -- executed by Askew One and organised by Hamish Keith: 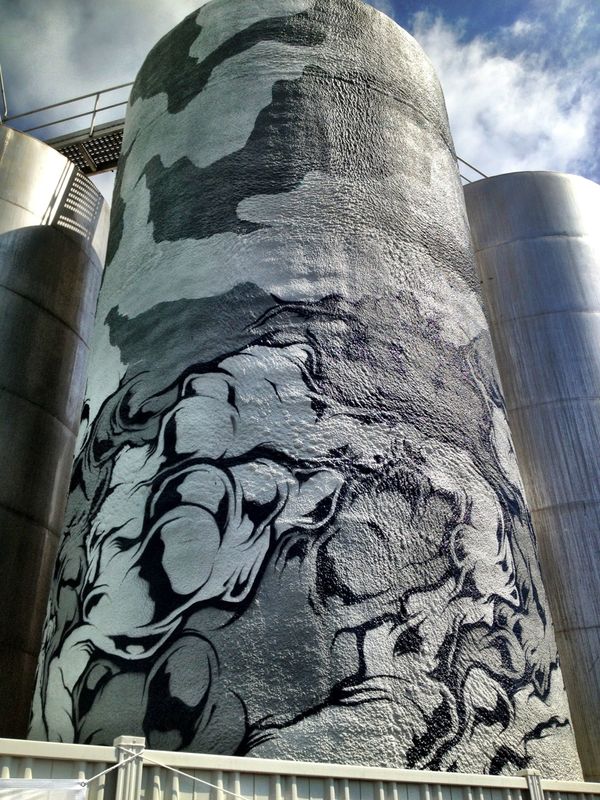 Later, a few of us drove to Henderson Park for the Waitakere Festival, which was smaller than I expected but all the better for it. I snapped this impossibly rare original 1990 The Box silk jacket. 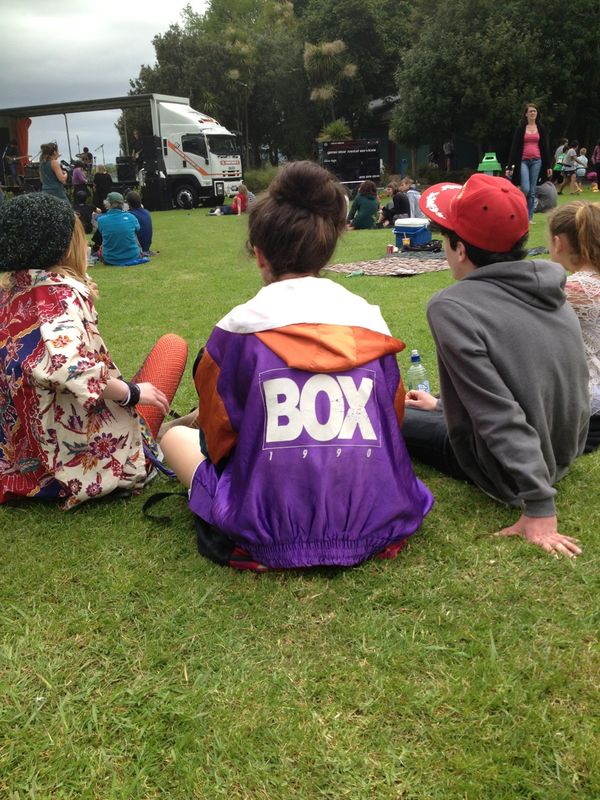 The teenage girl wearing it said she got it from her brother and didn't know where he got it from. Simon Grigg says there were only ever seven made, each unique. He thinks it might be the one that belonged to Box barman Al Murray.

We also got to see Robert Scott perform a set of solo, Clean and Bats tunes: 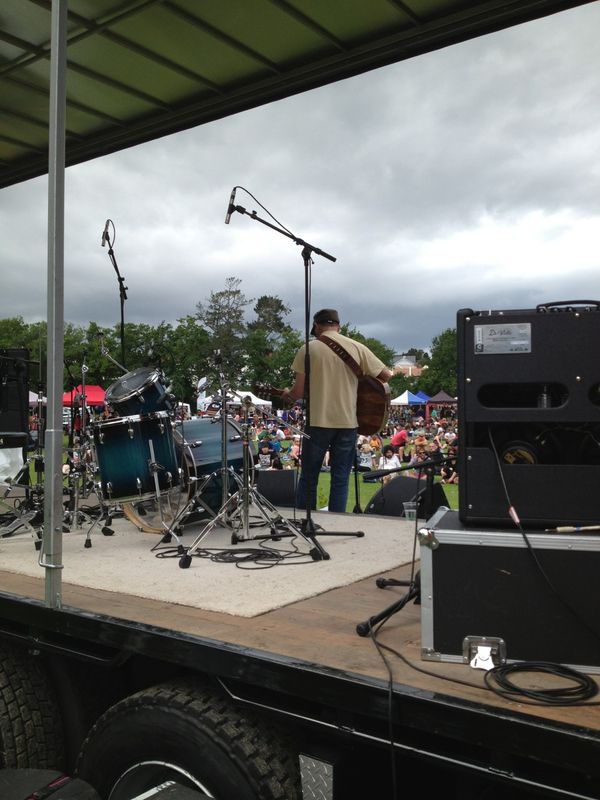 Meanwhile, Colin the Cat contrived to stay in the shade ... 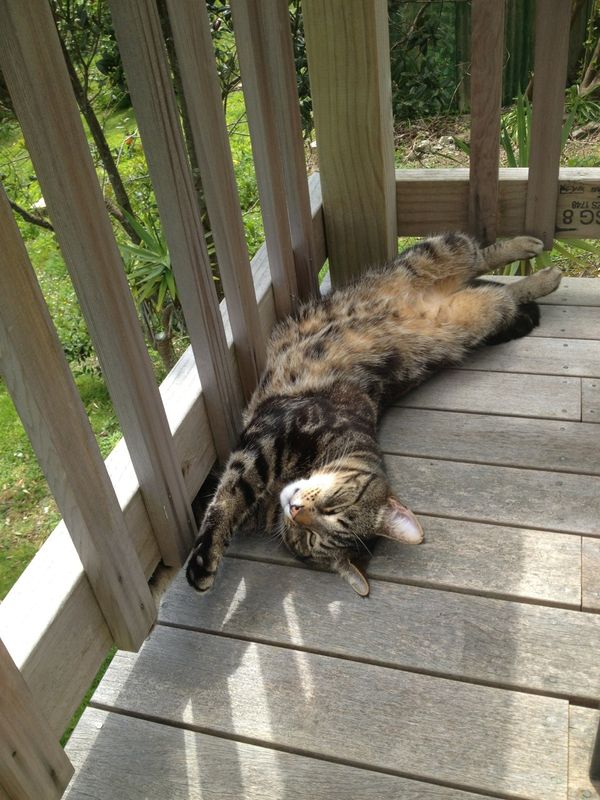