As the Bard once wrote, brevity is the soul of wit. And while he was able to bury his zinger for the ages in a rather windy speech by Polonius, your modern epigram is more likely to be expressed in 140 characters or less. That's the theme of a promotion we're running from now until the election with Zumwohl.

Zum-what? It's a traditional German schnapps, the first to be produced in New Zealand. It's made by German-born New Zealander Ulf Fuhrer in Wellington, and the name translates, more or less, as "cheers".

It's essentially an alternative to vodka, to be taken in shots or in cocktails. Indeed, Mr D. Farrar of Wellington parish has declared it to be both smoother than and preferable to vodka. The judges at this year's World Spirits Competition in San Francisco were also impressed, awarding Zumwohl Gold and Silver medals.

Starting today, we and they will be awarding a bottle of Zumwohl every day to the best election campaign tweet -- and a case for the best overall campaign tweet. Zumwohl call it The Rule of 140.

To qualify, you'll need to follow the @zumwohlparty Twitter account (don't worry, it's not going to flood your stream) and use the #zumwohl hashtag in any eligible tweet. It's pretty simple. (And yes, pedants, including the hashtag leaves only 132 characters for your zinger. Suck it up.)

You also need to be in New Zealand and, naturally, at least 18 years of age.

I liked the idea when it was pitched to me because the product is local and because it looks like fun. It also earns Public Address a little money before Christmas in what's been a lean year. The tweets can be purely humorous, or they can be actual distillations (see what I did there?) of the various parties' policy positions. Whatever works in your head and appeals to ours.

I'll be noting the best of the #zumwohl tweets as we go along. Your first chance to responsibly enjoy a complimentary bottle of Wellington's finest premium spirit is  … today. 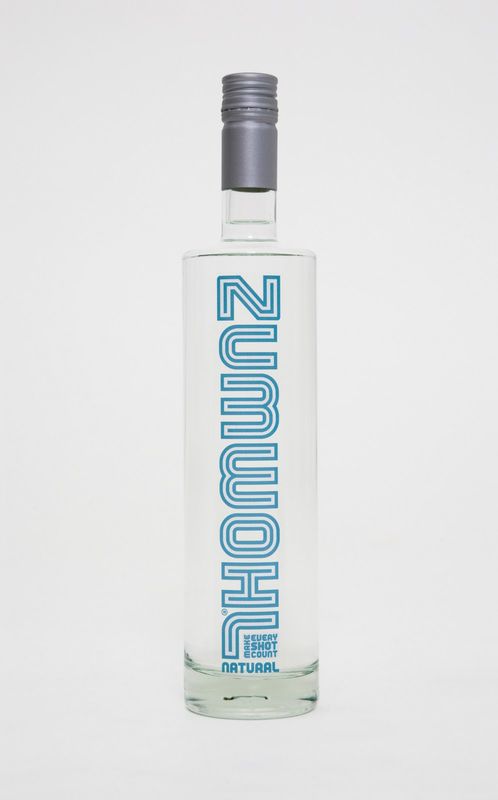