For the last ever episode of Media Take this year, which we boldly themed on "the future", we invited on Dan Taipua, creator of the concept of Aotearoa Futurism, which, as described in the two-part programme he made for RNZ (Part One and Part Two), "describes Maori who imagine, create or are receptive to ideas that play with, and sometimes even obliterate, the boundaries of technology and time" – the "Space Māori".

At the time, Thor: Ragnarok was on the verge of release, and Dan agreed that its director Taika Waititi was undoubtedly the head the Space Māori. (He went on to write this piece for The Spinoff, exploring the themes of the film and its connection to a Māori worldview.)

With the release of his new album, Shake That Skinny Ass All The Way To Zygertron, actor and musician Troy Kingi may not quite have toppled Taika for the title, but he certainly takes his place alongside the likes of pioneer Space Māori like Billy TK. (Indeed, Billy's son, Mara TK, a core collaborator on the album, featured in Dan's radio show. Space Māori connect across time and distance, remember.) 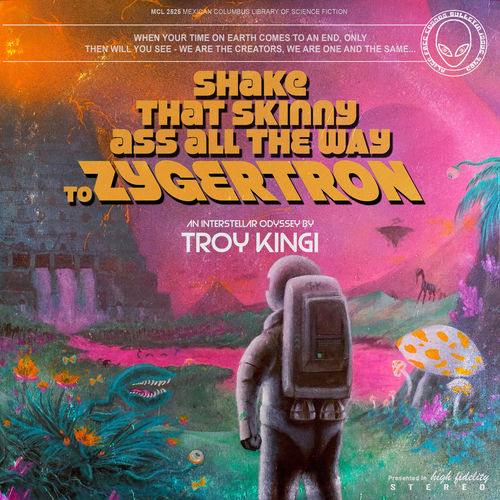 Kingi describes the album as "a fictional account of two people from different times & dimensions meeting in the cosmos – falling in love and having a child with golden feet – fulfilling an ancient prophesy written in the hieroglyphics of the coming of the messiah ... " and, asthe sleeve suggests, it's full of space tales.

Aotearoa Futurism is in part built on the more established concept of afro-futurism, a culture of expansive aspiration that has its roots in Black Freemasonry and can be trace traced through Sun Ra, Thelonius Monk, Hendrix, Parliament, the Ultra-Magnetic MCs and techno creators like Derrick May. So it fits well that Troy Kingi's album connects tightly to the spookier end of the American soul-funk tradition. I heard Curtis Mayfield and Marvin Gaye, Kingi himself cites Shuggie Otis's Inspiration Information as an influence.

Anyway, you don't really need to know all this to enjoy this record, which is a supple, funky work with warm blood in its veins – and the sense that something strange is going on in the background. Have a listen on your streaming service, or grab it for $9 on Bandcamp. I could not possibly advise you to get high before you try.

Here's The 13th Floor's video of Troy and band playing 'Grandma's Rocket Poem', with an intro by Domingo Candelario.

Staying with New Zealand nerdery, Nick Dwyer's interest in early 80s Japanese video game music, first expressed in the Diggin' in the Carts video series he made for Red Bull ...

... has found fruit in a new compilation on the Hyperdub label, called again, Diggin' in the Carts. Nick and his collabortor, Hyperdub founder Kode9, talk through some of the key tracks in this backgrounder by Dazed and Confused.

This, too, is on Bandcamp.

I was sad to hear this morning of the death of Ron Kane, the brilliantly obsessive collector of New Zealand music from California. Gary Steel, who was good friends with Ron, wrote this profile for Audioculture a couple of years ago. Among other things, he notes that Ron was never hung up on the boundaries most of us observed here  – he was obsessed with The Gordons and DD Smash.

Ron also played an unexpected role in a controversial New Zealand news event: the Queen Street Riot of 1984. As I explained in my Audioculture article about that day, Ron was recording as it all went down, and the wild incidental sounds he accidentally captured went into first the Rip It Up article I wrote about the riot – and from there to official inquiry.

I hadn't seen Ron for many years, but I have very fond memories of him. RIP. 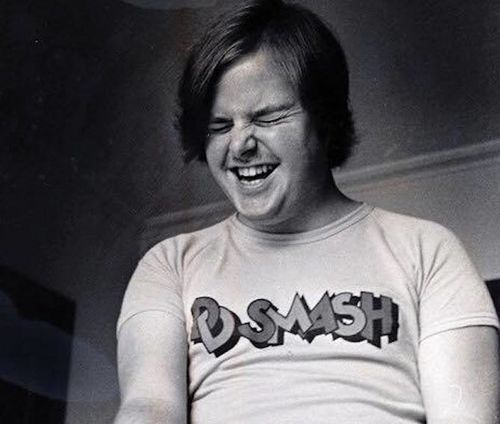 Just a reminder that the the New Zealand soul, funk and disco compilation Heed the Call, which I wrote about a couple of weeks ago, is out today.

Now here's a track you'd play first and tell people what it is later. Leftside Wobble has put an earthy twist on the lesser-known Queen song 'Cool Cat' and put it on Bandcamp as a Movember fundraiser. It's kind of amazing ...

High Hoops stepped outside his duties with Leisure for a bit and produced this gorgeous, slinky thing with Australia's Roland Tings. On your streaming services today.

Is Biggie Smalls the most mashed-up rapper ever? Could be. He meets AC/DC in this thoroughly loveable banger. Free download.

I looked at this, saw the name Burning Spear and thought ... huh? Actually, the track's called 'Burning Spear', by the Cleveland group S.O.U.L. And it's wicked. Free download.