If you've used Soundcloud for a while, you'll probably have noticed that it ain't what it used to be. That's largely because it's spent the last couple of years under the copyright cosh. It concluded a somewhat mystifying deal that saw Warner Music take a 5% stake, but negotiations with Universal Music have been halted by a lawsuit from Britain's Performing Rights Society, which says it's acting after five years of talks failed to result in a deal.

Ironically, Soundcloud's galloping growth – annual plays doubled in the past year to 4.9 billion – will have made music companies even more determined to get their due, even though there's very little revenue to go around. It may be that Soundcloud's CEO Aexander Ljung will prevail and the company will find a way to monetise and pay, but it will be a different place then.

Those numbers say it's a better place to present music than ever. Yet DJ mixes and edits are being taken down all the time and the effort of trying to go legit seems to have impacted on the whole atmosphere of the place. It's not the home of mix culture any more and the niche vibe that launched Drake mixtapes and the dubious blessing of EDM is ebbing.

A DJ TechTools roundup of alternatives recently annointed Hear This as the rightful heir and so did this guy and this guy and I'm inclined to agree.

Hear This is both how Soundcloud used to be and how it could have been if it hadn't stalled. It's probably even more DJ-oriented, but has a lot more available for download – often on a follow-to-download or share-to-download basis – and people I already follow on Soundcloud, like RocknRolla Soundsystem, Disco Tech and Digital Visions, are there too. (I'm Public Address there and I have no tracks to play you.)

Among the downloads there at the moment are this bouncy Disco Tech edit of Aretha's 'Rock Steady':

There are also some really cool features that tend to emphasise how much momentum Soundcloud has lost in the last couple of years. Like a much more sophisticated embedded player (I could even choose to add an external style sheet especially for this site) and Maps, which lets you locate profiles by location. It's a little underpopulated as yet but, as an example, it swiftly led me to this this edit by young Auckland DJ Lady Jaye, who I would not have found any other way.

But more importantly, it's also something Soundcloud has never managed (or tried) to become: a shop. This track, for example, offers the option of buying a WAV file direct from the artist:

Maybe that will help it survive an eventual copyright reckoning, maybe it won't. But Hear This is pretty clearly where the mix culture crowd is heading for now.

I'm delighted this week to welcome the new Friday Music sponsor, The Audio Consultant. They're a longstanding home and commercial sound solutions company from Hamilton and they've more recently set up an Auckland branch in Williamson Ave, Grey Lynn.

They're a really great fit because the boss Dan Howard is not only a legit music fan, but a member of the Public Address reader community and a really nice chap. Huzzah!

Did I mention we have an event tomorrow? 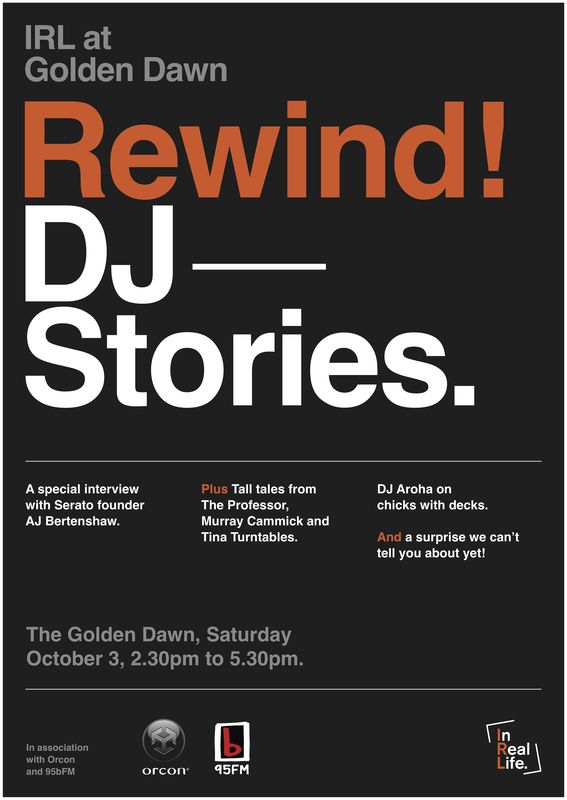 The surprise on the poster is now not a surprise – it's Serato's first consumer app, Pyro, which runs on iOS devices (and Apple Watch) and fills a gap in the market for people who want to play a bunch of songs more or less like a DJ would, matching tempos and mixing between tracks. I've been using it for a couple of weeks and really works. It's also free.

IRL kicks off at 2.30 and it would really help us if you could RSVP here.

I'd also note that Golden Dawn is doing lunch tomorrow, so you could come early and eat some of the bar's award-winning food before the show. It seems the weather is going to clear in plenty of time.

If you can't make it but will be near a device, this is where the amazing Hugh Sundae and his crew will be streaming the whole thing for 95bFM:

We'll be talking at 3pm sharp, so don't miss.

And last night in Auckland Bieber came onstage at their gig, smoked a joint and swigged from a bottle of Hennessy. One of very many videos ...

More summer festival news: Splore has made its first lineup announcement and the standout for me is sound system veterans The Dub Pistols. Others will be delighted to see the return of The Correspondents and Pitchfork darling Waxahatchee should be well worth seeing.

Splore stages its announcements, so there is a lot more to come. I've also talked with the Splore team about doing another talk programme in 2016 and I'm very hopeful that will happen. I have an American guest in mind who I think will be amazing.

In case you were wondering, the ticket and camping options are here.

This year's BBC John Peel Lecture was by Brian Eno. You can hear it here on the BBC 6 Music site. And you can also watch this charming little video of Eno having a look around the Peel Archive:

Have you seen Disco/Graph? It's a sprawling interactive visualisation of musical relationships captured in the data on Discogs. Just search for an artist or act and then double-click to reveal more relationships. here's the one for The Clean. 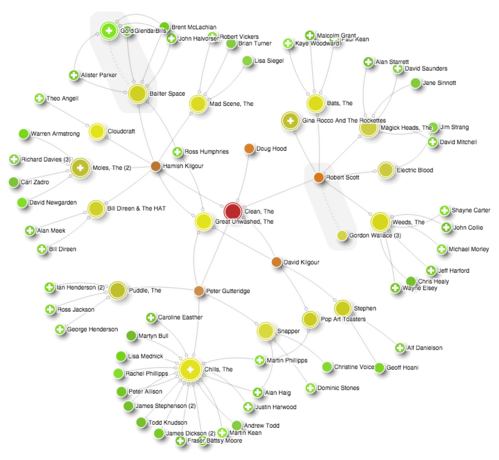 The National Library's Sholto Duncan has pored over the dead URL file of the New Zealand Web Archive and turned up hundreds of New Zealand music sites that exist now only in the Archive. Some of them really illustrate why we have such an archive.

NZRave.com, for example, ran from 2005 to 2011 and is, says Sholto, "an extensive resource with hundreds of pages of news, articles, interviews, and of course photos – including some that aren’t so flattering! It’s a great insight into a specific music subculture, and also includes a range of forums and user generated content." 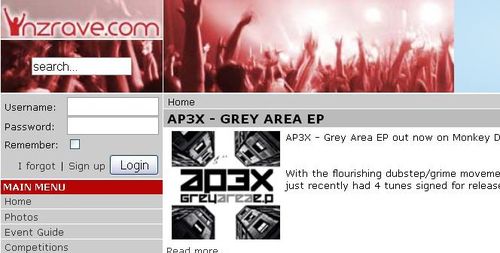 The latest NZ ON Air NewTracks playlist is up on Souncloud now and there are some real crackers on it. Among them, this haunting, imposing tune from The Impending Adorations, aka Paul McLaney:

Note also that Paul and Rhian Sheehan have collaborated on this track, which uses Baboom as a charitable donation platform.  Proceeds go directly to Oxfam via Baboom's real-time payments system.

Back to NewTracks, Dick Johnson's awesome remix of A Hori Buzz's 'Providence', which you can buy on iTunes:

The lovely chaps at the Sweet Mix Kids have teamed up with Pikachunes for a very quirky new single that's out today:

They've also posted a remix of their last single, 'Pure Heart', as a free download:

And one of my favourites on the 95bFM playlist at the moment, this extremely perky NCEA anthem from Avoid! Avoid!

And finally Auckland, The Phoenix Foundation play the Powerstation tonight and Lontalius plays Neck of the Woods before jetting out to America. If I had to call it, I'd say Justin Bieber is more likely to be seen on stage with the latter.