It's customary now to lament the downward spiral in the dollar value of music created by first piracy, then Spotify and finally the free, unsummoned delivery of new U2 albums to people who don't even fucking want them. But it's worth noting that there are some remarkable bargains to be had in old-fashioned compact discs.

Last week, I dropped by JB Hi-Fi, which more or less functions as my local record shop, to get a birthday present for my friend. I had an idea what I was looking for: the five-disc Nina Simone: Original Album Classics, which packages up five of Nina's albums from her RCA period in the late 60s and early 70s, including the once quite rare live album 'Nuff Said, for $19.99.

But that doesn't seem to be available any more, so I had to settle for The Real Nina Simone, which bills itself as "The Ultimate Nina Simone Collection". 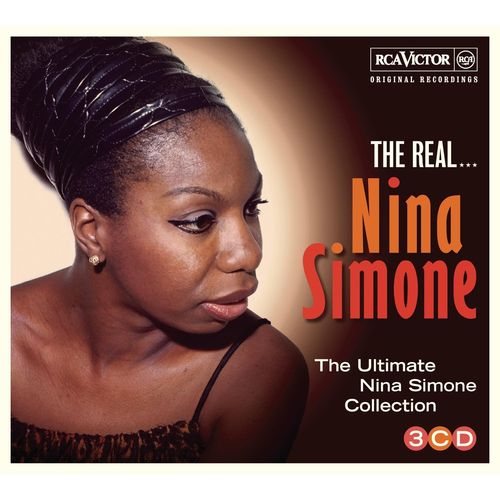 It plainly isn't, but it is functionally the same deal as the five-disc set noted above -- a collection of all Nina's works for RCA, but across three discs and for a faintly ridiculous $9.99. And it's bloody fantastic.

The RCA years cover not only some of her most trenchant political work -- 'Backlash Blues', 'Mississippi Goddamn', 'Young, Gifted and Black' -- but some of her quirkiest. Did you realise she covered The Beatles' 'Revolution (Parts 1 & 2)'? Leonard Cohen's 'Suzanne'? There's also her stunning versions of the blues standard 'Nobody's Fault But Mine' and the brilliant Jimmy Webb song 'Do What You Gotta Do', which has survived an appearace in the soundtrack of Bridget Jones's Diary. The performance of 'Why? The King of Love is Dead', a song written and performed in the three days after the assasination of Martin Luther King, is a just a moment in time.

There are a few misfires -- I could have done without 'Everyone's Gone to Moon' -- but in very large part these 65 songs for ten bucks represent a prodigious slice of the working life of a great artist. Is her estate due more of a price? Perhaps. But that's where it's at.

There are quite a few more from this SonyBMG series and others at JB, and not all of them are as good or as interesting as this one. I'm interested in discoveries you might have made in the bargain bins, so do share the nowledge.

For now -- o, happy timing! -- RocknRolla Soundsystem (yes, those Dutch guys again) have just put their wonderful edit of 'Nobody's Fault But Mine' up on sale at Bandcamp. You want this:

At Audioculture, a beautifully-written series on the late, talented, troubled Paul Hewson of Dragon, by Glen Moffat. Amazing stuff.

Hey, this is neat. Pete and Johnny from the Hallelujuah Picassos remix the band's own little comeback pop smash for their new EP, Bullet that breaks the key.

A majestic song from Robert Scott's new album The Green Room, which you can buy here at the Flying Out store. (Note that you can also pre-order/crowdfund a vinyl version there too):

Miloux -- confusing also known as Milou -- is Auckland singer-songwriter Rebecca Melrose and her various percussive devices. There's a pretty cool tune you can download from Soundcloud:

And, as of this week, a really nice remix of that by The Basement Tapes:

There's also this on TheAudience:

Also on TheAudience, this track from a forthcoming album is cinematic like Portishead. Goodness.

And finally, Countdown Point Chevalier does not have much to recommend it, apart from the fact that it's not quite as terrible as it used to be. But here's one thing you say for the place: it has better buskers, most notably Chris Murray, who hails from the long-lost bands Russia and Red House and is not averse to adapting his covers of country and blues standards to contemporary political ends. I give the man money. 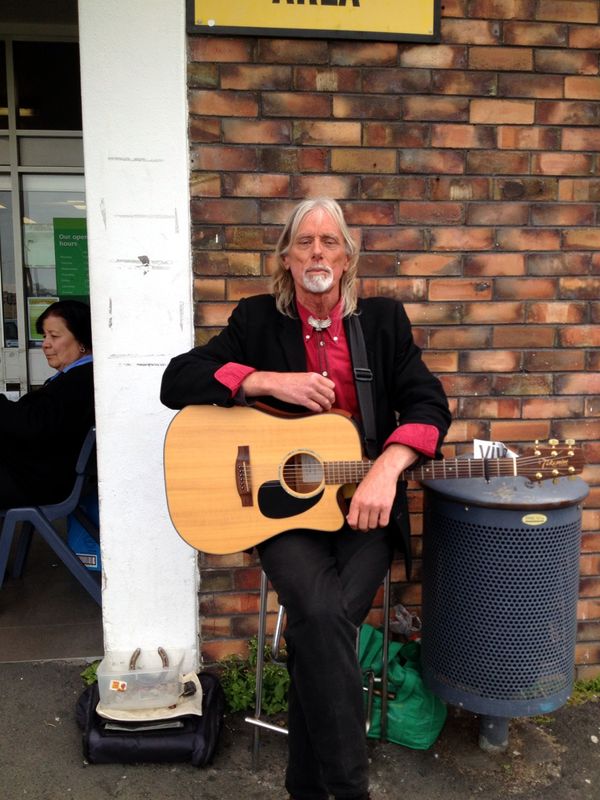