Last Friday night I was in a happy place. I'd witnessed an intense, exultant performance by Orchestra of Spheres and now I was not so much dancing as having a spiritual experience with some classic Loft disco records.

The big chap in a tea-cosy hat having a a boogie nearby also seemed to be enjoying himself. It was only later I realised he was American jazz visionary Kamasi Washington, who'd come down with his band after playing a sold-out show at the Powerstation.

It turned out that one of Kamasi's drummers (he has two) had asked a fan where they might go and relax after the show, and was told that their best chance of good music was a place called Golden Dawn, in Ponsonby. It was their happy place, too.

Golden Dawn – or to give it its formal title, The Golden Dawn Tavern of Power – is closing down, seven years after it opened as a two-year pop-up. Tomorrow is its last night on earth.

Where will we send black jazz visionaries for a dance now? And more to the   point, where are we going to go? To say that this Ponsonby oasis will leave a cultural gap ain't the half of it. But, as Matthew Crawley and Nick Harrison tell Henry Oliver over at The Spinoff today, they're tired and they need a rest.

This checks out. Although the bar has been fortunate to have sympathetic owner-investors, its real secret sauce came straight from the hearts of the people who ran it night-by-night. And you can't pour your soul into something like this forever.

While the GD's two-worlds arrangement – guitars indoors and grooves in the yard – might be hard to replicate in another building, I think the thing that's portable, should anyone else care to try, is the sense of event. Want your bar to be better? Treat it like it's special. Book weird artists and treat them well. Put interesting drinks on the bar. Act like you care, be eclectic and have good taste, even at the risk of the news media depicting you as a snob.

And if no one's doing that for you as a punter, demand more from your bars. Ask if the local could put on better DJs, or organise something yourself. Start your own fucking band, basically.

The bar has been speeding towards oblivion this year by putting on a show every night for the last three months. And happily, all of that has been captured by a team led by sound engineer Bob Frisbee, on video and in 5.1 surround sound. You can help them complete There's No Sign On The Door: The Tavern Of Power Concert Movie by chipping in a little to their Boosted campaign. If you're ever had a great night at the bar, consider sending a dollar their way.

I've had quite a few great nights at Golden Dawn since I was directed there seven years ago by New Zealand's current Prime Minister. And I'm proud to have been part of the art by presenting all our Orcon IRL events there, and doing occasional DJ gigs, both with and without my turntable buddy Sandy Mill. We're part of quite a tribe – the likes of Tiny Ruins and Anthonie Tonnon have both played there and worked the bar.

I'm not sure if I'll make Saturday's closing party. Last night – with Voom and Shaft playing inside and Stinky Jim, Cian and Geezer Guy in the yard – was jam-packed and there was a slightly manic air about it all. Maybe I'll swing by on Saturday afternoon (it's open from midday for the paying of respects). Or maybe I'm kidding myself and I'l try and squeeze in for one more lash at it.

However it ends up, I'd like to thank Matthew, Nick and everyone else, for being good people. We need more good people. Now, start your own fucking band.

In other news, I was delighted to accept the invitation to present this year's Taite Music Prize classic record: which is the Headless Chickens' debut, Stunt Clown. 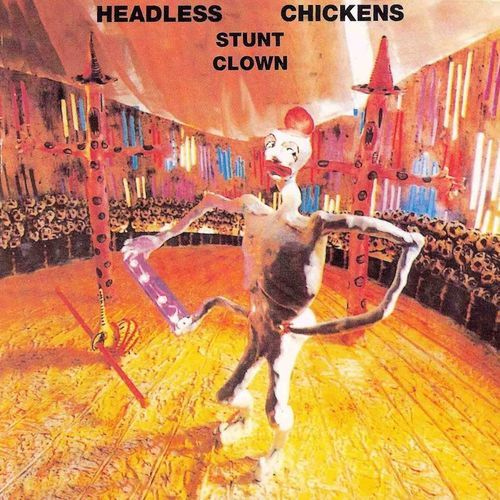 It's 30 years this year since Stunt Clown was released. It still sounds good – and surprisingly fresh, perhaps because it's the sound of a group reaching for new things. This is the quote I have the organisers this week:

From the strange field samples that open ‘Expecting to Fly’ on in, Stunt Clown is the sound of a band not just waiting for change but imposing change on itself. Made in fraught circumstances – who would have thought winning $60,000 to make a record would be such a pain? – it radically expanded the Chickens’ palette. It plays now as the bridge between the band’s experimental origins and later pop success, but it stands on its own as an ambitious, strikingly varied work. Literally no one in New Zealand was making music like this at the time – they had to invent it. The Taite judges got it right when they chose this album to honour.

I'm looking forward to the ceremony on April 17. Meanwhile, here's a previously-unpublished picture of the band from the amazing Brian Murphy archive. 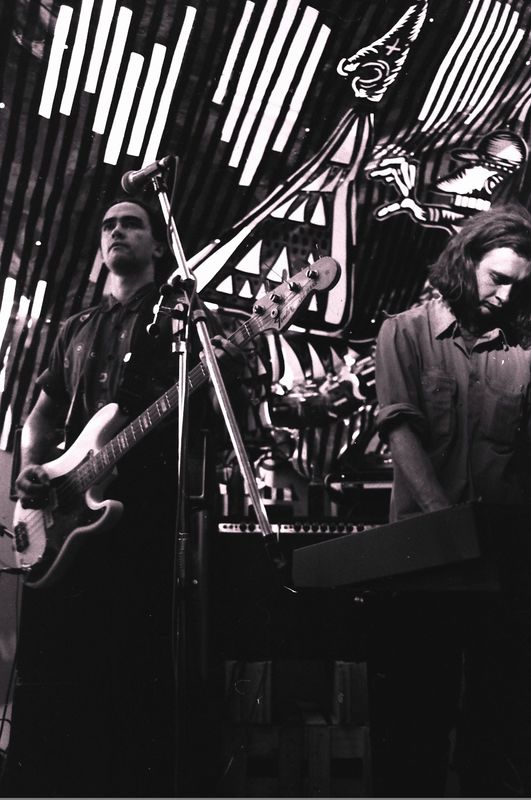 A number of times in the past few years I've directed you to tunes by the British DJ Nicolas Laugier, aka The Reflex, whose special thing is edits – or rather "re-visions" of classic (and more recently, contemporary) tunes from the original multi-track stems. He often finds something completely new amid the tracks that were buried in the original mix, as is the case with his take on Stevie Wonder's 'Living for the City':

Well, the good news is, he's playing here for the first time next month: 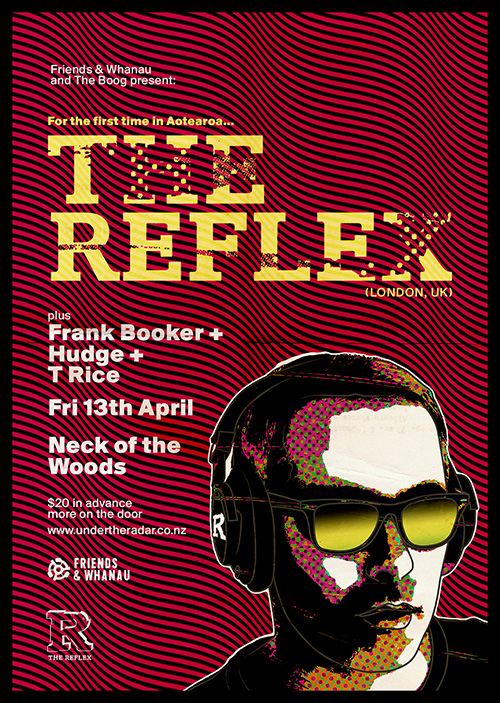 If you can't make to Auckland or it's just past your bedtime (I feel you), he has a whole bunch of stuff on Bandcamp, including this bundle of 45 free edits to download.

New dates for the Anthonie Tonnon full band tour, which launches in Auckland on April 5.

And also, because he's a thinker as well as a dreamer, Tono's advice on How to get to Auckland Airport for $4.80.

Congrats to Indira Force and Mille Lovelock of Astro Children, the two New Zealand representatives at the 2018 Red Bull Music Academy. It's in Berlin this year.

And finally, an interesting – and sympathetic – look at the relatively poor crowds for Lorde's current US tour. She's actually not alone in struggling to fill arenas at the moment, as Laura Snapes points out:

Lorde isn’t the only major pop artist who has struggled to fill arenas in the US recently. Arcade Fire, Lana Del Rey and Ellie Goulding have all played to less-than sold-out rooms; Jay-Z’s 4:44 tour was his highest grossing solo tour, but had low ticket sales, while forthcoming tours by Smashing Pumpkins and Taylor Swift are reportedly not the sellouts that had been expected. Inflated ticket prices could be one cause, and, to a limited degree, blocks snapped up by secondary ticketing sites that didn’t manage to offload their haul. Maybe the trend also says something about the difficulty of persuading a relatively passive, streaming-inclined audience to invest in an artist.

I agree with Snapes that the top of the pop charts probably doesn't represent Lorde's destiny as an artist. When you look at the upper reaches of Spotify, it's actally kind of a horrorshow, and Melodrama, a critical favourite and an award-winner, has not found a place there. But selling 6000 tickets on a tour date only looks like a failure when you're trying to fill an 18,000-seat arena. She has plenty ahead of her.