I don't know much about French Kiwi Juice, other than that his real name is Vincent Fenton and he lives in Paris and apparently grew up here. But I can tell you that I really like his new, self-titled album.

I really only played it by chance yesterday, when I was looking for something to to fit the mood of a blessedly warm and fine autumn evening in Auckland. And my goodness, did it ever fit. Its smooth hip hop grooves are like the sound of the summer we didn't quite have this year and it has a richness and detail that's sometimes missing from cafe beats.

Here's the video for 'Skyline':

This is pretty great too: FKJ improvising a song with live loops with June Marieezy at Red Bull Studios Amsterdam last year.

I'm not sure if there's a physical release locally, but the album is on your favoured streaming service and FKJ's Soundcloud is here.

Polished performance promised at Leigh Sawmill reads the headline in Mahurangi Matters, and I'm jolly sure that's what Lawrence Arabia will deliver in their Sawmill gig next Friday. These young men are unwavering in their commitment to their craft, as can be seen in this photo from their last gig, at the Nostalgia Festival at Ferrymead. In search of yet more authenticity, they took the stage in vintage smocks. One might even say say they played smock 'n' roll! 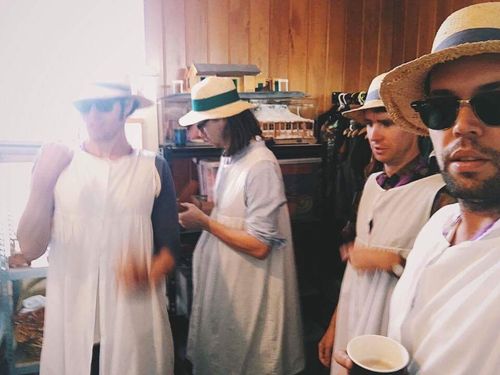 Well, I have a double pass to next Friday's Sawmill show to give away. Just click the email link at the bottom of this post and send me a message with "Sawmill" as the subject. I'll draw the lucky winner tomorrow.

Everyone can buy tickets at Under the Radar.

The Bats are touring their new album The Deep Set, with one gig in Dunedin next Friday then three more in May before they head off for a string of European dates. I gather their June 17 show in London is almost sold out.

And The Chills are on the road too. 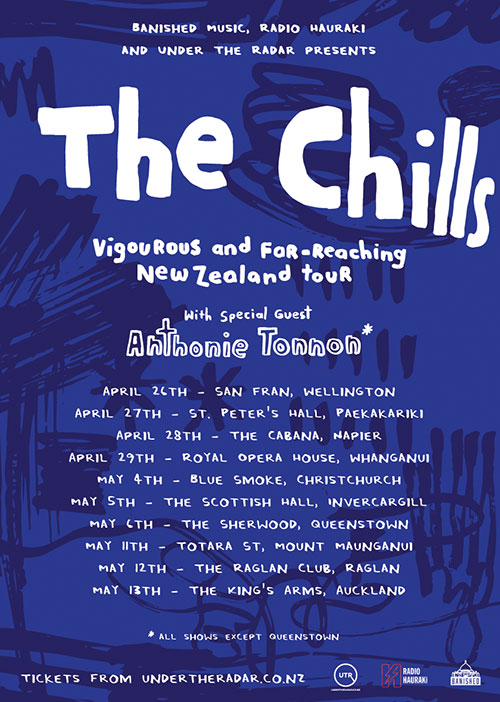 A new video from Auckland surf-rockers the Ech Ohs, ahead of a debut album due in June.

It seems a long while since I hear a Soulwax remix – but they're back at the controls with this absolute monster for Jagwar Ma's new remix EP, Every Now and Zen.

But wait – there's more! Last week Soulwax dropped this track from their own new album, From Deewee, which is released next Friday:

From DeeWee was recorded start-to-finish in a single take.

Deewee is the name of their studio, where they also produced the new self-titled EP by Charlotte Adigéry – which is also pretty cool. Excerpts here:

And here's a thing: the brilliant Analog Africa label has put together this mix featuring tracks lined up for release in this, its 10th anniversary year. Its billed as "a synth-ridden journey from reggae in the Horn of African to Cosmic sounds of Cabo Verde, wavey soca-boogie monsters and other proto-electronic Afro jams" and it's fantastic. And it's a free download (click through and click the "more" button).