"Did you have lots of fun in New York?" people have asked. Well, kinda. I had a fun weekend in Brooklyn on arrival, but the week that followed, covering the United Nations, and getting together a TV story without a producer, was pretty full-on. So I didn't do any touristy things or even visit an art gallery.

But there was one thing I'd promised myself I'd do: go to record shops and buy vinyl records. So I thought I'd tell you about that in this week's post.

The first place I went to was a 20-minute walk from where I was staying in Brooklyn. The African Record Center has been trading for nearly 50 years in Flatbush. "Not 15, 50," Roger Francis told me with a smile when I asked. 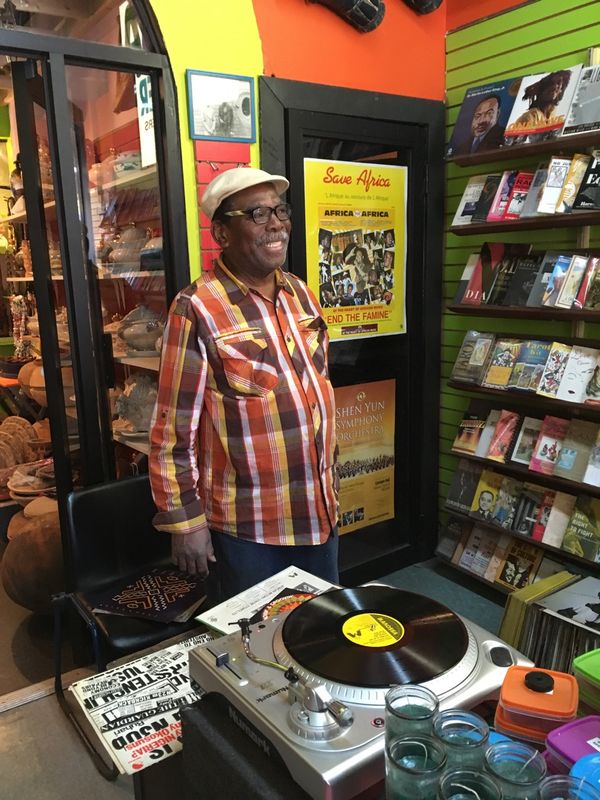 He took me through a bunch of records on the turntable in the store, the first of which was this raging slab of Nigerian acid rock from 1972:

Knowing what I know now about the store, I've love to go back and have another turn. I was after African disco (and I did find some) but the better part (in both senses) of its stock is things they've had for years, some of them from the store's record label, Makossa International. That Ofo single cost me $US10. It's for sale for as much as £180 on Discogs. Roger had a box of them.

I also bought an original 1972 7" of Manu Dibango's classic 'Soul Makossa'. Oh, and some disco:

Next stop was Deadly Dragon Sound on the Lower East Side near Chinatown, which (thanks for the tip Pete Darlington!) was closing the next day because it the landlord declined to renew the lease. I dug through records for a while and, found a couple I wanted and could afford (truth: vintage reggae sevens go for serious money) before I asked co-owner Jeremy Freeman about a Sidney, George and Jackie 7" I'd like to own, 'Nine Pound Steel'.

He didn't have it. But he thought a bit, looked at his catalogue on the computer and observed that they had a Pioneers record – same group, it's complicated – in storage and he could get someone to fetch it for me if I could wait five minutes. I was happy to go for a walk around the neighbourhood.

The A-side of the record is their heavied-up version of Desmond Dekker's 'Sabotage' (spelled, curiously, 'Sabatarge'), but on the flip is this:

Jeremy sold it to me for $15, which turned out to be a 50% discount on its stock price.

It was a lovely, tiny shop which seemed to be full of friends and family. I took this pic outside: 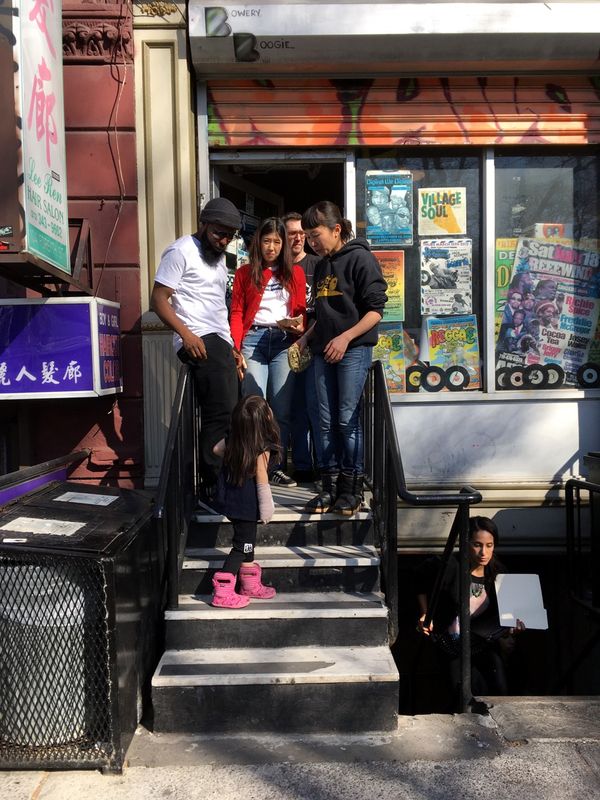 There's also this nice 2009 mini-documentary about the store:

I gather they'll open again when they find a new space.

The next day was Record Store Day and I had a list of Brooklyn shops I wanted to go to: primarily Academy Records and Captured Tracks. It didn't turn out that way. Because I arrived in Greenpoint a little early for opening time (ie: before noon) I went for a walk down Manhattan Avenue and on my way back came across a shop with stacks of records out the front.

The shop was The Thing, and it's a junk shop with a lot of records down the back. Like, tens of thousands of records. This video gives you the picture:

The only concession to order is that the more recent arrivals have their own section. The records are jammed in (it's quite hard work getting them back in place) and many of them are in a bit of a state. But everything is $2 and it's a 100% crate-digging experience. By the time I stumbled out an hour and half later, my hands were filthy and actually bleeding.

My 10 records ended up costing me only $10 – mostly freaky old disco platters, but also this:

Next stop was one place I did have on my list. Record Grouch was a much more orderly place than The Thing (not to mention cleaner), but still kind of hard to move around. They had an admirable range of strange indie records, but I was after second-hand bargains to DJ with – and they had those too. I left with a 12" of 'Heart of Glass and a Brian Wilson 7" on green vinyl fror my buddy Andy, among other things.

By that time New Zealander Mac Hodge was texting me to hook up for an intriguing-sounding opportunity. An artists' collective in a house near the Newkirk Plaza subway station had built up a big pile of records over the years – and we'd been invited to go for a free dig.

There turned out to be a lot of 90s hip hop (Jay-Z promos ahoy!), but I left that for people who'd value it more. The big find from a pretty weird collection (I gather it had mostly been accumulated by DJ-producers who wanted to sample the records), was this: 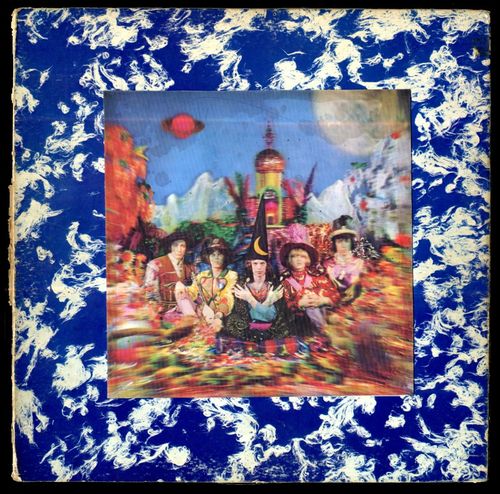 Yup, that's the original gatefold with the 3D cover panel. And the vinyl is well playable.

There was time for one more visit, to Black Gold, also in Brooklyn. They sell coffee and curiousities, but mostly records. I bought a few good things there, but I'm damned if I can recall right now which ones. Turns out I missed one of their $1 Dig sales by a week. Oh well ...

I didn't get into a record store again until the following Friday, when I was due to leave. But I had taken note of Hugh Lucero's recommendation of Good Records NYC – and I'm really glad I did. The owners were sitting in the sun outside when I arrived, but they opened up for me. And man, what a nicely-curated selection of soul, funk, jazz and disco those guys have.

I bought a few things, including the original 12" of LNR's 'Work It to the Bone' (which I have coveted for a long time), part of a remarkable stack of   mid-80s house records which I gather came in as a single lot. But the thing I didn't expect to see was Laura Lee's feisty feminist (and very sex-positive) soul album Women's Love Rights: 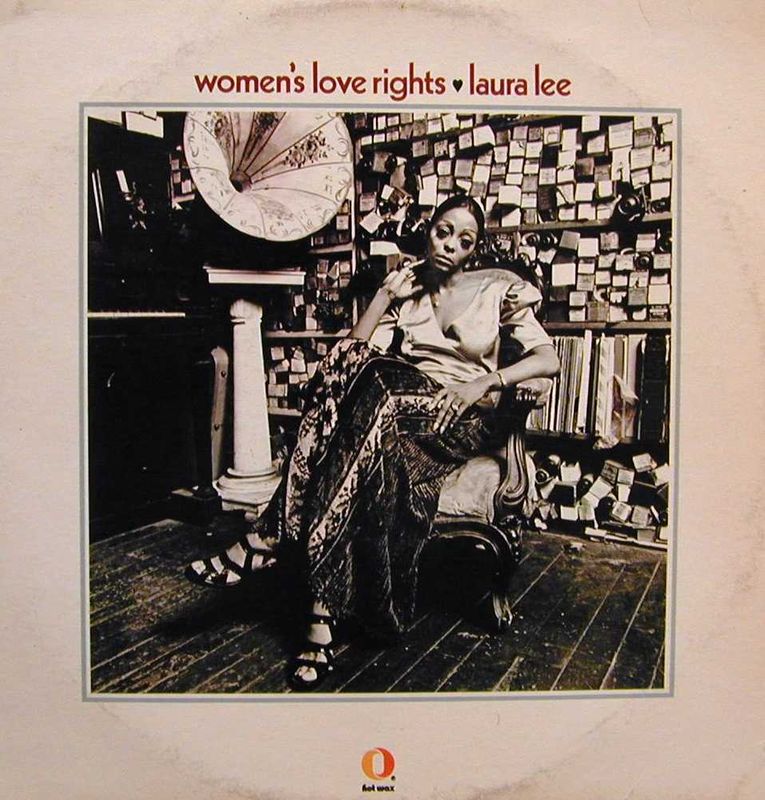 I didnt get to half the places I had noted down, but it was still a brilliant few days' digging. I had a similar experience a couple of years ago into London, but – for my purposes, anyway – this was next-level. You can sit there at your computer and order up anything via Discogs, but actually being there and getting your hands dirty is much more fun, and in most cases, way cheaper. I spent more time than money, believe me.

PS: Thanks so much to Gareth and Mac for showing me Brooklyn.

I was in a store on 5th Avenue in New York. They had the radio playing. And something jumped out of the burble and banter of the hosts. They're saying ... Prince is dead?

I went back out the door, got out my phone and checked Twitter. Almost unbelievably, it was true. I wasn't able to do what I'd normally do and start talking about it, so I just had to carry the knowledge through a busy day in a foreign city.

Now, more than a week on, most of what can be said, has been said. But I do want to mention one nice thing that happened later, when I had time to sit down in my tiny hotel room and take stock.

It turns out that way back in 1986, a guy called James Lewis clipped out my Rip It Up review of Prince's show at Wembley Arena on the Parade tour. He slipped it inside his copy of the Parade album. And last week, 30 years on, he fished it out, scanned it and tagged me on Twitter. 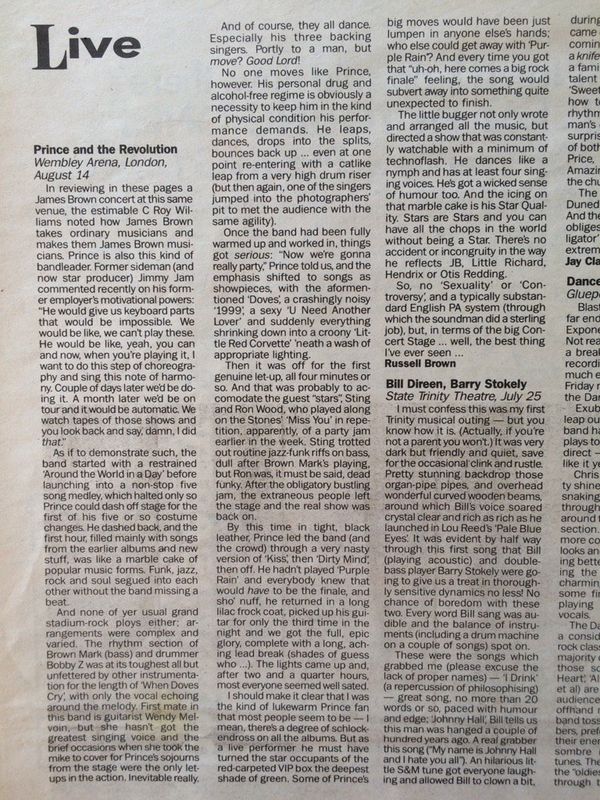 I still remember how I felt after that show. It was my first year in London and I felt I'd really seen something. When my bus passed through Trafalgar Square on the long journey back from Wembley, I realised an off-licence was open for another five minutes, jumped off and bought a bottle of cheap bubbly. I got back to Brixton and babbled to the friend I was crashing with at the time. I may have seemed a little mad.

Inevitably, I'd forgotten quite a bit of what was in the review – most notably the cameo by Ronnie Wood (yay!) and Sting (not yay) on a version of  'Miss You'. My attempts at critical balance seem a bit redundant now. But the main part, the end, where I wrote "the best thing I've ever seen" ... I'm pretty sure that's still true.

We lost someone else last week: someone closer to home. The great Bill Sevesi died, aged 92. He crafted a style of music that was was inspired by Hawaiian pop, with its characteristic steel guitar, but which now seems to speak richly of its era in New Zealand history. And he was, by all accounts, a lovely man. That certainly seemed the case last year when he was inducted into the New Zealand Music Hall of Fame and talked about the importance of music.

There is some lovely writing about Bill. Graham Reid wrote about his "timeless ... magic" music on Public Address in 2004, and observed this about the man:

Whenever I mentioned Bill's name in print while I was at the Herald he never failed to ring and say thank you. Those messages, usually just left on the answer phone, were genuine and never unwelcome. He wanted nothing more than that, just to say thanks. That is rare, and Bill is a rare musician and an even more rare individual.

Graham also interviewed Bill in 2011 and theorised that while he claimed to speak three languages, he actually spoke four – the fourth being "the musical history of Auckland".

And, of course, there's Chris Bourke's definitive entry on Audioculture. 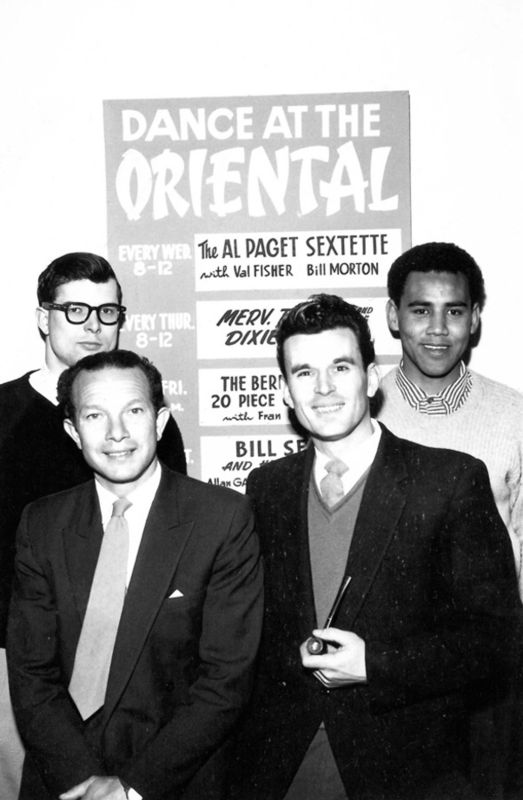 Anthonie Tonnon plays his first full band show with The Successors in nearly a year at the Wine Cellar tomorrow night, before heading off to tour Europe with Nadia Reid.

And although it's not wholly a music event, Open Streets on Karangahape Road on Sunday will feature a stage curated by the good people at Neck of the Woods. I've written a substantial magazine feature on the place and I seriously doubted that K Road would ever be closed to traffic, so the more people who get along on Sunday, the better the chances it will happen again. Can you imagine a music festival literally on the street on K Road? Yeah, that's what I'm talking about.