A decade ago, before the iTunes Music Store launched in New Zealand, senior employees of major record companies here spent a good part of their days infringing music copyright.

To be fair, so did we all. Since the 1990s, software programs had let us stick a CD in the optical drives of our computers and convert the files on it to MP3 and play them right there on those computers. After Apple rebadged SoundJam and called it iTunes in 2000, it became a positively mainstream thing to do. Before long, we could "burn" our own CDs, then we were carrying around the music on portable devices. It all happened in breach of the Copyright Act 1994.

With the odd exception (like the senior industry figure who informed me there was no need for digital playlists or CD-Rs because there were perfectly good carousel CD players available) most of the record company guys knew it was daft, but they were obliged to stick to the company line and insist that the fix would come with the hilarious DRM-crippled CDs that no sane person wanted.

The real fix was, of course, to change the law, which happened with the Copyright (New Technologies) Act 2008 – a measure which, as Wikileaks told us, was the subject of ongoing diplomatic pressure from the US Embassy.

That amendment to the law let you make one copy of a work for each type of device you own. But if you have the same music on, say, two different portable players, you're still breaching copyright. And if anyone else in your household wants a copy, only you as the owner may physically copy it for them; they can't do it themselves. I know, I know.

But it turns out we're still way further in the future than the United Kingdom, where the High Court has just ruled that copying music from your personal CD collection to iTunes violates British copyright law. That includes backing up that music with Time Machine or similar, or backing it up to the cloud. And, of course, grandpa, "burning" one of those CD thingies.

“It is now unlawful to make private copies of copyright works you own, without permission from the copyright holder—this includes format shifting from one medium to another,” a UK IPO spokesperson told the site.

That is, to put it frankly, bananas.

At some point, Apple might have to go to court to defend iTunes, because it seems to very clearly violate the new law. Time Machine, Apple Music, andiTunes Match are also now illegal, because they make copies of your music files.

I'm pretty sure Macworld is mistaken with respect to iTunes Match and Apple Music. Don't make me wade through T&Cs – really, don't – but I'm fairly sure there will have been permission granted by rights owners in the applicable licensing agreements.

The really weird part of this is that the ruling is subsequent to a law change last year which finally made CD-ripping and cloud backups permissable. But a group of rights holders went to the High Court, which has now agreed that last year's law is, um, unlawful.

A further irony of the British ruling is that it comes as we're supposed to be moving on from local storage to the brave new world of music streaming. Whose progress is ... interesting.

Last week The Guardian reported that Apple Music has 11 million users – meaning that 11 million people (or households) have had a go during the three-month free trial period. No one has had to pay any money, of course, and there is no information on how Spotify has gone since Apple Music's launch.

Well, I can tell you how Spotify is going in New Zealand: gangbusters.

Thanks, apparently, to its partnership with Spark, Spotify uptake has grown strongly in recent weeks. This might be a mixed blessing – quite apart from its murky payouts, Spotify still has a sight whiff of the pyramid scheme about it. It would be a bummer if the dominant platform proved to be ultimately unsustainable.

But Apple doesn't deserve any better. I've resorted to turning off iCloud Music Library on both my iMac and iPhone – meaning I'm basically using Apple Music as radio – and only using Apple Music's persistent features on a third device, an iPad, which has never had a local music library. Ridiculous, I know.

I've apparently added a few things to My Music, although I'm damned if I know where they are. Even though I've disabled iCloud Music Library on my Mac, my whole desktop library still shows up on the iPad. I don't think I've been able to enable anything for offline play yet. But I've managed to save several Apple Music playlists, although I still can't save to a new playlist like my son can on his iPhone (what's that about?).

Maybe I'm doing something wrong – it's hard to know because there's so little documentation from Apple. Not-needing-a-manual is part of the Apple brand, but that only works if the user experience is so simple and intuitive that it just all happens naturally. And it really ain't.

I'd follow this guy and dump the whole thing if it wasn't for the fact that the curation elements of Apple Music are so great. My darling and I spent hours in a hotel room in Christchurch last weekend listening to "stations" seeded from single tracks I liked on Apple Music. It was brilliant. As I keep saying, the music part of Apple Music is tremendous. The technical part is dreadful.

I like to think that Steve Jobs is scowling from heaven.

This stuff is on my mind at the moment in part because I'm reading Stephen Witt's superb How Music Got Free, a compelling and sophisticated account of the rise of digital music. Witt follows the technical, commercial and cultural streams that converged on digital music. If you thought you knew the story of the MP3, you may find you didn't know the half of it till you read this book.

(Another good read, at blog post length: The Future of the Music Industry – A personal approach, by Jason Kemp, written in response to the same local streaming revenue crunch I wrote about recently.)

The highlight of my week has been 'Songs of the City', the LATE at Auckland Museum event I chaired on Tuesday evening. The event was captured on video by the museum itself and recorded by Radio New Zealand for play in its Smart Talk series. But I thought it might be useful to background some of the things we talked about.

Dave Dobbyn's personal account of the Queen Street riot – which I don't think I've ever heard him give before – will doubtless be part of the recordings. But for now you might care to revisit the anniversary story I wrote for Audioculture – and the amazing people's memories that followed.

The legendary figure who set Simon Grigg on his way to a music business career was Phil Warren, who is also profiled on Audioculture. The group Simon managed was, of course, the Suburban Reptiles. These are their adventures on tour. (Fun fact: the Reptiles' guitarist Trish Scott is the mother of Lorde's collaborator Joel Little.)

And, just published this week, the page on the all-female punk rockers the Idle Idols.

See also: Dave Dobbyn's first band, Th' Dudes, and their heroes, Hello Sailor, whose work has been given an additional resonance by its incorporation in Outrageous Fortune and Westside, the co-creattion of another panelist on Tuesday night, Rachel Lang. Rachel herself was manager of Six Volts, which is like having a BA in Advanced Wellingtonianism.

One important bit of cultural news we were able to share: the second series of Westside, curtently being written by Rachel and James Griffin, will be set entirely in 1981: which makes the forthcoming "Lost Scroll" award for that year extra-interesting.

And here's Phil Bell, aka DJ Sir Vere – who turns out to have been everywhere in the stories we talked about on stage, like some kind of hip hop Zelig – in 2006:

Phil's DJ set afterwards in the "nightclub" we made in the middle of the Taku Tāmaki - Auckland Stories exhibition really made my night. Partly because I wasn't sure whether that part was going to work (it did!) and partly because I  could stop concentrating and just have a dance. 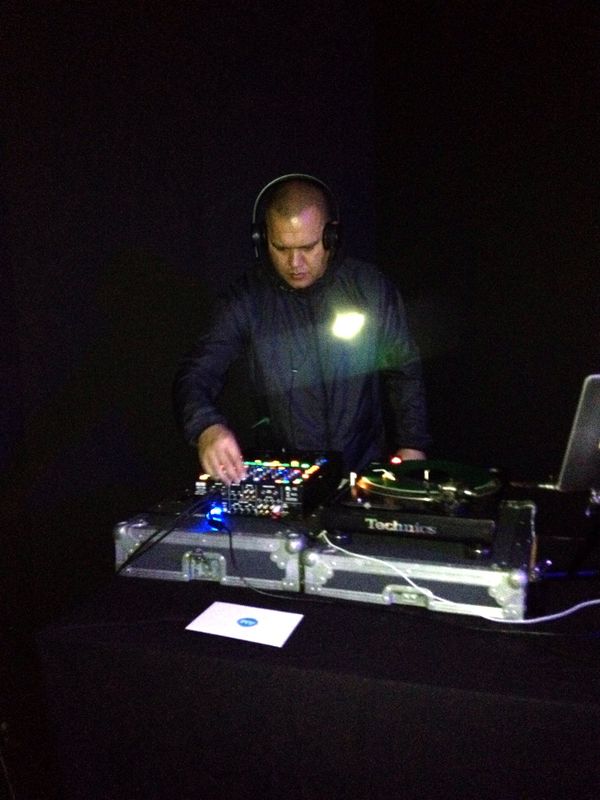 Here's one you didn't see coming: Electric Wire Hustle team up with Kimbra for a swish new single:

Which comes with a wicked piano-driven remix by  Rodi Kirk (aka DJ Scratch 22) and Aron Ottignon:

The Newmatics have a new album! Plenty of life in the old buggers yet on this evidence:

We haven't been to TheAudience lately and there's some good stuff there. Like this jazz trumpet rap thing from Eno x Dirty:

She has an interesting story, as revealed here by Martyn Pepperell.

From the new Jonathan Bree album, A Little Night Music, which is out next week:

Climate Change rip through the first track on their Is a Band EP, 'Hosking As A Verb':

And for a Radio New Zeaand session, The Phoenix Foundation reveal the bones of 'Mountain'. (Additional news: the album Sam and Luke have been producing for Dave Dobbyn is all done and mastered and will be out early next year.)

EDIT: Neil Finn has done his first remix ever, for The Phoenix Foundation's 'Give Up Your Dreams' – and it's ace. Free download!

And just to wake you the fuck up: The 13th Floor caught this visceral performance from Chris Knox with Rackets at the Basement as part of "The Experiment" this week: