My boy Jim and had a great time last week at the Attitude Awards. He wasn't up for anything, but we had VIP seats and people recognised him from his documentary. It felt good. I'm happy to see there's another awards feel-good set for tomorrow night, too.

Tony Green is nominated for best actor in a short film in the Rialto Channel New Zealand Film Awards.  He's not your average actor (yes, yes, I know - no self-respecting actor is ever "your average actor", but bear with me). Tony was born with Down's Syndrome.

Tony, 42,  plays the lead in Strongman, his sister Kirsten Green's film about a young man with Down's who is grieving the loss of his brother and decides to do an ocean swim to Rangitoto to commemorate him. That meant not only spending a lot of time in the water -- in winter! -- but making a tandem skydive.

Tony's no stranger to the water. His mother Jeanette always stuck up for his right to an education and he was part of the first satellite class at Avondale College -- which led to him becoming a member of the school's swimming team. From there, he competed in the Special Olympics before, rather sensibly, deciding he'd quite like to stop getting up at 4am to train every day.

He's been on screen before too, with a speaking part in one of Kirsten's earlier films, Fish and Chip Shop.

The friend who tipped me off to Tony's achievement also provided a quote from the nominee:

I understand how important it is for someone like Tony to say five of those words in particular: "I did a good job."

Extra happily, Tony will be looking his best for the big night: Working Style have given him a suit and his hair will be cut and styled by Servilles Ponsonby. I trust he'll have a great evening. (Nicely enough, Tony's brother in law, Stephen Lovatt, who produced Strongman, will also be up for Best Supporting Actor in a feature, for his role in Fantail.) 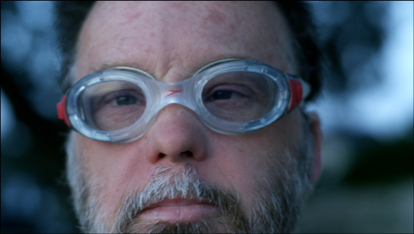 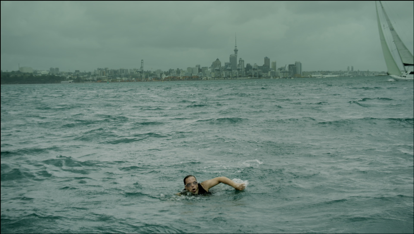 You can also watch all of last Tuesday's Attitude Awards here on demand. It's a remarkable evening, one built -- even down to the wheelchair-friendly spaces between the tables -- for and by people with disabilities. It's also fun being at an event where where people look, sound and move differently, where your conversational eyelines aren't always the same. Definitely not your average awards.

Among the highlights: Benji Marshall's lovely speech in tribute to his cousin Maia Amai -- the only woman in the Wheel Blacks! -- and the lifetime achievement award for Alexia Pickering, who has been patiently and persistently been working for decades to make the country better for people with disabilities, dismantling the barriers in front of her so that others might not have to scale them. She signed off her speech with  a call for a "100% accessible Christchurch -- and then accessible New Zealand!"

I was also delighted to meet the winner in the Youth category, Loren Corbett, who will be writing for Public Address at some point soon, I hope.

Attitude itself is a phenomenon. It would be easy to coast along in its niche, but Robyn Scott Vincent and her crew have kept finding ways to keep it fresh and vital. Our family has featured on the programme several times over the years, leading up to Jimmy Wants a Job. The process of making the doco over months was challenging for everyone else times, but what Briar March got to screen was really true to Jim, and the responses, especially from our fellow Aspie families, were immensely gratifying. It was great for him to know he'd helped other people.

And, of course -- he did get a job! He now works part-time at the Bridgeway Cinema in Northcote, and the only problem is that he wants even more work. It'll come. And the main thing is, he was able to say this to a guest who came around recently: