I probably don’t need to read anything more about Lorde, ever.

Not for any negative reason – I still haven’t listened to the whole EP, let alone the new album, pretty much only ‘Royals’ so I don't have much of a musical opinion either way – it’s just, to quote an old Irish God of Rock, “there’s been a lot of talk about this song, maybe, maybe too much talk.”

With a flurry of recent articles, the good, the bad and the downright bizarre, I find myself in the position of knowing more about Lorde than I do about my own long-standing musical heroes.  I have no idea how many books Lennon & McCartney have read – Lorde had read 1000 by the time she was 12.  What did Ian Curtis’ dad do? Fuck knows, but Lorde’s dad’s an engineer.

I reiterate: I say this without any ill-feeling. In fact, having read the Sunday magazine piece by the prodigal singer herself, I’m pretty damn impressed by what I see. It would seem that Simon Sweetman’s “I’m sure she doesn’t even know what she wants” could be the least accurate sentence ever written in rock ‘n’ roll history.

Which is not to say that what Lorde wants right now will be what she always wants, and that’s as it should be for a 16 year old – or anyone of any age really. When I was 16 I wanted to be a lawyer. Then I was. Turned out it was nothing like Jimmy Smits had lead me to believe. I’m much happier now. And it seems Lorde is pretty happy right now, for now, and that’s a good thing.

ANYWAY. Having just added 250 words to the sum of Lorde-related writing, no more. Because I have other talented 16 year old musicians to write about.  I have no idea how many books they’ve read either, or what their parents do, but it in no way detracted from my being washed away on a wave of awesomeness.

But this year I’ve been working with SFRQ on a music video competition as part of my student media site Yours.net.nz.  The idea was that bands would upload their songs, and young film makers would find a tune they liked and run off and make a video for it. And it worked – sort of – but we’re all happy and will make it bigger and better next year.

The winner, a Year 13 Auckland Grammar student by the name of John Bu, created an enchanting work for a song by North Shore act Ludo, all in his spare time, after school – although I’m reliably informed his teacher didn’t see him for a few days (oops). When creativity meets skill like this, I’m equal parts proud, impressed, and scared of my impending redundancy. Click on these, they work: 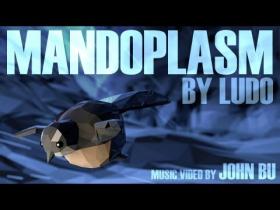 But back to the night.  Eight bands, and two solo acts, whittled down from hundreds. Winning a regional champs isn’t enough to guarantee you a spot at the finals, and it must be tough for the organisers to narrow it down to single figures. You only have to look at a great band that didn’t make the nationals – Nelson’s Paper City – to see how tough the competition is. [This was also an entry to our competition] 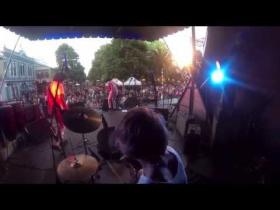 It’s proof that New Zealand’s Got Far More Talent than silly TV shows would have you believe.  I’m not sure what his juggling’s like, but Harry Parsons is definitely one to watch, and he took out the top prize in the solo/duo category with his performance.

It’s hard to compare his against his ‘competition’, Khona Va’aga-Gray from McAuley High in Manukau.  “I wrote this song for a dear friend of mine,” she began, “who just celebrated her 40th wedding anniversary.”  Her Nana? No, a primary school teacher, “and this is about the journey that love takes.”  I have chills remembering those words, followed as they were by a soulful, heart-felt original piece.

Of the bands, there was a great diversity, all of the highest quality: Aasha Will & Cullen had a touch of the Lumineers in their alt-folk stylings and with Dave Dobbyn’s manager Lorraine Barry now working behind the scenes for them, these 15 year olds won’t be disappearing soon.

Aftershock, from Rotorua, amused and delighted with their heavy metal stylings, complete with synchronised hair-twirl-moshing (I don’t know if there’s a better term, but you’ll know what I mean); while my personal favourites were Sunday Best and All of a Kind.

Which is to take nothing away from the overall winners, A Bit Nigel. With a hint of Kings of Leon in the singer’s voice, the trio from Taupo-nui-a-Tia College and Rotorua Boys’ High have made the national finals three times – finally in Year 13, this was their last opportunity, and they took it out with a slick performance: 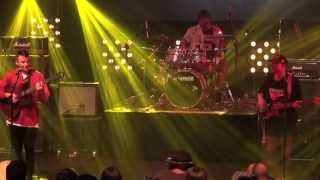 The funny thing is, when you look at these bands on stage, such as their talent, such is their swagger, you forget they’re just high school kids. Backstage with the finalists I’ve just seen perform, waiting to present the award for our music video competition, I don’t recognise many of them. They look so young, smaller, quieter; many with acne and braces and the other trappings of adolescence. This disconnect makes me even more admiring of them – full-strength talent in pint-sized containers.

I’m not naïve enough to equate talent and potential with eventual success, not in that industry, not now, not ever. It irks me when a TV talent show judge whose claim to fame is a 9-month marriage to J-Lo tells someone with a sweet voice “you’re going to sell a lot of albums”. It’s meant as a compliment I guess, but it’s basically a lie – or at best incredibly unlikely, even if that person does eventually win the TV talent show.

Whereas here’s the list of those who’ve tread the Smokefreerockquest stage before:

It’s probably still literally ‘unlikely’ any given Smokefreerockquest entrant is going to crack the big time, but the hard work, originality, talent and perseverance it takes to make it to the national finals sets them in good stead. And I won’t be surprised if any of the ten acts I saw on Saturday night are added to the list of those who’ve ‘made it’ in a few years time.