It seems these days almost every post I write I'm tempted to throw in a disclaimer, explaining my increasingly characteristic space between blogs. Every day or two I have something I feel like sharing, but then a day or two passes and it seems to have dated too much to bother with.

For example I won't tell you about the Music Awards. They were great, by the way, not that I saw too much of them – halfway through the PM's "Ain't New Zealand Music Grand, take 53" speech, I felt the need to purge the martinis I'd been quaffing on arrival. But somewhere between the bathroom and the awards, I found a room known as the media room, where the bar never closed (unlike the rest of the venue during the actual awards, which was drier than a Mt Roskill supermarket). I never emerged. 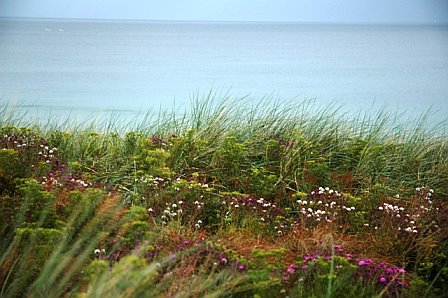 I won't bother to tell you about a wonderful Labour weekend spent at Pakiri (but I will share this photo), with an incredible night watching Fat Freddy's Drop at the Leigh Sawmill. It was definitely One of Those Nights When I Remember Why I Love Music So Much.

Which kind of brings me to the point of this post, such as it is. As a no-spring-chicken radio guy, I find it increasingly difficult to come across good new music. Gone are the days when I was self-employed and could spend hours rifling through records down at BPM or Real Groovy, pulling out things at random just because I liked the look of the label. I hate to say it, but my music collection is largely dated. Of course "old music" can be pretty good, but there's a difference between classics – well-known, obscure or otherwise – and music you played because it was new and quite good, but now it's a year old and still only quite good.

I am quite well looked after in some regards. Care packages from some of the more betterer record companies arrive from time to time, and recent musical delights include the new Black Seeds album Into the Dojo and and and and Shapeshifter’s phenomenal third album, Soulstice. Such is my respect and admiration for the latter band that when I met Devin from Shapeshifter at a recent party, I was reduced to the level of a quivering fanboy. Realising I was raving at him like, well, the Shapeshifter fan I am, I tried to extract my dignity by establishing my credentials:

Step aside Fonzie. There’s a new kind of cool in town.

Anyway. It was on that weekend I heard many people playing so much amazing music I hadn’t heard before, I realised I need to start making more of an effort. I might not have a whole lot of time for reading NME or browsing through record shops these days, but I do have several thousand people reading this blog, and if each of you told me just one new song that’s been rocking your world, even with a far amount of overlap, I’d be drowning in hot new tunes. That’s assuming you don’t all listen to Shania Twain or The Feelers or some shit.

You can recommend whole albums, but what I’m really looking for here is individual songs, tracks, tunes, ditties, call them what you will. New would be good, but new to me is good enough, if you have something obscure enough from the past. Please don’t write to tell me that “Wild Horses” is a great track, or “Revolver” is a great album. Let’s take that as read.

So would you mind? Please? Messers Bastard and Grigg, I’m particularly looking your direction.

In return, I will publish all the recommendations. It’ll be like our own little record club. Let me get you started with three of my recent favourites:

2. Ladyhawke – Back of the Van

Blondie meets Kim Carnes meets the Pretenders, but despite me thinking this was new wave nouveau from the US, turns out Ladyhawke is actually from Wellington, albeit living in Sydney. Fantastic but as yet unreleased – listen to it on her myspace page. It’s the sort of tune I wish I had my first ever pash to. Maybe I still could.

An electro cover of the Jose Gonzalez track on the Sony Bravia ad with the bouncy balls (which it turns out is actually all real, no fake balls were used – check out the Making Of Video!)

The Knife are a brother and sister duo from Sweden. Another very retro sounding track, it reminds me of nascent emotions at school discos when I lived in Singapore.

Correction: Simon helpfully points out that Jose covered The Knife, not the other way around - cheers.

Okay, I’ve showed you mine. Bring ‘em on. Click the reply button, you know you want to.

EDIT: Stoopid stoopid stoopid Damian. On the day we launch a new community feedback thingy, I go all old skool on it and encourage people to send me emails? Which you have, in droves, and thanks for that. But why not have your say directly. Flag the reply button, let's discuss