Hilary Clinton has joined Donald Trump in vowing to oppose TPP. US House Speaker Paul Ryan has also conceded he wouldn’t have the votes to pass TPP in a Lame Duck congressional session, effectively sinking Obama’s last chance to pass it before leaving office.

That all means the TPP is functionally dead. Without US ratification, the agreement can’t come into force.

There’s a theory of political institutions called Veto Players that can help explain this. Start with two basic ideas:

With those basics in mind, we can build a little model of TPP.

Let’s simplify the issues under negotiation to two core dimensions, and start building a chart: 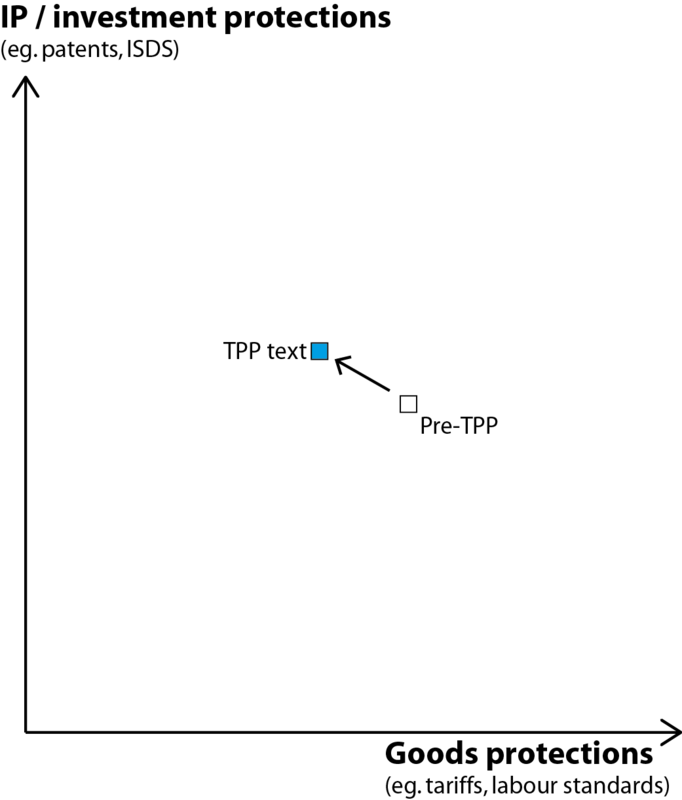 The TPP clearly dropped some goods protections, as you see illustrated above. Im my read it also increased IP / investment protections overall, because the investor-friendly ISDS and copyright changes outweighed the consumer-friendly changes to drug patents.

But how does that eventual proposal square up with what the countries involved in the TPP negotiations actually wanted?

We can hazard some guesses at countries’ ideal points, too, based on their public statements and their history. Let’s just think about a few of the core players:

(Yes, this assessment runs counter to the Congressional rhetoric on free trade. But American hypocrisy on trade matters is nothing new.) 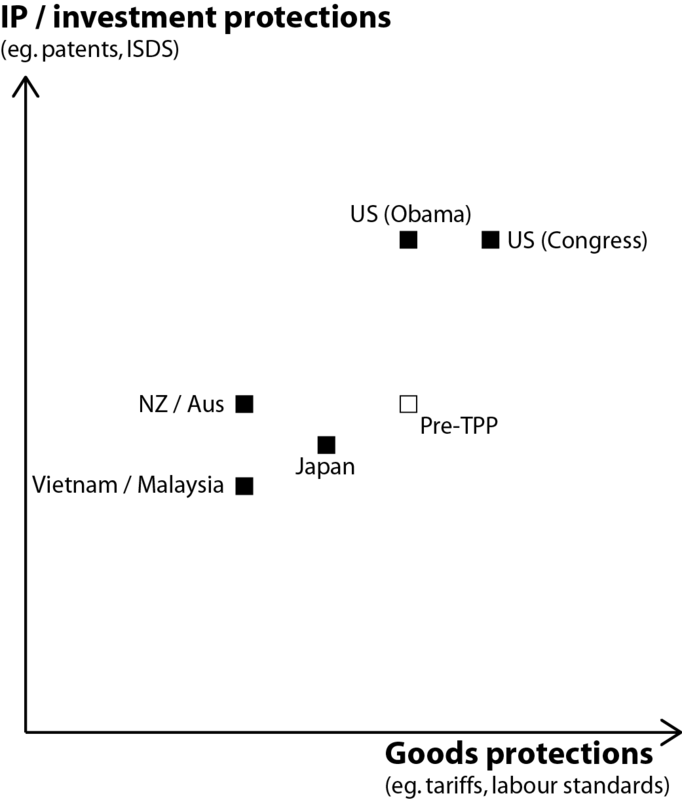 These preferred outcomes are included in the second chart above. The precise placement of the dots isn’t super-important, what matters is there’s a real diversity of opinion.

In this situation, with lots of veto players and diverse national policy goals, there’s often very limited room to find an agreement that makes nobody wore off.

In fact, we can illustrate how little room there is by drawing some “indifference circles.” The middle of each of these circles is country’s preferred outcome, because that ideal point is what you’re trying to get closer to. The edge of every country’s circle passes through the status quo, because that status quo is what we’re measuring improvement – from each country’s unique perspective – against. 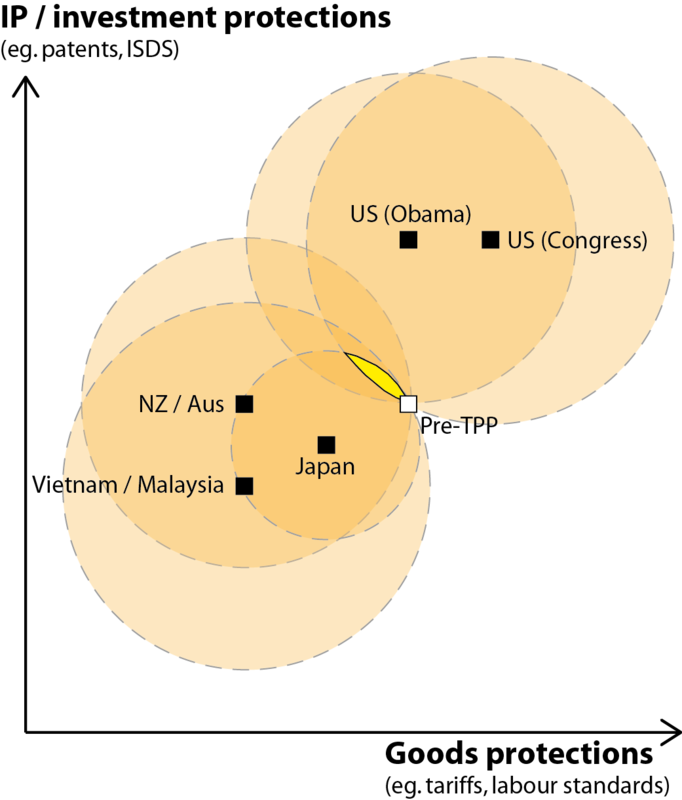 On the chart, orange represents improvement for one country, and yellow is the part of the chart where everyone is better off.

As we’d suspect, the yellow sliver is tiny and represents modest policy change from what we already have. The TPP would have to be in this yellow sliver to get each player to sign it off on policy grounds.

But there’s a wrinkle here – the trade negotiators themselves don’t always share their country’s policy preferences. (It’s a version of a “principal – agent problem”.)

In this case the trade negotiation folk had an extra consideration. They had pinned their hopes on TPP to be a major breakthrough in the stalling progress of global free trade.  That means the deal had to “make a splash,” “be big and bold,” “be a game-changer,” or similar. 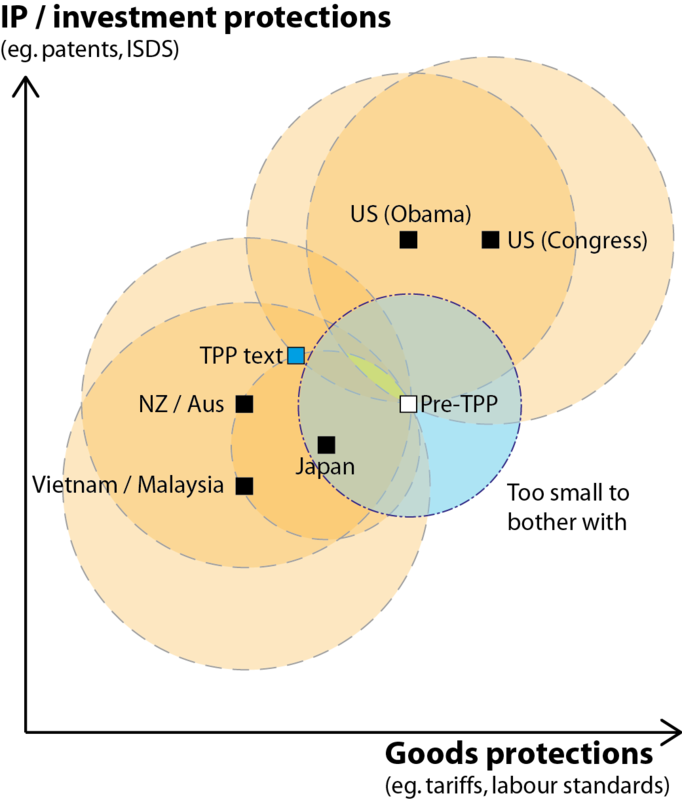 We can show that on the chart with a final circle, showing TPP policy-mixes that too close to the status quo to be worth the risks and costs of bothering with, from the trade negotiatiors’ position.

The uncomfortable reality of this situation was that the players could have either an agreement where everyone was actually better off, or it could have a deal that looked big and grand, but not both. They chose an agreement that looked big and grand, probably knowing they’d have an uphill battle with the US population and politicians, with the unhappy result that all their work ultimately has come to naught.