There are a number of things you can count on at The Food Show in Auckland. Among them: the stall immediately to the left of the entry to the hall is always a busy one. It's most people's first stop, and that was particularly the case this year with celebrity chef Simon Gault in attendance.

Gault got a good spot to tout his personally-branded stocks and rubs, but unfortunately really muffed the design of his stand. It was hard to see the products or tell what was in the tureens next to them, so Gault kept having to tell people, but it was hard to hear him if you weren't at the front of the crowd. I think there might have been a show special, but there was no signage about that either. As anyone will tell you, I'm always up for a nice rub, but I moved on in this case. 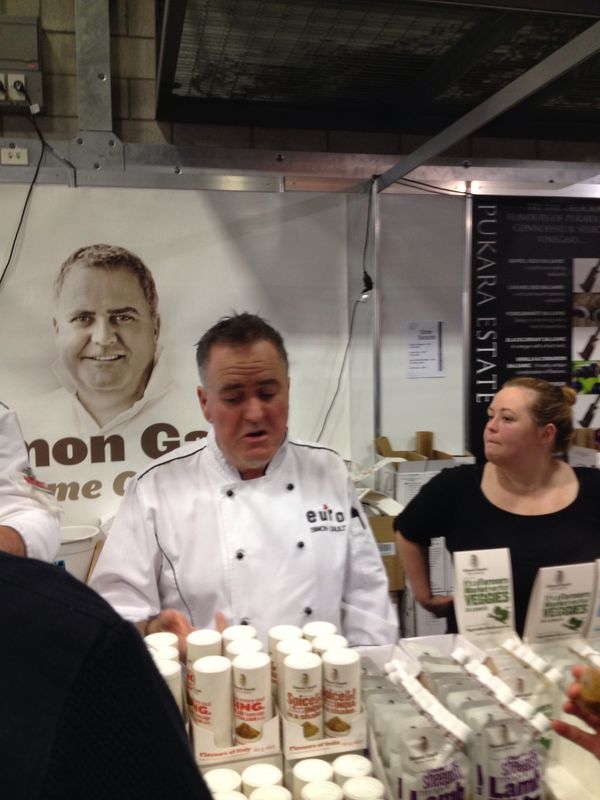 The flow wasn't particularly good in that corner in general. The nation of Korea was back again this year, with a bigger stand, but it didn't seem to work as well and they weren't getting many takers for what seemed to be a sushi-rolling competition. But the $2 bulgogi marinades were a bargain and, as ever, they seemed to be enjoying themselves. 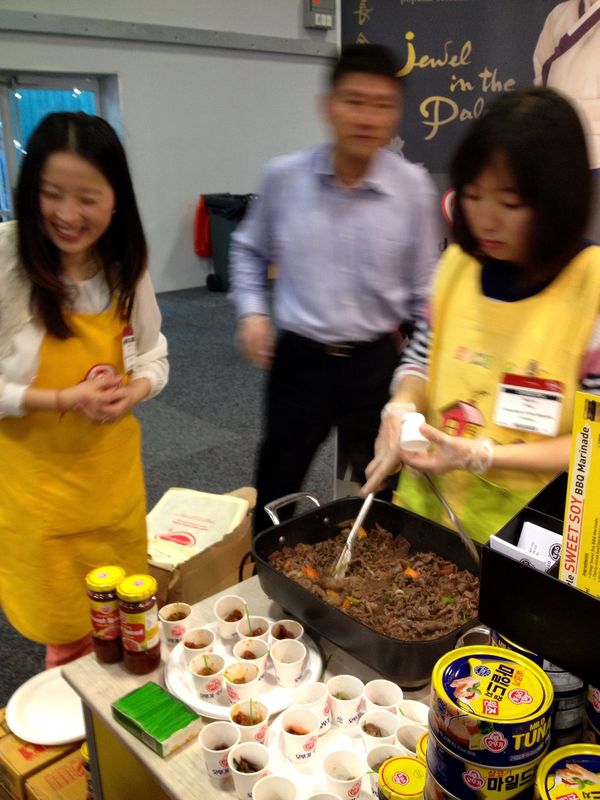 The first new thing I found that really impressed me was from a familiar source. The Pic's peanut butter people now sell a high-quality cold-pressed peanut oil for use in stir-fries and the like. It smelled and tasted very good indeed. 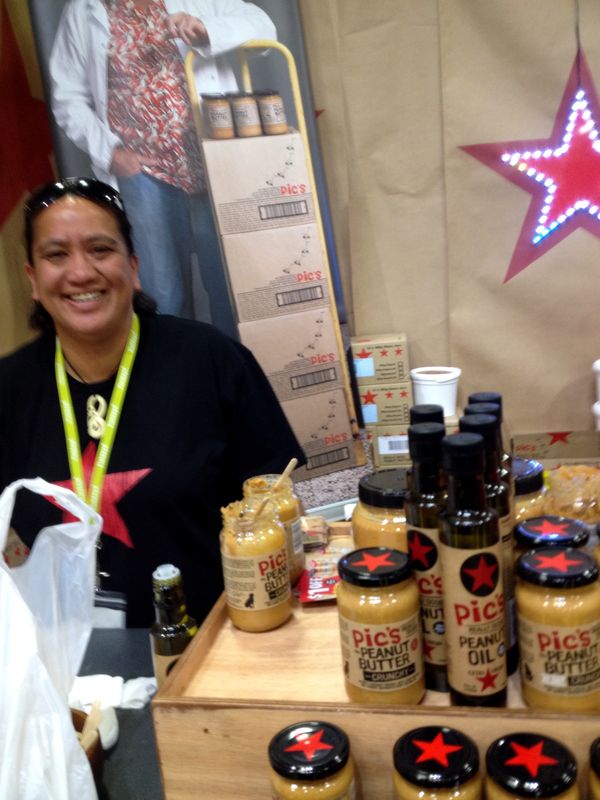 I like to taste interesting products I have no intention of really eating, and I'm glad I stopped at the Angel Food stand. They make "dairy free cheese alternatives", I tried their mozzarella (mock-zarella?) and parmesan products and while they were distinguishable from the real thing, they really were pretty good and I would happily recommend them to my vegan and lactose-intolerant friends. Also, the gentleman running the stand was rocking quite a classy mohawk. 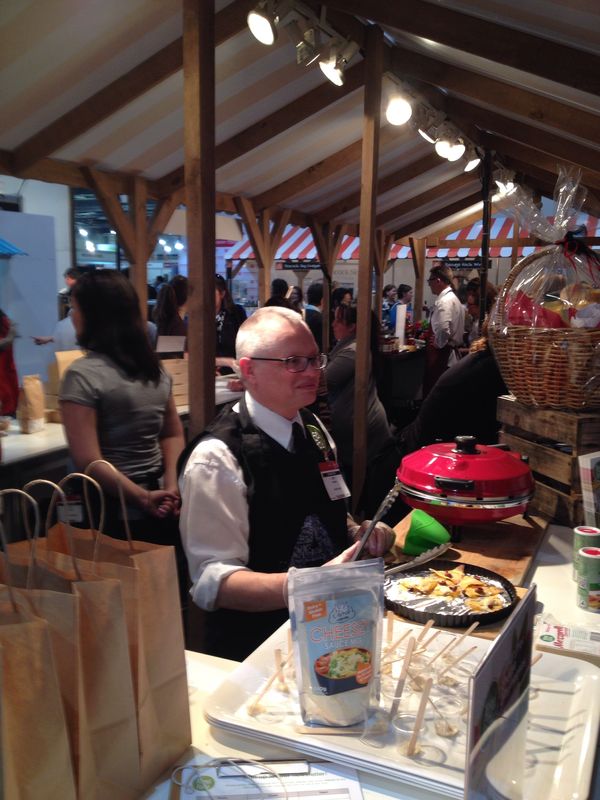 Also of interest: the Be Nourished pickled products, most notably the red sauerkraut juice, which apparently you're supposed to have a shot of first thing in the morning.

Maybe I'd had too much chilli sauce already, but the curry-and-poppadums flavour from the Schoc chocolate folks didn't really do it for me. Their "chocolate salami" (nb: not actually salami) though? Amazing. The Food Show is the only time between now and Christmas they'll be selling them. I bought one. 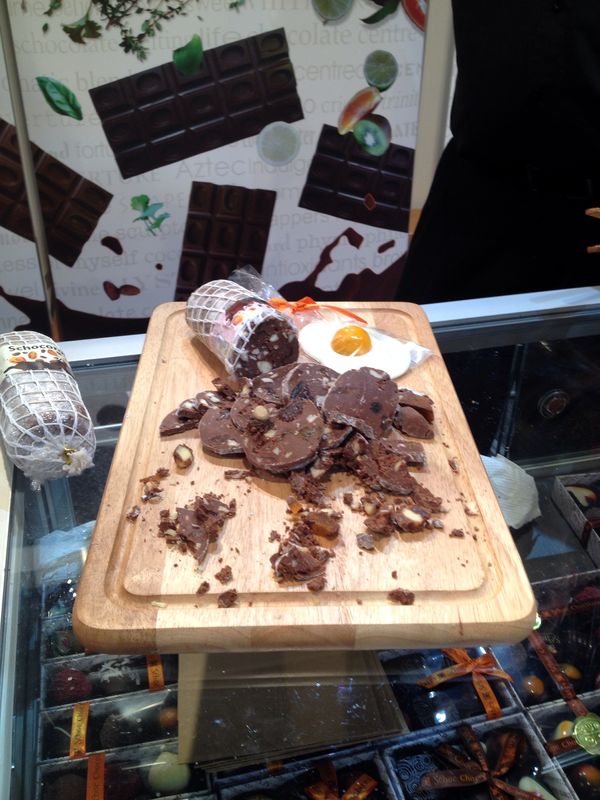 In the things-that-actually-are-meat category, Taranaki's Green Meadows Beef was back this year. Your fancy, pricey wagyu is all very well, but it's not often I taste beef as savoury and delicious as Green Meadows'. I served my boy Jim burgers made with their patties last night and he was actually quite taken aback by the flavour. I also like that they're a genuine family business. You may detect a resemblance between father and son Michael and Nick Carey: 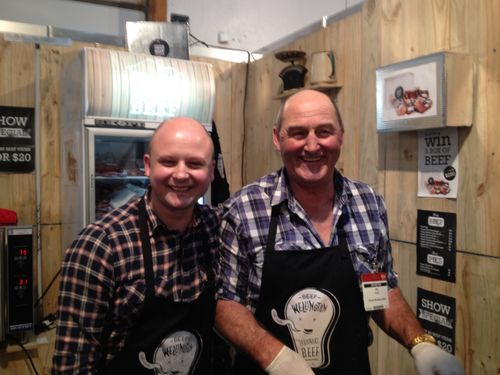 What kind of maniac lugs five different craft beers to a Food Show and runs the whole thing on his own? Stephen "Ben" Middlemiss of Ben Middemiss Brewing, apparently. 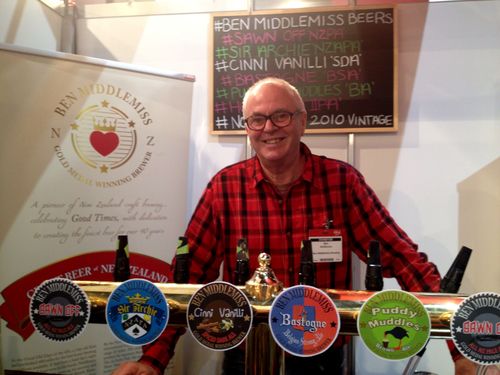 He's nothing if not an ambitious brewer and I was particularly taken with this beer, in which he'd conjured a background taste of something like cardamom solely out of the hop characters. 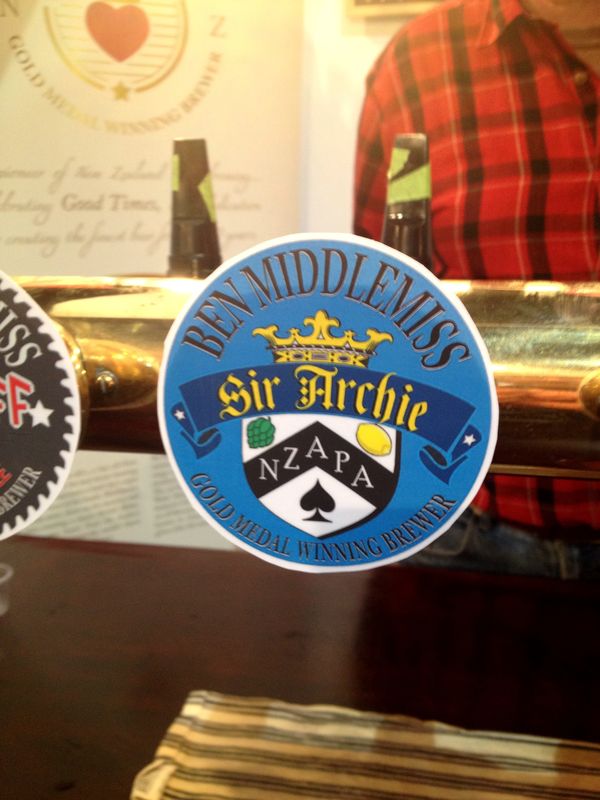 In a considerably more delicate vein, I also thought the Flora Tea products -- green tea leaves hand-tied with dried flowers into a "tea ball" -- were quite delightful. The tea is not cheap but it is perfectly delicate and beautifully packaged for sale and presented on the stand in large wine glasses (the visual appeal of the rehydrated, unfolding flower is a big part of the experience). The tea originally comes from Britain, where it has featured on BBC Dragon's Den and won a number of awards. The local people seem nice ... 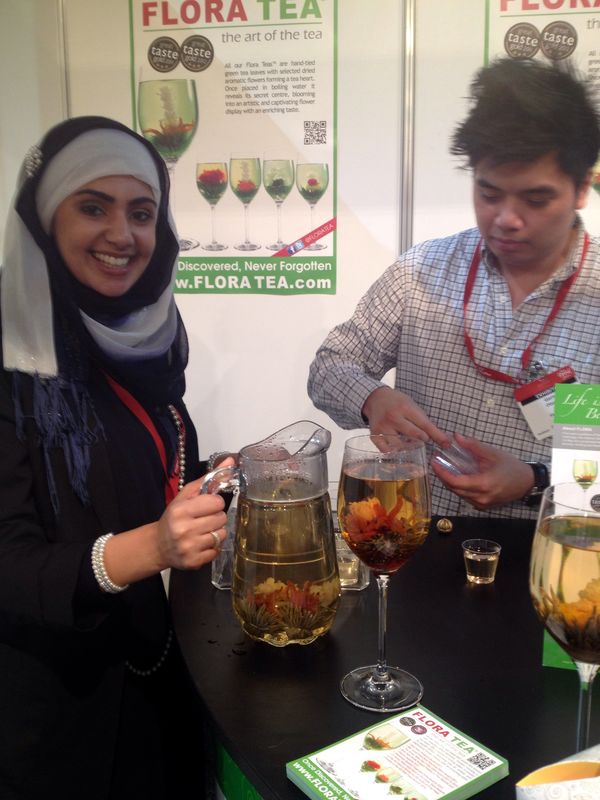 There were some less appealing things at the Food Show this year, most of them in the third hall, which was host to not only various over-branded "miracle" foods and the shiny-faced, vaguely annoying people selling them, but an actual chiropractor and this, the saddest and most befuddling thing I saw all day ... 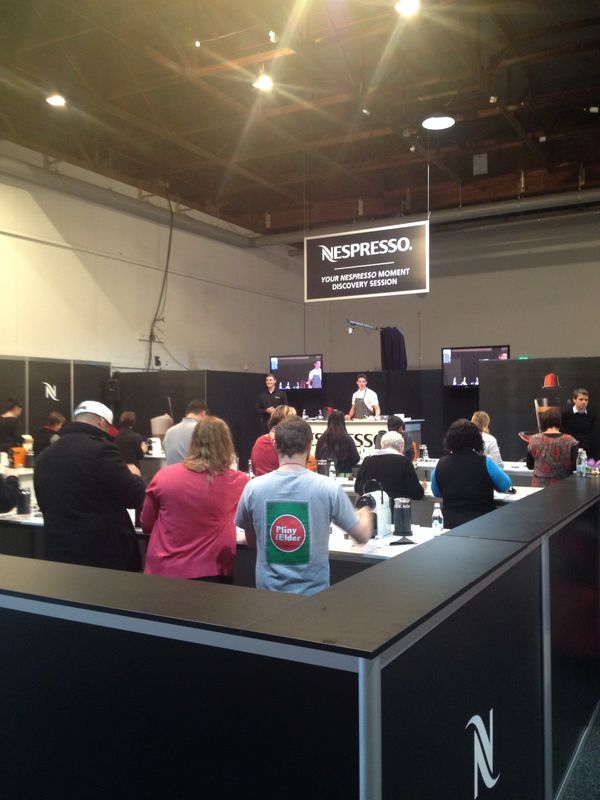 A whole lot of people huddled over Nespresso machines having a "Nespresso Moment" under instruction? No, me neither.

Anyway, it was eventually time to go (pesky day job) and I wasn't going to make the mistake I did last year of forgetting to go back to West Indies Spice Traders of Nelson. They're doing a good show special this year -- all five of their spicy sauces for $20 -- and were more than happy to convert that for me to a jar of their jerk seasoning plus three sauces for the same price. If you hang about and chat, Dave Phillips will essentially insist that you sample every sauce, twice if need be: 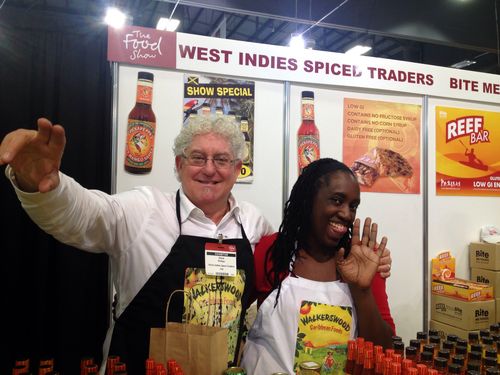 But I don't think I ate anything more delicious all day than my lucky lungua beef tongue taco from The Lucky Taco. And I'm not just saying that because they're lovely people. If you haven't tried their food before, you really should build it into your Food Show day. 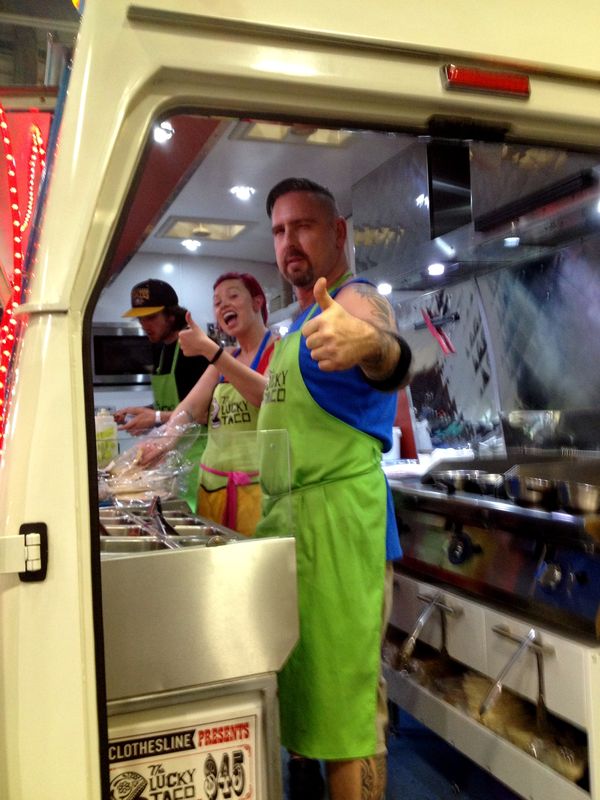