And that's just the subway.

When you purchase your pass and descend the 90 metre long escalator into one of the deepest metros on the planet, a completely different world opens up. Spotlessly clean and efficient, it's no exaggeration to say the Sankt-Peterburg metro system rivals many five-star hotel lobbies.

That's not by accident. Primarily built in the Soviet era the metro was considered to be more just a transitionary space to catch a train but a "palace to the people" and was decorated as such.

The Sankt-Peterburg metro is a living work of art that provides fascinating insight into the evolving aesthetics of postwar Russia. Intricate socialist-realist reliefs that pay tribute to the pillars of the old USSR: electrical, oil, mining, and metal embed into solid marble. Mosaics reflecting historical events, novelists, and philosophies of triumphalism transition to deco and then onto contemporary spaces inspired by early 20th-century aeronautics. These not only stunning symbols of beauty: the variation of design from station to station also provides useful navigation cues for travelling the system.

I shot these photos over a span of three days at times ranging from 10am to 1am. More than two million people travel each day on the St Petersburg metro so certain times and stations get very busy. Some images took me 30+ minutes to capture a shot free of people. Others were taken at less frequently used stations and were easier to get. Some were just a result of lucky timing.

Timing the trains for a motion blur that maximizes the internal blue light effect also took a bit of patience.

I was especially pleased with the Маяко́вская station shot (girl reading book next to the Red Poet moasic) That location is one of the busiest interchanges with streams of people constantly passing. I just happened to get there when she was reading with no one else in the shot. That shot I was able to get in the first two minutes of arriving.

If – no, when – you find yourself in this amazing city be sure to spend time in the metro. There's nothing else like it in the world.

Next up: the Moscow metro.

Clinton Logan spends a part of each year exploring strange and interesting places on his motorcyle and posting images and observations about them to his Facebook account. 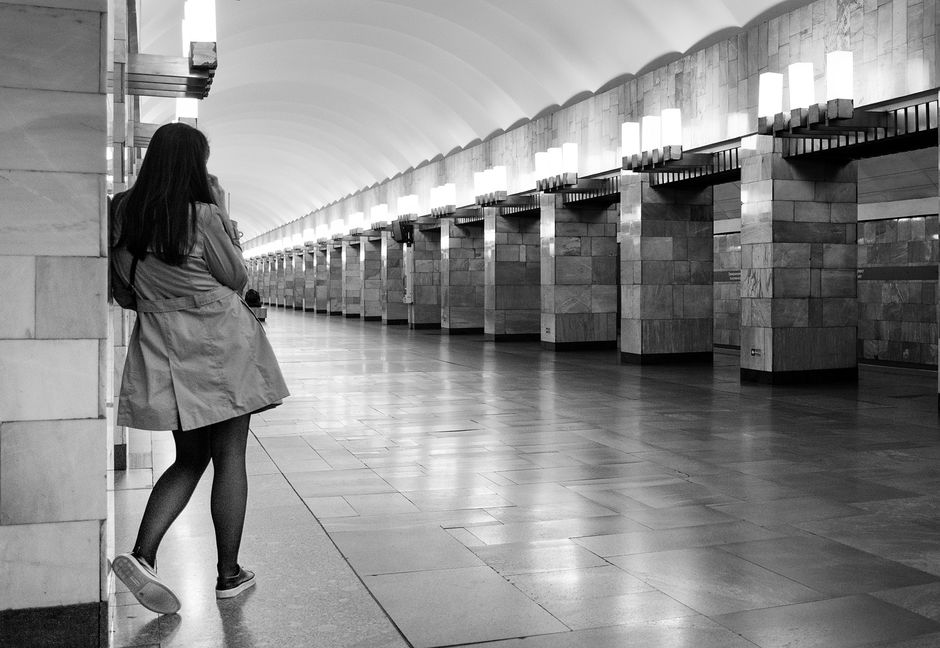 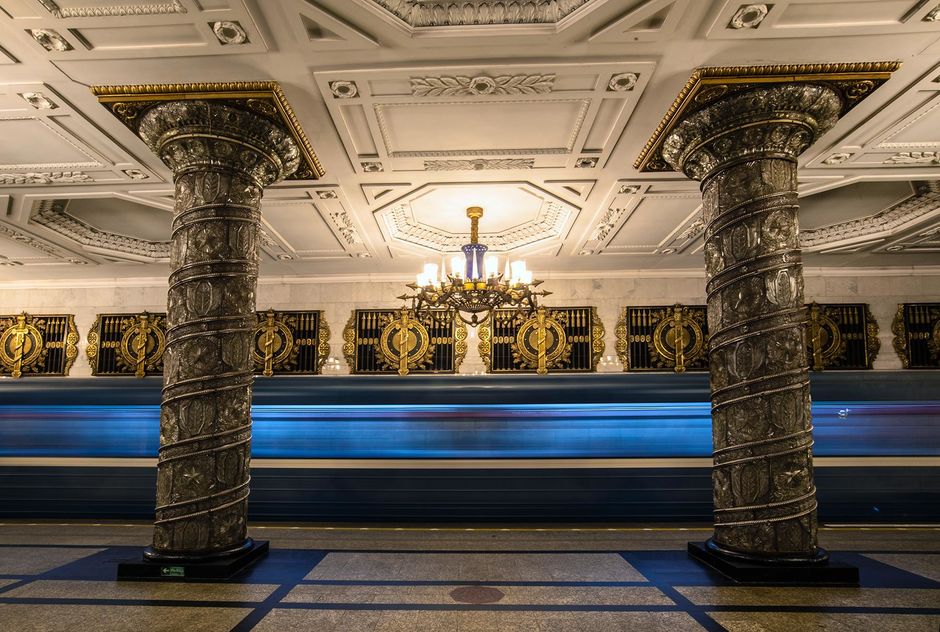 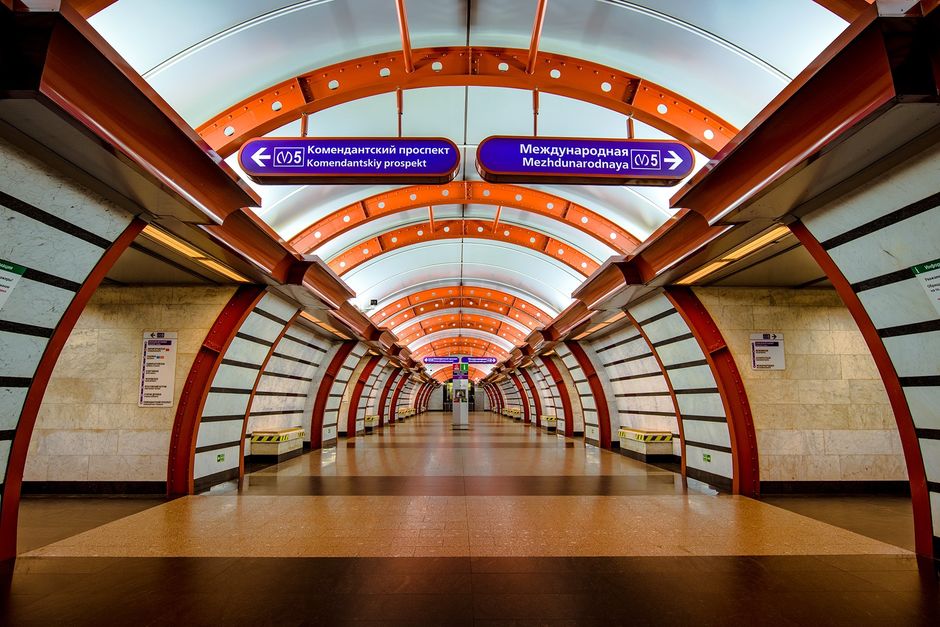 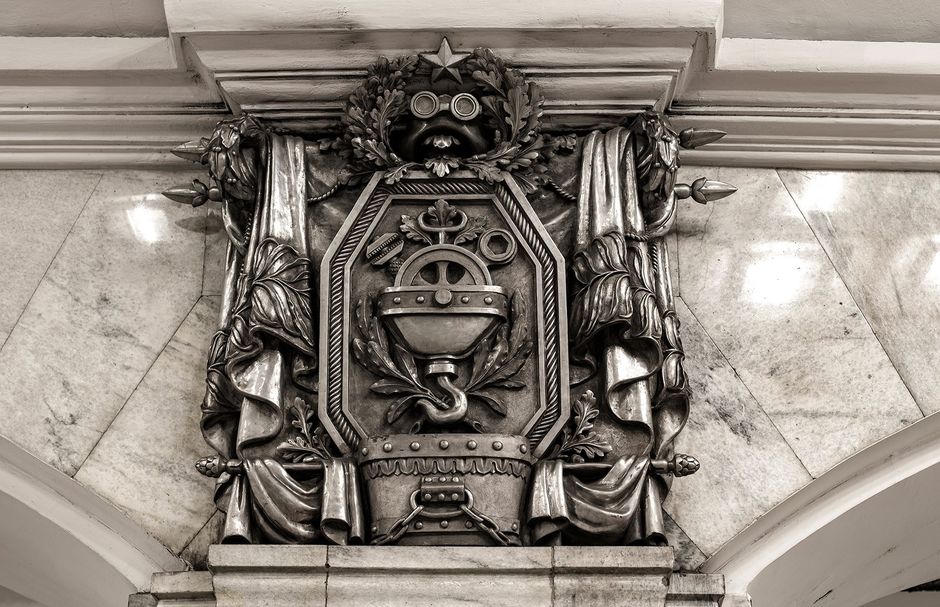 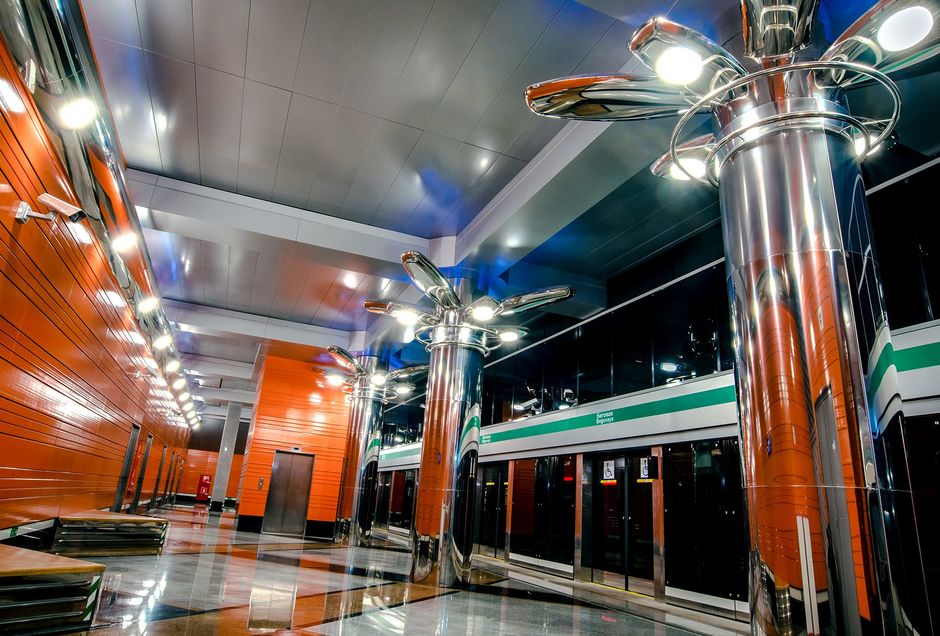 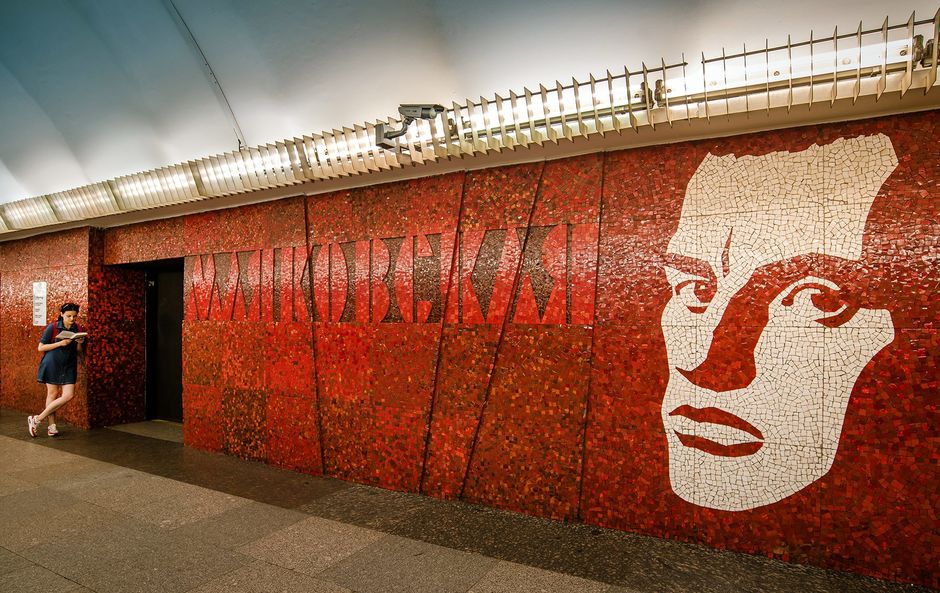 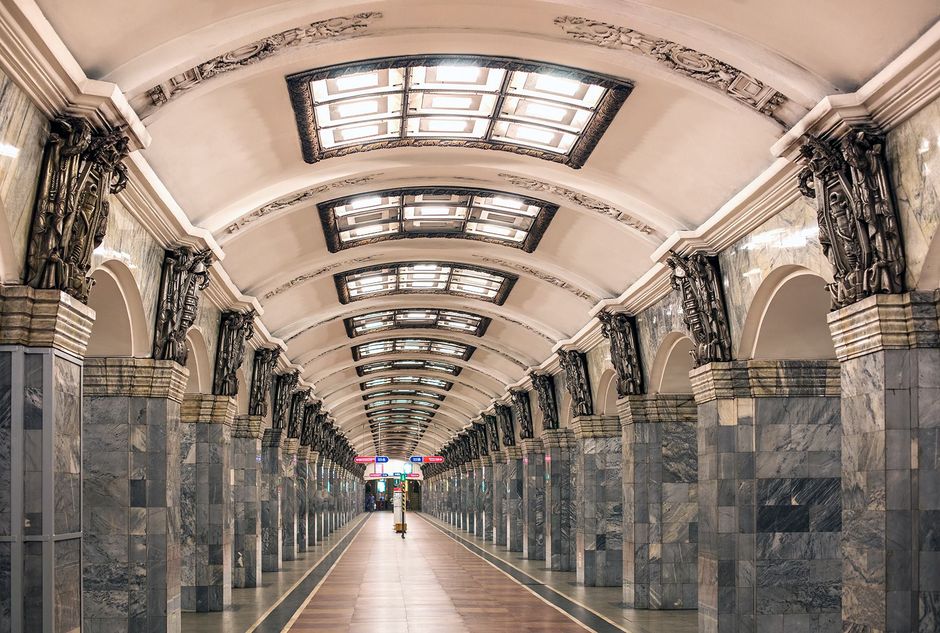 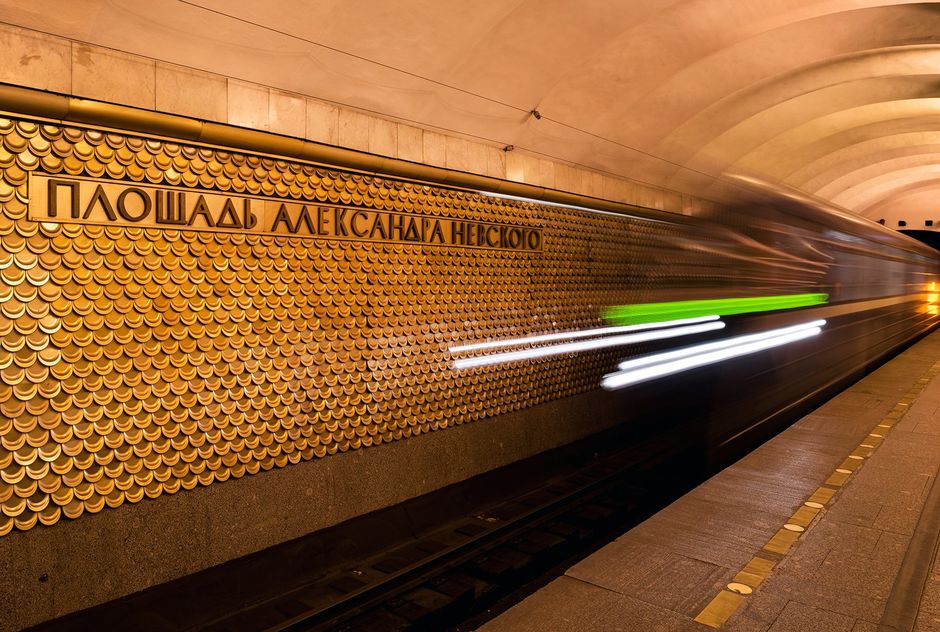 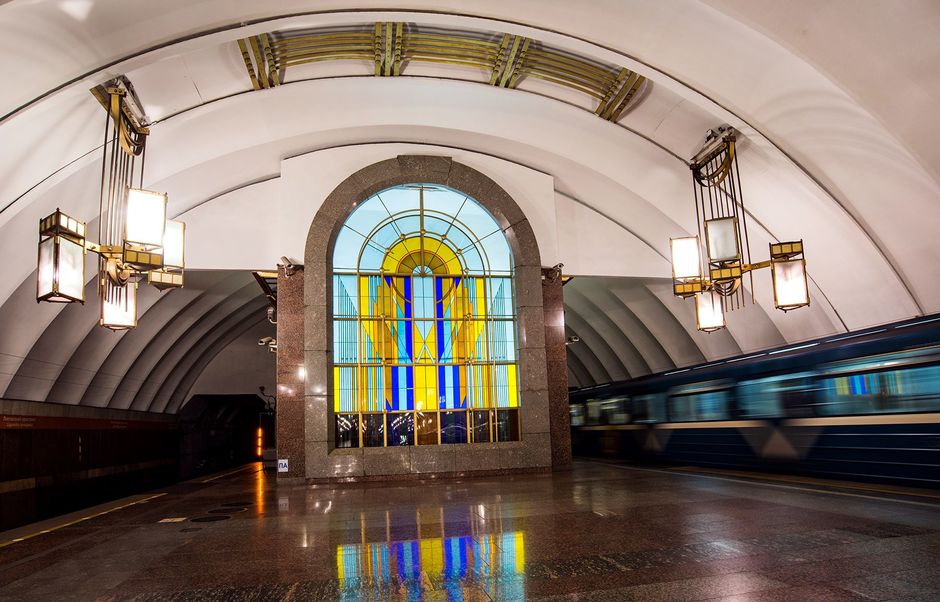 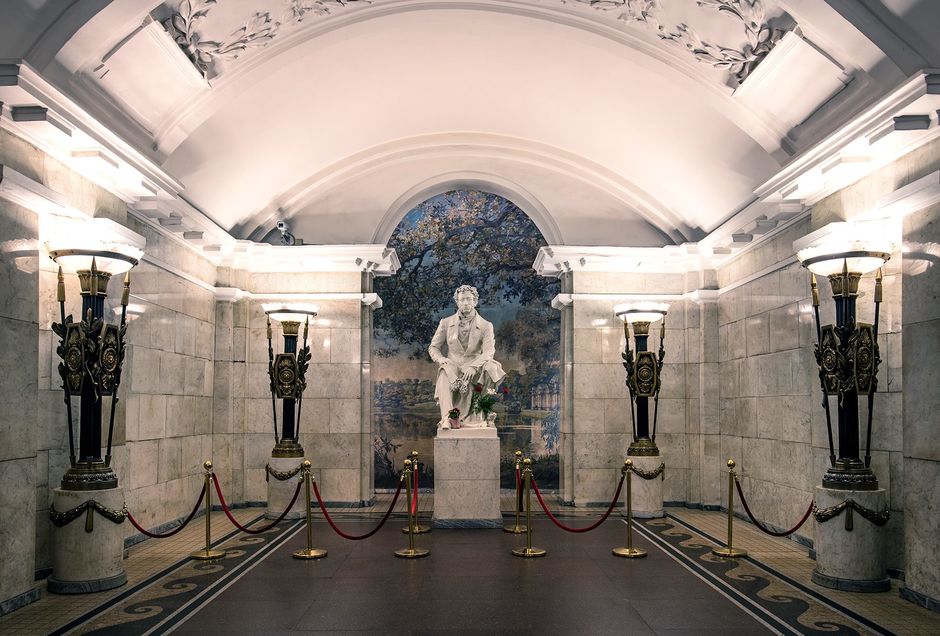 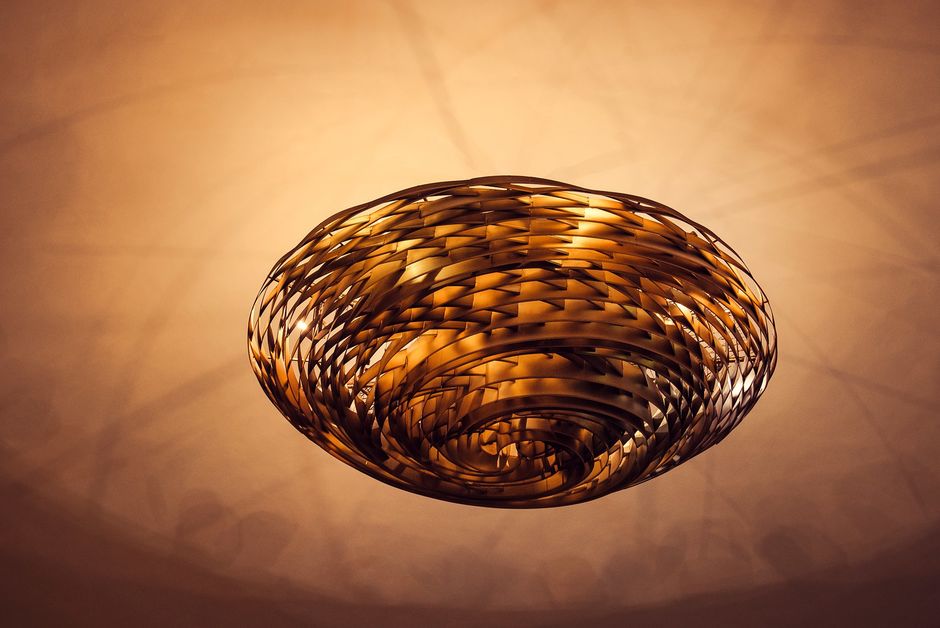 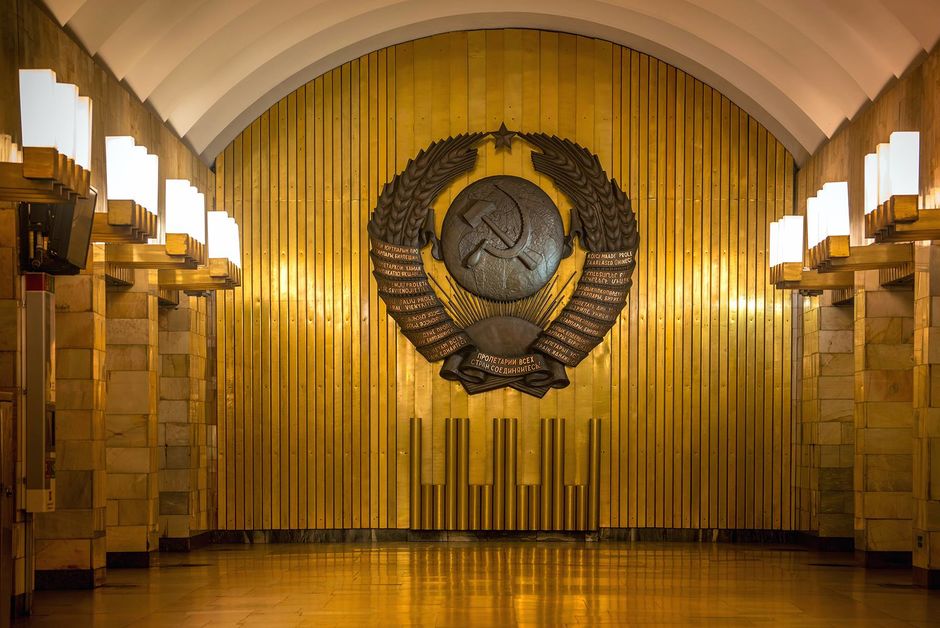