One thing I remember about the interview I did with Rex Halliday for Planet magazine in 1992 was a couple of times being on the verge of tears.

Rex was reflecting on the community effort that went into the second Hero party at the old Princes Wharf building – and the battle for recognition he had fought all along the way. They were turned away by Mayor Les Mills and, astonishingly, completely blanked by the New Zealand Herald, apparently at the order of the paper's editor. If I recall correctly, the word "lesbian" was also banned from reporters' copy around the same time.

This was all happening less than a decade since New Zealand's first recorded AIDS case. People with the virus could die quickly back then, ripping holes in the fabric of their friendships. It was was only five and a half years since the passing of homosexual law reform itself. And here, evidently, was the establishment still turning its back. Letting people die.

So, yes, Rex got quite emotional and so did I. The 2020 Pride festival seems a good time to remember the conversation we had.

The picture below, of Michael Parmenter on his trapeze, was taken by Becky Nunes (it's not actually the same one that appeared in the magazine – I'll post a picture of the page in the comments below). Becky has more pictures from Hero 2, and some words of her own about covering the event, here.

Hero and its parades and parties continued annually until 2001, when financial problems left Auckland without a grand queer festival until 2013, when Pride arrived. By the time it was over, things had changed enough that Prime Minister Jenny Shipley attended in 1999 (Helen Clark had attended several parades by that time). It was at the 1999 parade that Shipley became the first Prime Minister to publicly promise civil unions. I would say that the heroes won.

Glad to be gay? Hell, Hero 2 made you glad to be human. In scale alone, the culmination of the second annual Hero Week was of international standard – but few events anywhere, gay or otherwise, can have gotten it so right spiritually.

From the opening karanga high in an eyrie in the cavernous Prince's Wharf building, down to a parade celebrating the other races of the Pacific, and into the story of our gay hero's journey towards fulfilment, Warwick Broadhead's central production was a thrilling, heartwarming celebration of diversity, humanity and physical contact.

Broadhead knows how to make a point stick – simply by keeping hearts in mouths about a third of the time. The Hero (Wellington dancer and choreographer Michael Parmenter) flew and dangled above the crowd on flying foxes and a trapeze and walked the length of the hall on a high ledge blindfolded, trusting a string of helpers and his own surefootedness.

By the time Hattie St John brought it all home with a soaring version of 'Wind Beneath My Wings' the sense of commitment, fulfilment and heroism had brought many of the crowd to tears.

For Hero 2 co-ordinator Rex Halliday, the human effort that went into the event is also cause for tears – of pride.

"It's a gut thing – just being so impressed with what people have done, with what human beings can do. I'm proud to be a gay man in this city. I'm proud of all that means. For me, gay people are really my people, in the sense that for a Māori man, Māori are his people. I feel a very real spiritual connection with gay people both historically and currently."

It's perhaps the growing unity of Auckland's "gay tribe" that made the event the way it was. More than 250 people worked on the party and the activities of the preceding week – 150 of them featured in Broadhead's show alone. All of them worked for free – and then paid $35 for tickets. Halliday notes that one man left his job and worked for six weeks with no income:

"But maybe somewhere there's a big heart that beats and it's called the Queer Heart and it's one that doesn't even mean you necessarily have to be a gay man or a lesbian. It's a heart to do with being free."

Hero 2 was, and was always going to be, more than just a party (although as parties go it was wild, weird and wonderful). For Halliday, a self-confessed non-party person and a full-time AIDS prevention officer with the AIDS Foundation, the imperative was particularly strong.

"From my angle, I wanted to create an event for people that really developed a powerful sense of self-esteem. What we do in AIDS prevention is build up self-esteem and promote safe sex and healthy living. You can do that in workshops, but the best way in this context was a big dance party.

"So the question was how do we transform a dance party into a vehicle that that becomes almost a ritual of personal transformation for a whole group of people. Social engineering at its most insidious!

"The idea for the Hero's journey was to create a show that would make all the gay people there feel the sense of their own heroism, resonate with that inside them. And one of the things that really excited me in that respect was the myth of Tane – show the first strike for freedom as Tane actually pushes Rangi and Papa apart so the children could stand up straight.

"That didn't happen in the end, but I was keen on using lesbian women. Māori lesbian women in particular, because they've moved the consciousness of all gay people in the country a long way and that sense of leadership appealed to me. And, apart from anything else, the karanga is one of the most powerful sounds we have in this country. The idea wasn't just 'oh, we're in New Zealand, we'll have to acknowledge the tangata whenua', but let's have something that draws us close to the power of the land itself."

If there was a hero among all the heroes who drew together, it was Michael Parmenter himself. He had never "flown" before and performed all his trapeze work on the strength of two days' practice. His performance was a physical tour de force which should have been compulsory viewing for all those with assumptions about the abilities of AIDS sufferers.

"Michael's living with AIDS. This is one of the things I find absolutely amazing about him. He's one of the very few people I know in New Zealand who's living openly gay and has a public image that could be damaged by other people wanting to take that kind of view, who isn't an AIDS activist. There are a lot of people with the courage to live openly with AIDS, but that has become something they've dedicated their lives to, which is vital, but there's also a need in our community for people doing other things to be open too.

"The performance took a lot out of him – it was a hero's journey in itself. So many other people did the same – overcame great obstacles. They're just great people." 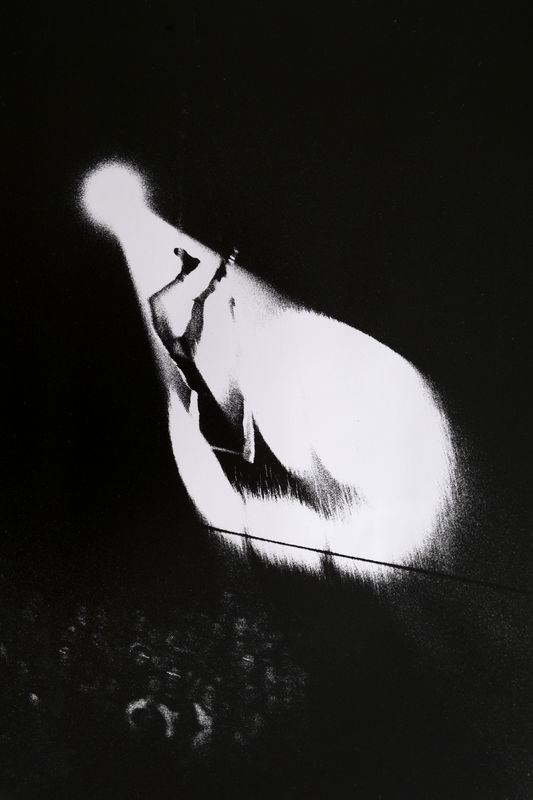 There was a sour side to Hero 2 as well. Witness the lamentable stand of Auckland mayor Les Mills. Well, stand is hardly the world – his "decision" to neither support or oppose Hero 2 was more of an undignified squat. The New Zealand Herald (nicely summed up by Denis Welch as "allegedly the country's leading newspaper") completely blanked the whole event, in a regrettable departure from any kind of professional ethics.

"I think both the Herald and Les Mills need to recognise the burder of shame they carry. They are shameful people. Les Mills' position was cowardly. We asked him to support the most important HIV-AIDS fundraiser in this city and got a letter back saying he could 'neither support or oppose' Hero.

"I wrote back twice saying we were really unhappy abut this and and that it was a real lack of leadership on his part and pointed out examples of mayors in this city, around the country and around the world who have supported gay activism. And secondly, that as an individual, a huge amount of his fortune has been made on gay money [Mills made his pile as a gym entrepreneur]. I can only feel derision for for his weakness.

"It's the same with the Herald. Two weeks before the event, the Herald got a press backgrounder, seven copies sent down to them by fax targeted to individual people. On the Monday before the event they got a press kit, five pages with two good story opportunities, photographs and a copy of the Hero paper. I had seven of those hand-delivered to the deputy editor and they also got the press release on Les Mills, then we rang to see if anyone had diaried in the event. That's looking after the media – but no response, not a word.

"All the information I've had is that it's down to the outrageous homophobia of Peter Scherer, the editor. People like the editor of that paper and the mayor of this city are directly responsible for the deaths of young men from HIV and until they have the guts to recognise that their homophobia is killing people … I get angry …"

(It's interesting to note that just as Les Mills' inaction disenfranchised a large section of the city's population, Scherer's conduct let down many Herald staff. It may have been coincidence, but the paper's entertainment staff appeared to stage their own little rebellion a week later, when Jill Graham mentioned Hero in the first sentence of her reviews column and Graham Reid ran a chunky story about … a gay superhero! Small mercies, but well done …)

Anyway, the good guys won. Profits from the week's fundraising totalled about $75,000. The money will be distributed in the Auckland region by the Hero Trust formed after last year's event and will be split evenly between community-based AIDS prevention and support services. Plaudits have rained in from around the globe.

I've heard it suggested that Les Mills' great fear about the event was that it would turn into a monster, taking over Auckland's precious Anniversary Weekend and outshining even the Sydney Mardi Gras. Halliday and his friends will be doing their best to make his nightmare come true.

"What's really interesting is is the way the idea developed. A year and a half ago, the idea was to have at the end of a programme about HIV-AIDS a safe-sex party at The Staircase. And it's just grown and grown into this gargantuan thing. The first year was definitely a party for gay men and their friends. This year became the biggest gay dance party ever, and certainly there was a transition point where it became a gay and lesbian event. I see it as a queer event, but queer's still a word we're not used to yet.

"Next year we'll be able to make a great gay and lesbian event. Things like a parade, a bigger and better Hero paper … we wanted to do a parade this year, but I think next year it'll be easy. There's a lot of momentum there.

"It'll happen again, it'll be a bigger and better and next year it'll be the gay event of the world. The mayor will be so delighted!"