Amid the calm of the holidays, in the blessed present between the race to wrap up 2018 and the need to envision the year ahead, a series of stories have flipped me way back up the river, into my own memories.

First it was the news the Britain's HMV music store chain is going into administration for the second, and possibly final, time, putting more than 2000 jobs at risk. I love record shops, but I don't feel much about the looming demise of another of the mega chains. They were about a time between the arrival of the compact disc, which for years brought in the greatest, most effortless bounty the music business has ever seen, and the arrival of a fundamental change in the way ordinary people consume music. 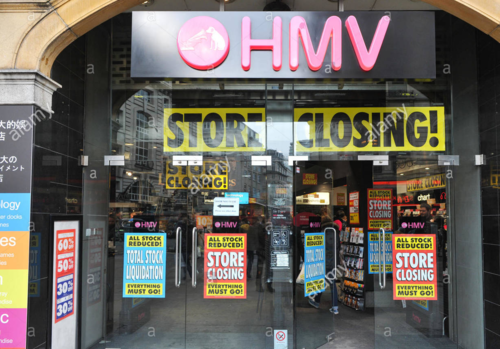 I remember when their proposition –  stocking every record there was, or so it seemed – was an exciting one, when the big stores were a stop on the route of any tour for someone from New Zealand, where we didn't have them. Moreover, for a while I was behind the counter when people from other countries came in to fill their arms with treasure. Now, we have every record there ever was, or so it seems, on our phones. Music is everywhere and nowhere.

HMV Trocadero, on the edge of Piccadilly Circus (for a while there was a Tower Records on the other side of the circus) was the first record shop I worked in, and my first job in London, in 1986. I worked nights and we served a lot of tourists. There were good times (wangling my onto the counter where the shop stereo was and blasting out Public Enemy and Zodiac Mindwarp on Friday nights) and there were bad times (the two weeks when the Phantom of the Opera soundtrack came out and we were ordered to play the fucking thing over and over in some particular vision of Hell).

But the thing I enjoyed most was helping people from behind the Iron Curtain, who had somehow gained permission to temporarily visit the West, buy records for themselves or their relatives. I wasn't good at everything, but I was good at that.

Probaby my single greatest day at HMV wasn't behind the counter, but one day nearby on the street, when Duncan, the company van driver, pulled up and told us to get in. The van was loaded with thousands of unsold reords, which the London managers had ordered pulled off the shelves so they didn't attract the attention of the regional managers. (HMV was like that, very managerial. Virgin, where I worked later, still gave you the occasional whiff of a slightly more glamorous hippie capitalism.)

Duncan had been ordered to take all these records to the incinerator to spare management's blushes. Well, fuck that. He drove me and two workmates to the flat we shared in New Cross and we had an exhilirating few hours making piles of stuff to keep.

Years later, back in New Zealand, the fruits of those few hours helped us buy the house we live in now. We'd used up all our money scraping together a deposit, and I sold records to feed us for a week or two. I could never have guessed that keeping six copies of that Cramps picture disc would turn out to be such a good idea.

If the HMV story didn't really make me sad, the news a couple of days later did. The great music writer David Cavanagh had died. I've only thought about David occasionally in the decades since, but he was a mate when I worked in the British music press in the late 80s, and I followed him from Sounds to the new glossy Select in 1990. 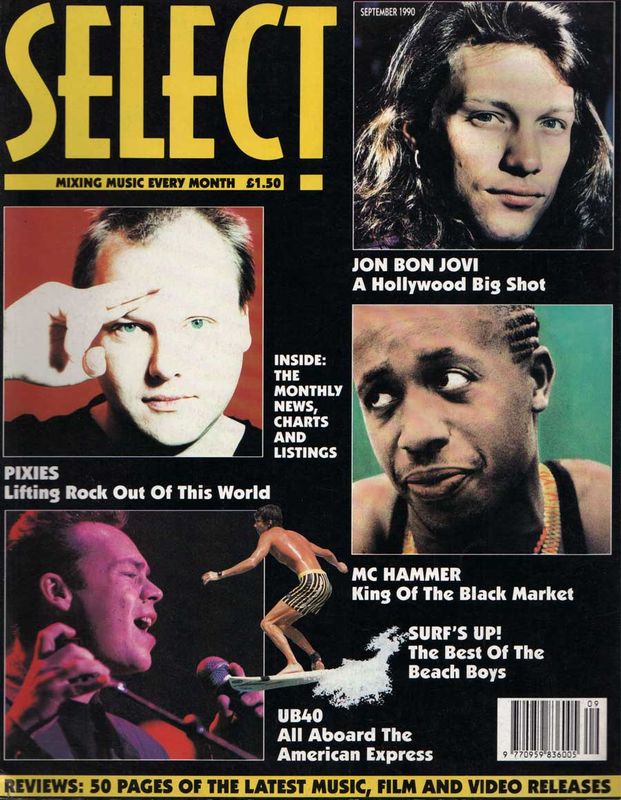 That personal move mirrored the wider shift in the music press from the trinity of inkies of which Sounds was part, to the era of Q and Mojo. A lanky, friendly chap called Graham Linehan also wrote for Select at the time and so, apparently, did Caitlin Moran, although I can't remember her. Sounds folded in 1991, not long after I'd returned to New Zealand, and Select died in 2000, having given the world the term "Britpop". As much as the HMV and Tower Records, the music press became stranded out of its time and perished.

I'd decided by then anyway that music journalism was no job for a grown man with family responsibilities. But David hadn't. I don't think I've ever met anyone so utterly fit to write about music. He was friendly, sharp-minded (it was a rare pub trivia machine that could defeat him), often the dominant figure in a conversational group – and completely focused on music. It was what he did, and would continue to do – to some extent as media revolutions passed him by. As this excellent obit by John Harris notes, he was never on Facebook and only briefly on Twitter and no one ever thought to make a Wikipedia page about him (startlingly, the Wiki entry for Select doesn't even mention him).

It left everyone a bit unprepared when he suddenly wasn't around. All there was was all that he had written. And perhaps that was the best record of all of who David Cavanagh was.

The third element is a prodigious one. Terence Hogan has written his version of the Toy Love story. It's long: just shy of 30,000 words, and far longer than you might think the not much more than 18 months of Toy Love's admittedly busy existence could sustain. But what he has crafted is a personal story (his own path, as the WEA graphics guy who took the demos to Tim Murdoch and became the band's record company minder, was entwined with that of Toy Love), the story of the band itself and a wonderful account of Auckland's post-punk milieu. Not just in music, but in publishing (he was a founding hand in the seminal comics zine Strips), fashion, business, photography and art.

Terence's name might not ring a bell for you, but if you're interested in New Zealand music you probably know his work. In the course of the story, he talks about how he created these two iconic record sleeves. 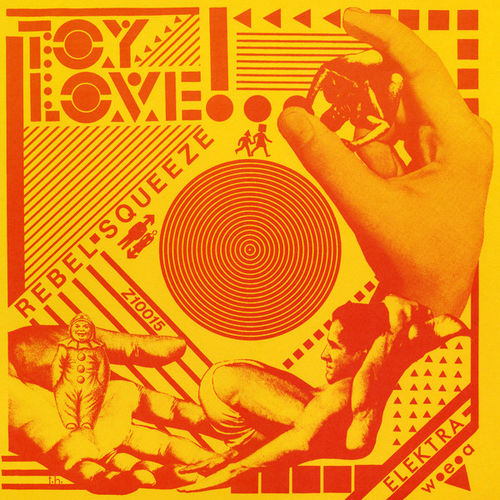 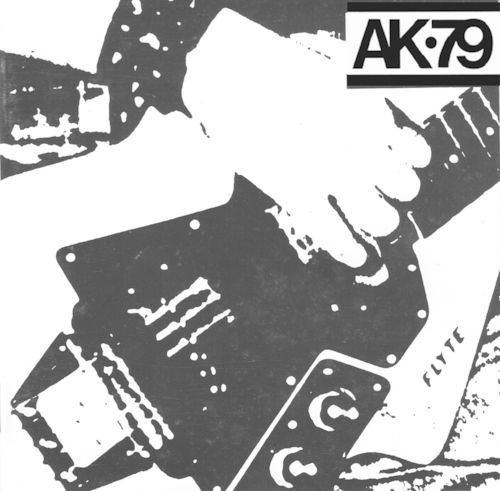 I don't really know Terence. I met him when I worked at Rip It Up and he came back from Australia for a while to work on Ngila Dickson's pivotal fashion mag ChaCha (his chronology is a little screwy there – ChaCha came about some time after Murray Cammick's experiment with Rip It Up Extra) and I think once since. I do remember how excited everyone was that Terence was coming back for a while.

But I did come to know, and in many cases developed enduring friendships with, about two thirds of the people in his story. I toiled in Rip It Up's loft, I wrote for ChaCha (as man-about-town Wayne Washington) and I was inducted by the Snake T-Shirts crew into the Monday Night Problem Drinkers' Club at the Queen's Ferry. I was young and fresh and people were kind to me (Ngila called me "Rascal", which I rather liked) and I've always tried to bear that experience of kindness in mind.

I also connected with Terence's story at the top. He was moved to write it down when a couple of years ago he met a woman called Christine at a barbecue. She told him how she and her friends were obsessed with Toy Love as kids in Christchurch and saw them every time they played. I didn't manage every gig – I was a bit young for that – but my mates and I saw every one we could. Four in total, I think. Toy Love played more than 350 shows in total.

Thanks largely – but far from entirely – to Audioculture, this is a time when musical histories, cultural histories, are being captured. Memoirs like Terence's, stories by people who were there, add to that wave. And when they're as well and fondly written as Terence's, when they light up not only a personal narrative but the nature of the times, they're really valuable.

So all I can say is that if you were there too, or if you simply have a place in your heart for this music, for that era in publishing, or simply for Auckland's creative narrative, fetch yourself a refreshing beverage, put aside a couple of hours and enjoy what Terence has to tell you.

What with all this reminiscing, perhaps it's good to end with the (more or less) new. Simon Grigg – who, ironically, features in multiple music histories, including Terence's – posted on Facebook a list of his favourite 2018 releases. Simon being Simon, he acquired and obtained them all on vinyl, but my summer break has been greatly enhanced by going through and locating on the digital a few of the albums I hadn't heard during the year.

I can heartily re-recommend the Tony Allen/Jeff Mills, the Mr Fingers, the Kamaal Williams and the Against All Logic (which is Nicolas Jaar in uncharacteristically but most enjoyably messy mode). Basically, do what Simon says and you won't go wrong: