It was a  busy Saturday night in adjacent time zones. Australia was changing its goverment, rugby internationals were played on both sides of the Tasman -- and a 16 year-old walked out onto a stage in front of 5000 people in Auckland and at least the same number of New Zealanders watching on the internet. As the night drew on, the Australian Twitter-tracking company TrendsMap had the 16 year-old beating the All Blacks. 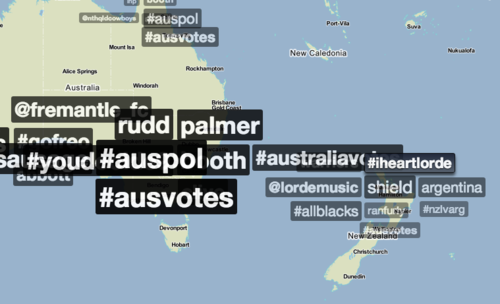 Contrary to reports, Lorde's show at Vector Arena wasn't a flawess performance. With only Jimmy Mac on computers and a drummer -- and both of them miles back and out of her eyeline --  she was effectively performing a PA: a relatively common promotional format for emerging artists who haven't put together full bands, but usually in short sets at far smaller venues than Vector Arena.

It places a huge onus on the singer to carry everything; more so when, as was the case at Vector, she's playing to multiple cameras too. I actually felt anxious for her, and after a confident start, it looked like the pressure might be telling on Lorde herself. She blew up a bit on 'Tennis Court', seemed rushed by her canned backing vocals and was flat (and possibly physically exhausted) for 10 or 15 minutes thereafter. Tweets from the venue indicated that some of the 14 year-old girls who'd come to hear 'Royals' were looking a bit mystified.

But my goodness did she haul it back, with a gutsy performance of her cover of the Replacements' 'Swingin' Party' (how good do you think Paul Westerburg's feeling about that?) and, then, dropping some Kanye West like it was nothing:

She knows where the cameras are, knows how to engage them and knows the value of a theatrical scowl. But what was really remarkable was the quality of the songs. Four or five tunes from her forthcoming debut sound like hits, before 'Royals' has even done its business. (In the US, they're talking about 'Royals' being a "seven-format hit," meaning it will get substantial radio play not just on alternative and pop radio, but even on country stations, which are reckoned to like the story in the lyrics.) She's on the cover of Bilboard magazine this week.

As she told the crowd last night, she flies out today for six more weeks of this; six weeks of seizing the day. And she's only 16. But everything I hear about the group around her is that it's stable and focused on the long term. Back in July Universal Music NZ chief Adam Holt told me that what they'd mostly been doing was saying "no" to things. I assume now they're just trying to keep up. Although Lorde's push into the US market is a joint venture with Lava Records, the label of the golden-eared Jason Flom, who found The Love Club on Soundcloud, she's a Universal New Zealand signing. And Universal New Zealand is really a very small record company.

A lot of things were done well last night. The show itself was nicely produced and the delivery of the streaming video (via the A Team of Brightcove and Akamai) was sensational.

So it was odd the the party bankrolling the free show, The Radio Network, which used it to launch its New Zealand licence for the digital radio service iHeart Radio, was a bit of a shambles. After the show concluded, this frame displayed in the video window: 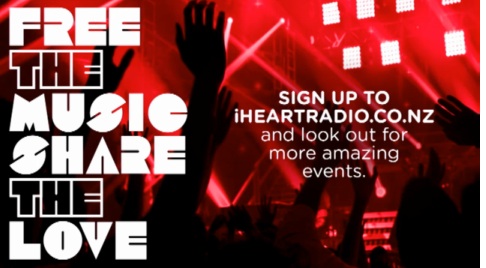 In the interviews and vox pops before the show TRN's presenters at times literally used the phrase "iHeart Radio" in every sentence. TRN's own website directs people to that address. But before the show, after the show and at the time of writing, there has been nothing there at iheartradio.co.nz -- it just redirects to iheart.com.

UPDATE: I've been discussing this with someone from iHeart, and there's something odd going on with my IP address -- there's a regional redirect that doesn't work for me, even after I've cleared my cache and cookies. Also explains why I never got an email -- because I registered on the US site. It may not be an isolated problem.

UPDATE 2: Resolved! I had installed a Chrome extension called Mediahint, which tricks the geoblocking on BBC iPlayer, which I like to look at occasionally. It's never been a problem before, but it prompted iHeart to override the redirect to the NZ regional page and prevented me playing geoblocked Lorde clips served by Brightcove to the TRN station and herald websites. Weirdly, it had no effect on Saturday night's Lorde stream. This answers a few questions for iHeart NZ too. Anthea at TRN noted that most of the problems they'd been having were with "savvy users" who knew what an IP address is. So, yeah: if you use Mediahint, or a service such as unblock.us to defeat geoblocking, you may have the same issue.

Add to that a glitchy, confusing ticketing process -- I signed up but have never had an email and I suspect I'm not alone,while some successful applications got emails with bar codes and allocated seating and some didn't -- which led to long, long entry queues. I'm also unsure why there were only 5000 people ticketed, when that left the venue some way short of full. You'd have to say that if they're going to do more "amazing events" they'd better hire in some skills.

And perhaps that's the thing about Lorde. This tiny, composed, bewilderingly talented teenager is, by example, asking everyone around her to raise their own games. And suddenly, a lot of people are playing in the premier league.