One of the more welcome developments in the local music business in recent years has been a better focus on the welfare of people who work in it. That focus was given form a year ago when the New Zealand Music Foundation Wellbeing Service was launched at the Silver Scroll Awards.

This week, I was given the numbers of the service's first year. The 0508 MUSICHELP line has received 80-odd calls from 45 people in the industry. Those numbers might seem modest, but it's not a huge industry – and it's one person a week who had someone to reach out to.

The calls get people through to triage counselling, which might be enough in itself – many "minor" calls have lasted longer than an hour – or lead to a reference to specialised help, including in-person counselling.

More than a quarter of people who called have  subsequently been diagnosed with a mental health or mood disorder – bearing out the findings of the survey that led to the service's creation. Issues have ranged from anxiety and "industry stress" to that perennial peril of a life in music, substance use problems.

People who used the service seem to have strongly appreciated talking to someone who "got" music. The foundation's general manager Peter Dickens deserves huge credit for first identifying the need, then acting to meet it.

A separate but equally welcome development has been renewed attention to the issues faced by women in music – up to and including sexual harassment and assault. Coco Solid kicked off Equalise My Vocals with the assistance of The Spinoff.

This week, Girls Rock! Camp Aotearoa – a local version of an initiative that launched in Portland, Oregon, in 2001 – announced itself with a crowdfunding campaign on Boosted. The "camp" (nb: no actual camping) for young women and girls will be held at MAINZ in Auckland from January 15 to 19. They'll learn instruments, write songs, form bands – and get good advice.

Its founders have already been backed by APRA, Recorded Music New Zealand, the New Zealand Music Commission and MAINZ, but they're looking for an additional $7000 from the public to keep costs for participants as low as possible.

Here's their video, which has more information from the organisers:

And finally, there's Sing It Sister: Sexism in the Music Industry, the last of this year's LATE at the Museum season. The moderator is Rose Matafeo and the panel is Ladi6, Dianne Swann, Geneva Alexander-Marsters and Jessie Moss. I also know who the guest performer is, but I'm not allowed to tell you yet. Let's just say it looks like a great evening.

Speaking of women in music: Julia Deans is back! 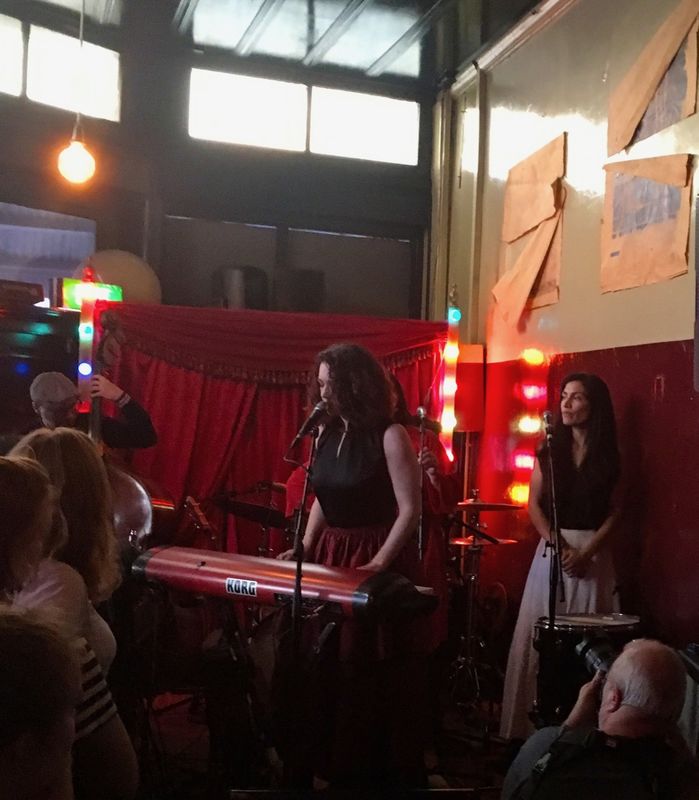 She played a little industry showcase at Golden Dawn this week to preview songs from her first album since 2010, We Light Fire, and play a couple of favourites from her last one, Modern Fables. And it was hugely, brilliantly impressive. 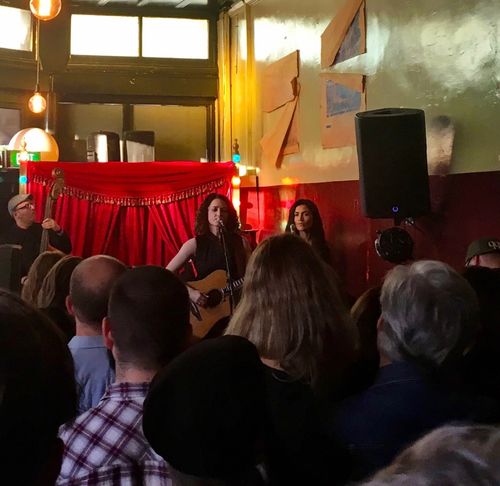 Julia's singing is better than ever – which figures: she recorded Modern Fables over time while she was working in a fashion store, but in recent years she's been singing for a job in various settings – and the new songs sound compelling. Cool band too: Richie Pickard on stand-up bass, Tom Broome on drums and (for one night at least) Anika Moa and Anna Coddington on backing vocals. 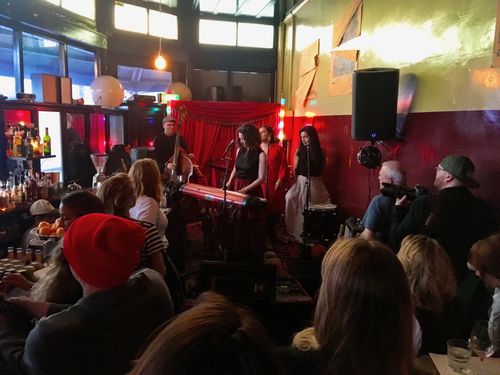 The first of those new songs, the surging single 'Walking in the Sun', is out today on your favoured streaming service and in the iTunes store.

I just wanna hear more. So I'm delighted to say that the last Orcon IRL event for the year is back at Golden Dawn on Sunday, November 19 and amid the chat, Julia will be playing a few songs for us out in the courtyard. Mark it down, y'all.

The crowdfunder for the forthcoming Chills documentary has less than a week to run – and it's almost there to its $60,000 target. A bunch of new rewards has been added and you really should consider getting in to help the story of Martin Phillipps, his band and their long, strange journey be told. There have been multiple bids to tell that story – this looks like it can be the one that gets there.

Moana Maniapoto is one of the better storytellers in New Zealand music – she has a lot to tell – and was basically a cinch for the latest in the series of video interviews by Ross Cunningham for Audioculture.

The interview was published this week and the page features the full 55-minute korero and nine parts covering everything from music and activism to Mo's memories of the southside club scene, which thrived in the 70s and 80s but was basically invisible outside South Auckland:

You can watch Ross's interviews with Peter Jefferies and Karl Steven on Audioculture too.

Also worth a look: Graham Reid's Audioculture article on Golden Harvest, freshly updated to mark the re-release of their eponymous album.

You can read much more of Graham's writing about music (and other things that take his interest) on his Elsewhere website.

Red Bull Music Academy this week published a really good chronological guide to the music of Fela Kuti, with observations on famous and lessr-known albums that I think would be of interest to anyone who's ever enjoyed Fela's music. It's extensively linked to YouTube instances of the tracks in question (in Fela's case, "track" usually meant a whole side of a vinyl abum). This 1986 Roy Ayers collaboration is one I'll be further investigating.

Coincidentally, Vulture did much the same thing with Sun Ra, with Spotify links to selected albums, including the fascinating 1978 album Disco 3000, which saw the Arkestra underpinned with a drum machine:

Both artists are fairly well represented on the streaming services – and it's worth noting that there are a couple of dozen Sun Ra albums available to buy in high-quality formats on Bandcamp – and pretty much all Fela's records too, including both volumes of the Black President best-of compilation.

Neil Young is still cool. As evidence, this clip from Farm Aid 2017 of him playing 'Cortez the Killer' with Promise of the Real, the California band he's been using as a touring band for the past couple of years. (Two of whom are the sons of Willie Nelson.)

At the end of this month (the 27th and 28th) Whammy bar celebrates 10 years of trouble underground with Whammyfest 2017, which features a big lineup including Disasteradio, Echo Ohs, Queen Neptune, Silicon and more.

Congrats to Rohan Evans for first opening the doors and Tom Anderson and Lucy Macrae for keeping it rocking. In a town where venues are closing down it's nice to know one venue has a long lease and no plans to go anywhere.

Lawrence Arabia has a series of solo shows under the banner An Evening Alone With Lawrence Arabia early next month (disclaimer: there may actually be other people there).

And Sneaky Feelings round off their Progress Junction tour with shows at the Cook in Dunedin on Saturday and Meow in Wellington next Thursday. Tickets here at Under the Radar.

Oh, and also: Electric Avenue headliners Primal Scream are playing an Auckland show too: at the Powerstation on Febuary 23.

It's been out a couple of weeks, but still highly noteworthy: Silicon (aka Kody Neilsen) has remixed Bic Runga's 'Drive to mark its – deep breath – 20th anniversary. It's on your streaming service and also here on YouTube:

Bic's national tour starts in Christchurch a week from today.

Estère literally releases half an album today. The six-track My Design will be partnered by the other half, On Others Lives in May. It's on the streams and in iTunes and Google Play and it's strikingly eclectic. Here's the Prince-ish single 'Control Freak':

And with Nina Simone finally making the longlist for the Rock 'n' Roll Hall of Fame this week (along with another long-overdue pioneer, Sister Rosetta Tharpe), here's a great dancefloor rework (free download) ...