Sneaky Feelings announced this week that they'd be reconvening as a full live band for the first time in 22 years – on a Wednesday night in Hamilton. It seemed highly likely that there would be other shows in the pipeline and, lo, a couple of days later, came the lineup announcement for The Others Way festival 2017, two days after the Hamilton show on Friday, September 1. 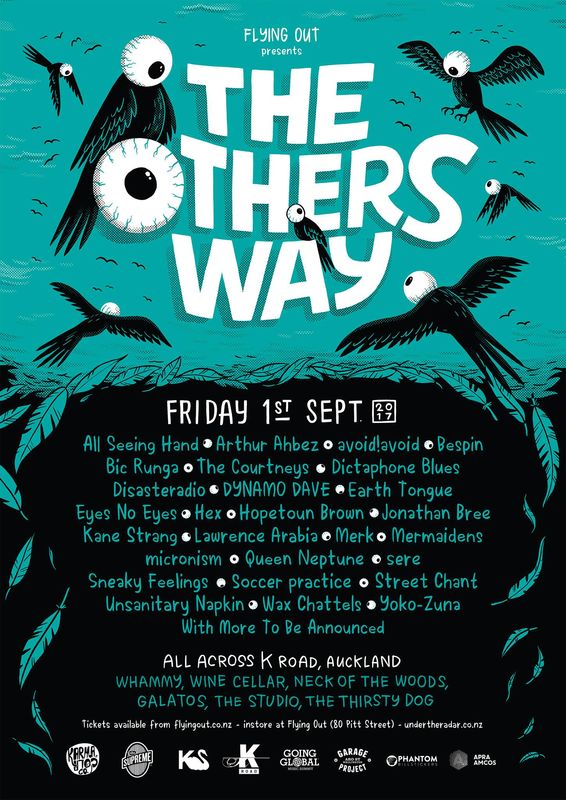 Sneaky Feelings will be playing their standards and songs from the new album, Progress Junction, that they've recorded over the past three years.

Note further that the lineup also includes Micronism, whose singular debut album has just been remastered and reissued by Loop, Street Chant (Emily Littler is back from LA for a while), Bic Runga, Lawrence Arabia, Disasteradio and more. This looks very good.

And also note that you don't have to wait till September for a multi-venue party on K Road. Indeed, there's one on tomorrow: 95bFM's bStreet. And it's free. 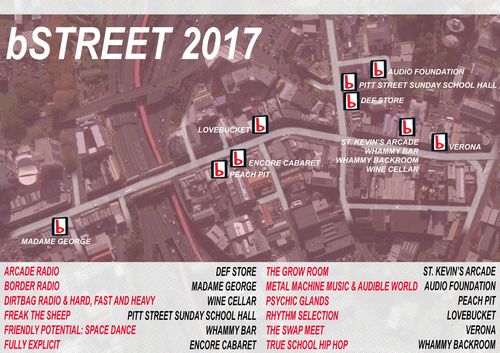 New b buddies Vice have published a helpful guide to what you might want to see. Note that the shows in St Kevins Arcade, the Sunday School Hall and Audio Foundation are all-ages.  Check here for set times, which will be up some time today.

And Wellington, you're not going to miss out on Micronism. The night after  bStreet, there's this gathering of indigenous techno aristocracy: 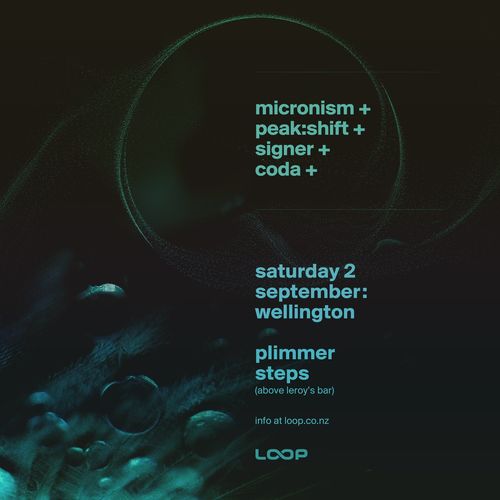 I had the chance to see a preview of Julian Boshier's Head Like A Hole film Swagger of Thieves this week. It's a disorderly film with elements of farce, a hazy chronology and one or two really challenging moments. In other words, a perfect Head Like a Hole film.

Like the other local music doco in this year's film festival, Simon Ogston's Bill Direen film A Memory of Others, Swagger of Thieves isn't a standard rock-doc, although its centre is the archetypal Mick-and-Keef relationship of the band's singer Booga Beazley and guitarist Nigel Regan. They hate each other and they love each other and they pretty much need each other.

It's a surprisingly intimate film, one that gets both figuratively and literally up close to its subjects, sometimes in their worst moments. And it's also a reminder of quite how far into the hearts of New Zealanders that band got.

I had a bit of a moment seeing the band's late manager, Gerald Dwyer, on screen. He's gentle, handsome, organised – and also, as someone points out, the "very high-functioning drug addict" whose opiate use took his life and also spilled over into the habits of both Booga and Nigel. Humans are complicated.

Tamzin Beazley, Booga's wife, emerges as a patient soul. The post she wrote for Simon Sweetman's blog after seeing the film is really worth reading.

The film screens in the Auckland festival lineup next Thursday.

Something else to do next week: Murray Cammick's AK•75-85 gathers some of the best of Murray's music photography for an exhibition at Black Asterisk gallery, 10 Ponsonby Road. The preview night is Tuesday, from 6.30, and there's a talk at the gallery at 2pm next Saturday the 5th.

Most of the photos predate my time as deputy editor at Rip It Up – although the shot of Siouxsie Sioux was taken during my first interview in the job – but they were always around the office at the time, so they bring back memories for me. And the one I've always really loved is this one ofrthe Screaming Meemees at the North Shore Netball Hall in 1981. It very much smells of teen spirit. 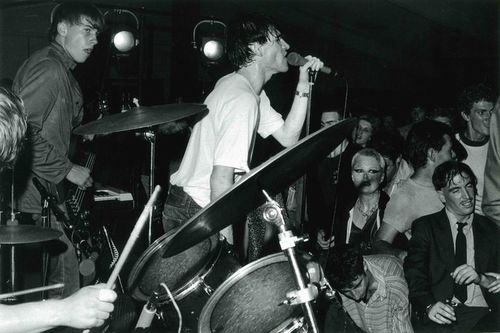 There are more images on the page for Trevor Reekie's interview with Murray for RNZ.

And of course, our own Capture blog ran some of the same pics and more, with Murray's commentary, back in 2012.

I was sitting by the fire this week, listening to Apple Music's 'Electronic' playlist on headphones, and something really jumped out at me. It was 'Paid', a track by the curiously-named Sudan Archives, who turns out to be a 23 year-old self-taught violinist and producer from Ohio. The track is from her self-titled debut EP on Stones Throw, which is six tracks of strange, arty fusions of beats, grooves and African folk music. It's cool. Streaming and buying links here, including a Bandcamp purchase.

Public Enemy's new album is free! You can download it from here. It sounds basically nothing like most contemporary hip hop – meaning it's a classic gear-grinding PE production which seems to take some flavour from Chuck D's recent rockin' work in Prophets of Rage (although let's not forget PE sampled Slayer way back in the day – it's all about the sonics). It's cool too, okay. 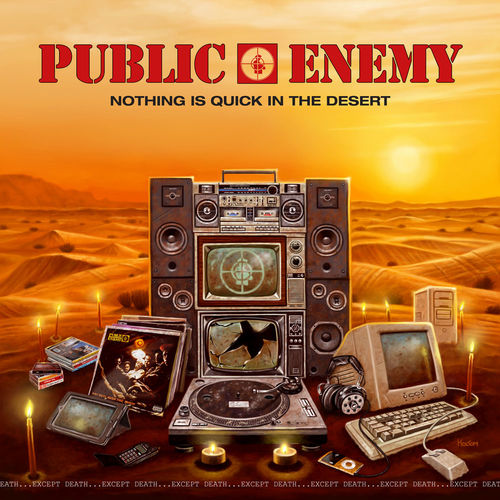 There's also an instrumental version of the whole album to download on the same page.

Last Sunday's 95bFM jazz show was quite a thing, with Duncan Campbell and Dom Nola staging an African special. You can stream or download the podcast.

Clicks are DJ Dick Johnson and his partner Anna Coddington – and they have a really nice new EP out, comprising five mixes of their groovy house track 'Resolution'. It sounds like this and you can buy it here on Bandcamp.

Also on the remix tip: Wellington's Lord Echo, who has a bunch of mixes of 'The Sweetest Meditation', featuring Mara TK, on Bandcamp, including this fantastic club take (which is also on the 12" available for pre-order via Bandcamp):

I've shared quite a few tracks from Leftside Wobble (aka Jonathan Moore, but not the one from Coldcut) over the years – his stuff really is in my zone for dance music. This week he dropped a two-hour mix to mark 10 years producing under the Leftside Wobble name (he's been DJing since the late 80s). It's bloody dubby disco marvellous – and if you click through you can download it from his Facebook page:

And finally, you might have seen my interview with Paul Oremland, director of 100 Men. The interview was a delight – and also occasion for Paul to finally hand over a copy of The Rhythm Divine, the disco history he directed back in the early 90s for Britain's Channel 4. Written by Jon Savage, it traces an indiosyncratic path through the music, a British one – and also a notably gay one.

In the happiest of coincidences, Bill Brewster has just posted a two-hour playlist in tribute to gay club culture – and marking the 50th anniversary of the Sexual Offences Act, which decriminalised sex between men. It's a free download.

But one track that's in Paul's documentary that not in the mix is this one. I honestly did not know about this Three Degrees track, but it's a Giorgio Moroder-produced banger!

Public notice: The vacancy has arisen for a new sponsor for Friday Music (thanks so much Songbroker, you've been lovely). It could be you! It's only $500 a month after all. Interested? Click on the email icon under this post and drop me a line.