When Audioculture published my article last year on the worst disorder to take place at a concert in New Zealand -- the 1984 Queen Street riot -- it turned out to be anything but the end of the story.

As soon as it was published, people started coming forward with their own memories of that strange day -- on Facebook, on Twitter, and here on this site. Most of those stories had not been publicly told before, and some of them were remarkable. No more so than Jeremy Jones' tale of seeing the police prepare to deploy tear gas -- and then decide against it:

We went to a mate of a mate's mate's flat above a shop, where we watched the riot unfold both out the window and on the TV live.

We were enjoying our relatively prime position when some cops in gas masks entered with gas canisters to access the awning, they later returned back inside and advised us they were not going to unleash the tear gas as there were too many innocent people, like movie goers and diners.

I'm not sure that part of the day has ever been acknowledged.

To mark the 30th anniversary of the riot-- this Sunday, December 7 -- I've collected and edited the stories and they're published today on Audioculture. Go and have a look. 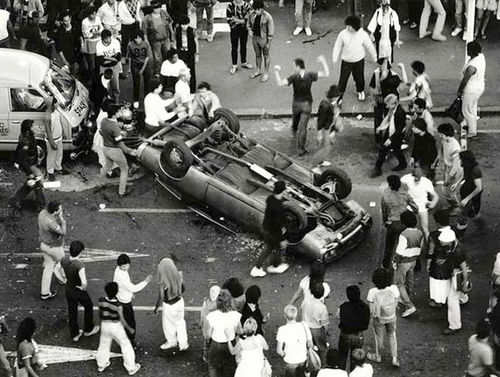 If you haven't seen Justin Harwood's web series High Road, do yourself a favour and binge-watch it the next time you can't face leaving the house. The first six-part series, shot at Piha on no budget, seemed to arrive fully-formed -- sweet writing, nicely-pitched performances -- and was good enough to earn NZ On Air digital funding for a second series of eight episodes, which hit the wires recently.

It's the story of, as Justin puts it, "an English rockstar who starts a radio station and has trouble with the ladies" and the love of music is threaded through the whole thing: the montages of classic (and not-so-classic) album covers that link scenes; the hit tunes we don't hear but are invited to recall as Terry Huffer lowers the needle and enters headphone ecstasy; the songs we do hear, including 'Jesus I Was Evil'; and the in-jokes about the Beatles. They even made an actual vinyl record for it: 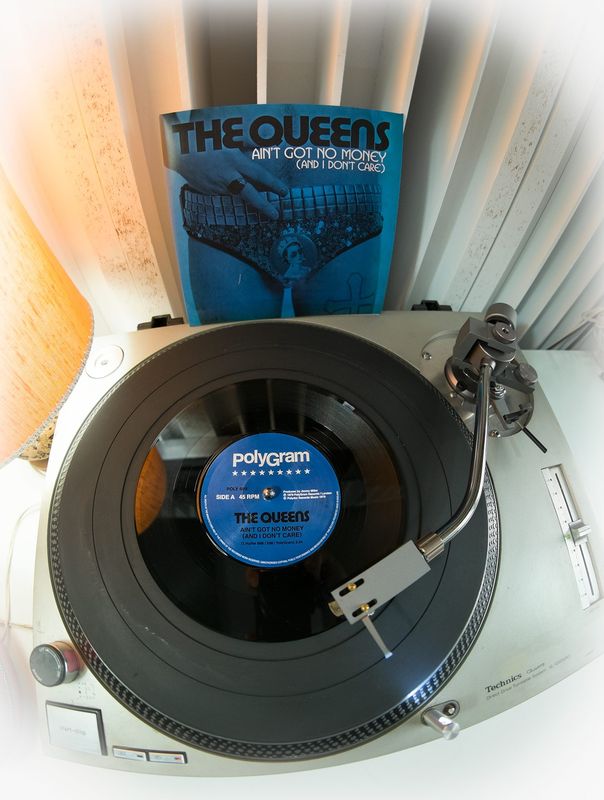 Also well worth your while watching on demand: Oscar Kightley's documentary for Tagata Pasifika, Ladi6 -- Return to Africa, which screened last Saturday morning with no fanfare at all. It's a revisiting of the teenage experience that seems to have shaped Ladi personally and artistically: when she and her family followed her community-worker Dad to live in Tanzania. The musical jams are a lovely touch too.

There are advantages to having a lot of followers on Twitter. Case in point: earlier in the year, I was working on something one morning, and by the time I got my head up, I realised that it was the day that tickets for Nick Cave's solo shows went on sale -- and I'd missed out.

So I had a bit of a cry on Twitter, and someone got in touch to say a friend and her husband had accidentally both bought tickets and might be willing to part with the spares. It happened, and now Fiona and I have tickets for tomorrow night -- near the front of the circle. Kate and your husband, thank you so much. I trust you'll enjoy your weekend in Auckland.

For those who are going, or who aren't, here's a taster from the New York City Town Hall in September:

Firstly, another intriguing clip from Auckland's Princess Chelsea, directed by Simon Ward, who she's worked with before:

And a non-dystopic sci-fi scenario from young Auckland techno producer Suren Unka. The excellent trans-Tasman music blog Happy has a story on the making of the video:

The Fader has a feature on Wellington's Eddie Johnston, aka Lontalius, aka Race Banyon, under the glorious billing Meet The New Zealand Teenager Behind The Internet's Best Rap Covers. It sheds some light on why Eddie makes these recordings (he likes the sad songs, basically).

I'm glad he does. His version of Drake's 'The Real Her', with its soft, drowsy vocal and beautiful, subtle instrumentation, is one of my favorite tracks of the year:

It seems that this style is now finding Eddie his place on original hip hop recordings too. He takes the chorus on this new track by the US artist-producer Tunji Ige:

And there's even a new Lontalius original, posted this week on Eddie's new "official" Soundcloud account:

Thanks to the folks at Flying Out for putting on a boffo Christmas edition of their regular The Other's Way shows at the Wine Cellar last night, with Bunnies on Ponies, She's So Rad and and Totems. My boy and I needed some air after after the first two and we missed Totems, but I'm assuming it went fully off -- I've never actually seen that venue jumping like that. Word up for K Road last night too -- I counted three sets of DJ decks actually out on the footpath as we walked to the venue and the strip was busy and buzzing. 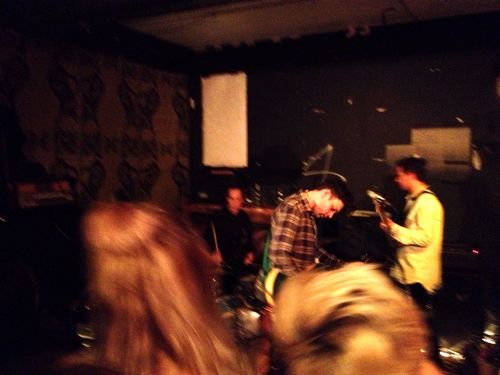 And a reminder that Flying Out's sale ends today. Lots of excellent bargains on LPs, CDs and cassettes(!), with free shipping in NZ. Ideal for Christmas shopping, you'd think.

Auckland's DPTRCLB have been keeping the funky house flame for a while now, and they've come up with another big tune:

Local producer POLO flips Taylor Swift's 'Shake It Off' and throws in a 'Time After Time' sample. Heh, in a good way. Click through for a free download:

One sweet hour of older-technology funk and disco mixed by She's So Rad's Jeremy Toy:

On TheAudience: another week, another impressive female solo artist from Christchurch. This time in an R&B style:

And finally, if you've read David Byrne's 'How Music Works', you'll be familiar with his description of Talking Heads' dub-style recording process during the band's heyday: establish a groove, have everyone in the room play over it, then reveal the song through a process of subtraction.

That makes their work a particularly good candidate for a reinvention by The Reflex, the British DJ who works strictly with the original stems of classic tracks. He's just posted this pre-release "revision" of 'Burning Down the House', and sure enough, there were tracks laid down that you never heard on the record ...