Just a quickie today, what with there being an election on and everything, but the big music news this week was the announcement of the Laneway 2018 lineup, which includes Bonobo, The War on Drugs, The Internet and Canadian funk fusionists BADBADNOTGOOOD.

Locally, there are well-deserved slots for Aldous Harding and Connan Mockasin and a return to the stage for the three gentlemen of Unitone Hi-Fi.

Mermaidens have a new video and it's an op-shop tupperware party ...

Gig of the week looks to me to be Cardboard and Computers Rmxd, a reprise of Weston Frizzell's multimedia art show featuring sound and vision from an impressive crew of creators, at Neck of the Woods tomorrow night. 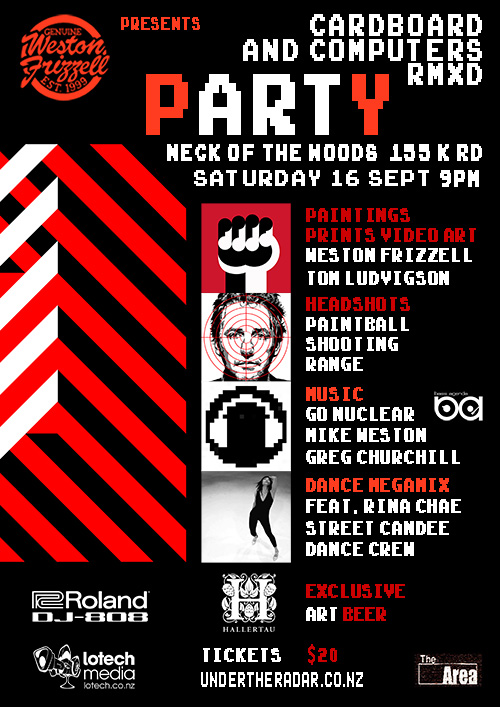 Or, for another vibe altogether, the final show of of Reb Fountain's Little Arrows launch tour, tonight at the Tuning Fork. You could call it Americana, but it's really Lyttelton calling.

I think I mentioned the new Nu Blends edit compilation a couple of weeks ago – well, it's out this week, its an absolute feast of rubbed-up soul specials and it's a free download for anyone who signs up here to the Nu Blends mailing list.

The version of Bill Withers' 'Use Me' is worth your click all on its own. It's tight.

From the forthcoming album Funkadelic – Reworked by Detroiters, which sees contemporary Detroit musicians get in and get down with the holy tunes of their forefathers (thanks to @MaxVO2 on twitter for the heads-up):

Renegade Soundwave were part of my life-in-London soundtrack in the late 80s, so I was pleased to see this grooved-up edit of their hulking single 'Cocaine Sex' turn up. Free download: