Heavy metal has a dread secret: the majority of people who play and enjoy the music are actually really nice. But please don't tell anyone. And especially don't publish any career-ending tweets like this one from John  Campbell.

Dear All, just to clarify, whilst @beastwarsband arguably make terrifying music, they're personally nicer than Julie Andrews. Yours, etc, JC

You can imagine the headlines: "Beastwars 'just like Julie Andrews' says famous broadcaster."

I cannot begin to explain the reputational damage that could flow from this tweet. It is, of course, true. The hills are indeed alive with the sound of EFFING GREAT RIFFS. And Beastwars are lovely chaps.

As were all the chaps and chappesses who gathered at Vector Arena on Monday for Black Sabbath's second show. Granted, some of them were a little over-primed by showtime, but the risk was less of violence than that they might accidentally crash into someone. And when Sabbath did actually take the stage, the happiness on their hairy little faces was genuinely touching.

The deeper vaults of Black Sabbath were something of a mystery to me -- I know 'War Pigs' (which was brilliant on the night) and 'Paranoid' and not a lot else. I realised as the show unfolded that Sabbath's stock-in-trade is the dirge. They played one dirge after another, and with each, the happy, hairy faces glowed a bit more. The marijuana in the air presumably helped.

I'm not sure whether someone made a deliberate decision to stand down the Officious Vector Security Corps for the night, but the low-key security was entirely appropriate. Rock 'n' roll crowds generally look after themselves, and this one just needed to be left alone to testify.

I was there with my son, who declared it to be the best gig he's ever been to in his life, and Ozzy Osbourne to be "fucking awesome". This is him on the night: 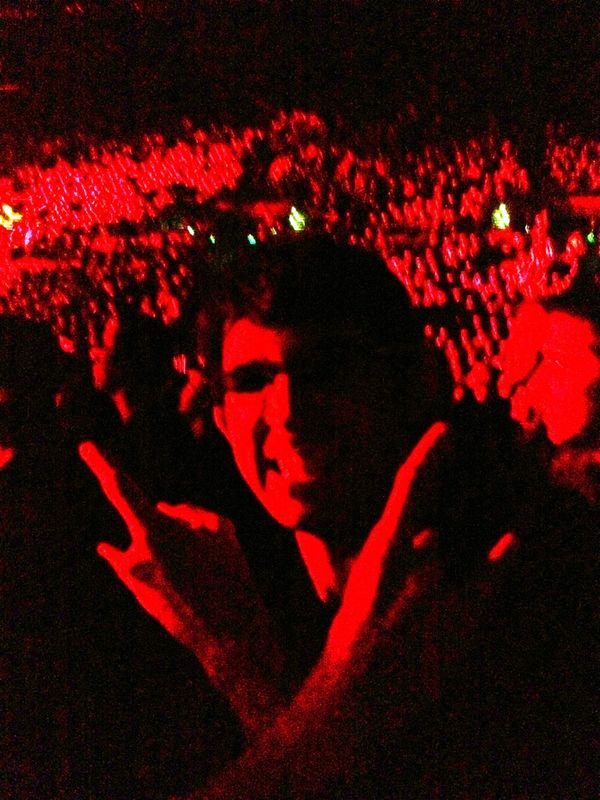 I sometimes post re-edits here without explaining what a re-edit might be. What distinguishes a re-edit from a remix is that ideally you're working with the original sounds, perhaps looping a particular break from the track to make it more dancefloor friendly (nothing new about that -- it's pretty much the basis of hip hop), or even copping the backing track from a different version of the same tune, as New York DJ did here with an Aretha Franklin tune -- rather neatly using Aretha's sister Erma's version of the same song:

To be fair, he also uses sampled drum tracks released by Malcolm Catto, whose work can be found in anything from the Dap Kings to DJ Shadow. It's pretty cool, though -- and you can buy that and a couple of dozen other reworks by Honest Lee for a buck on his Bandcamp.

Now, as intriguing as some of these creations can be, they sometimes fall flat when you play to your non-geek friends at parties. With their long intros and re-arranged structures, they can just confuse people expecting the original. Not everyone likes your smartarse internet music. I think there's little danger of that with this one:

It has even been acknowledged on Sixto Rodriguez' official website.

Notable on The Audience ...

They have an EP currently climbing the local iTunes chart.

A moody, expansive electronic pop song from Death and the Maiden:

And this fab slab of happy shambling from Auckland:

Am I right in thinking that Princess Chelsea's cover of 'We're So Lost', currently lighting up the smarter airwaves, cannot yet be purchased in digital form? So, so want. For now here's the original:

Princess Chelsea has a new album on the way -- as does Pretty Lights. Here's the video for the lead single, featuring Talib Kweli:

And finally, it's Phoenix Foundation Fandango album release day! Here on iTunes, on vinyl in real life. I'll review it next week.