Fred died last week. He was my mate Shane's dad, having come into his life 50 years ago when Shane was three. I hadn't known Fred well, but I'd seen a bit of him over the years and I so I went to the family gathering to see him off, to be there for my friend.

They're a colourful, slightly complicated family and a few drinks had been supped by the time I arrived at Fred and Trish's Housing New Zealand place in Freeman's Bay. Fred was there out in the garden; at peace in his Chelsea shirt (and, I gather, his treasured Union Jack undies).

I gave Shane a hug and he got me a beer. "Do you want some food?" he said, and pointed the table. There was a big pot of biryani, a vegetable curry and what proved to be a delicious spicy salad.

"It's from the Muslim family next door," he said. "It's amazing. They've been feeding us all for the past four days."

I realised I'd seen the family arrive, just ahead of me. They looked a little nervous about going in and, I confess, I was surprised to see them.

It came time for friends and family to stand and speak. Sasha, the teenage daughter from the family next door, was one of the first. She'd written a short, lovely speech about how nice Fred had always been to her and her brother Umer, from the day they'd arrived in their new neighbourhood.

Sam, a member of Fred's extended family who is on the autism spectrum and about the same age as my boys, spoke with clarity and maturity. Margaret, who I think is Tongan, talked about the way Fred had put up with her and Trish's adventures, then moved to his coffin and, because he'd always liked a song, sang the old standard 'You Belong to Me' while she cradled Fred's head in her hands.

It was beautiful and I thought of the photomontage Shane and the others had put up on the living room wall, wherein some of those adventures over the years were captured. 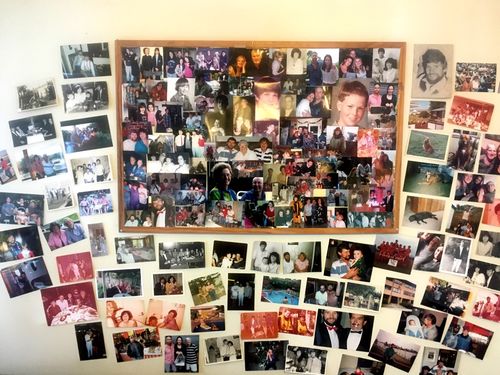 Eventually, Malik, the Pakistani Muslim father from next door, stood to speak. Even though his own funeral traditions do not include the deceased being returned to the home, or viewing of the body at all, he walked over and placed his hand on Fred's open coffin while he talked about "the meaning of VIP". Some people, he explained in halting English, thought that VIP was about having money or flash cars, but it was really about a person's character. And Fred, he said, was a true VIP. 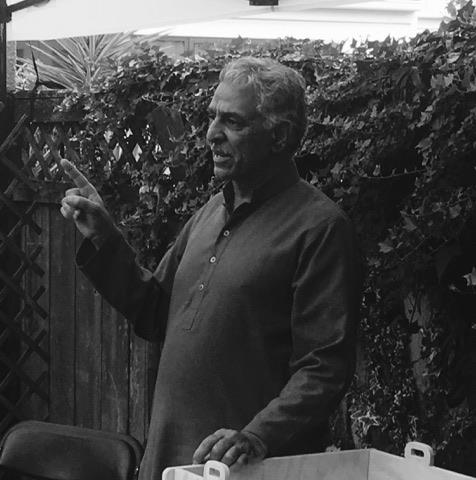 I was in tears by this point, not only because it had been a fine send-off for a good man, but because I've been spending a bit of time lately looking into Twitter's void of bigotry; bleakly butting heads with people, mostly Americans, who had been sold a story of Muslim inhumanity, who genuinely believed that all Muslims were conspirators to murder. Some of them even muttered about getting in a first strike. It had seemed dark and intractable and I'd brooded on how it could ever be changed.

There, joining everyone in remembering Fred, I felt some of that bleakness lift. Two very different families were interacting in a way that was about the  basic goodness of people. Trish told me she'd never realised how much Fred's openness and willingness to take his time with people had meant to Malik and his family. They shared the loss of his passing.

I talked to Sasha and Umer for a while before they and their dad went back to their home, then had another glass of wine, signed the lid of Fred's coffin, hugged my buddy again and rode off into a world a little better than it had been before.