Hi folks. I won't nag you every week, promise, but I'm quite excited about Media3's debut at 10.25 tomorrow morning on TV3, and it'd be nice if lots of people were to watch it -- not least because some people have put a lot of work into getting it there.

To make a good-looking show within our new budget has required a good deal of ingenuity -- and a fair bit of sweat to turn the Villa Dalmacija ballroom into a production set, then back into a ballroom afterwards. Particular props to Matt Barrett, Dylan Reeve and Michael Zahn on the technical front and special word for the youngest member of the Media3 team, Sam Mulgrew, who worked a very long day yesterday. It takes a village ...

Some of what we're doing technically is fairly homebrewed, but it all pretty much worked on the night. We've also had to do it without our venerable producer Phil Wallington, who spent our hiatus month undergoing and recovering from unplanned major heart surgery. I'm pleased to say he's in good form and threatening to be back with us sooner rather than later.

So if you were to, say, tell your friends and family that we're on, it'd be fitting recognition of their efforts.

If you can't be in front of the TV, it'll be up on TV3's on-demand service very soon after broadcast and repeats at 11.50pm on Sunday. Ta. 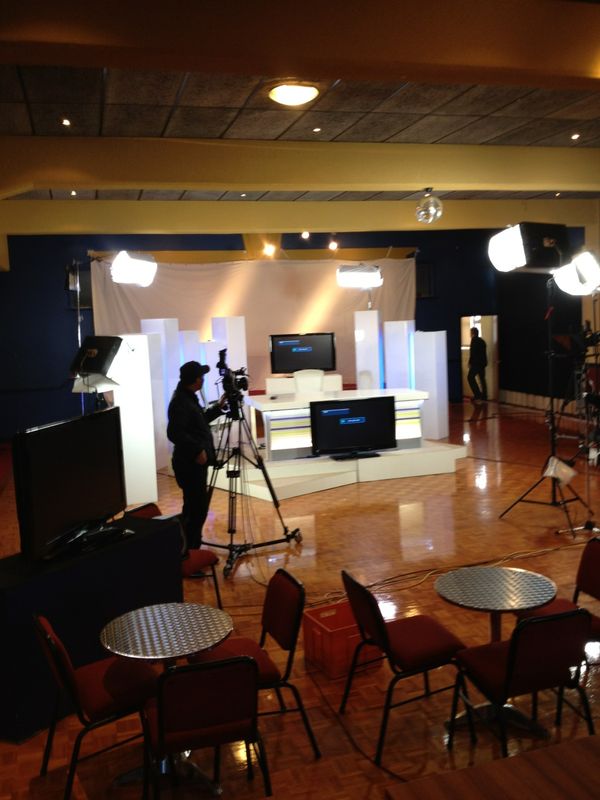 And thanks, New Zealand On Air.