So after two days in Ghor I flew back to Kabul, ready to drive to the Panjshir Valley. That morning a large blast had rocked the city, the suicide bomber detonating his car in the Wazir Akbar Khan District*, home to a number of embassies and international agencies. Two Afghans were killed. I spoke to a contractor at the airport, heading home to West Virginia, who felt the force of the blast over a kilometer away. "I've had enough of this place," he said, "I want to work somewhere I can bring my kids. Maybe France."

Of course it's nice to have that kind of choice. Most people here don't.

I don't want to overstate the danger in Afghanistan, but at the same time, bombs are occasionally going off, people are being shot at, people are dying. Drinking with some of the NGO workers in Kabul one night, it was clear that after a while 'in country' your concept of what is safe, changes. One young woman said she called her parents after today's bombing, knowing this one would probably make the news. 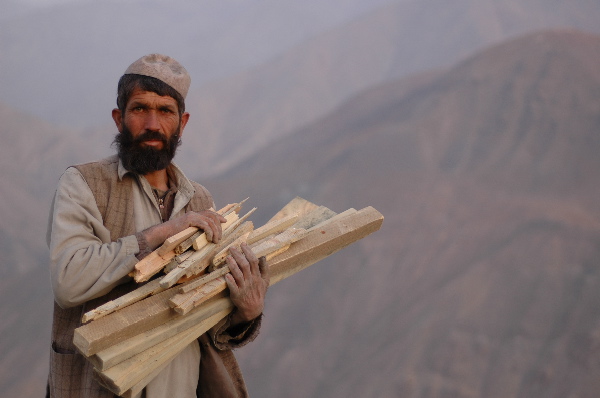 At the same time, people are getting on with their lives, and getting on with rebuilding this shattered country. Which is why I was headed to Panjshir, to look at a windfarm project being funded by the local US PRT (Provincial Reconstruction Team) and built by a New Zealand sustainable energy company.

Geographically, the Panjshir Valley couldn't be more different from Chaghcharan. While everywhere in Afghanistan seems dry and dusty, Panjshir is at the luscious end of the spectrum. Trees and green-ish fields, even at this time of year and a majestic (and presumably freezing cold) river bisecting the massive peaks of the valley. 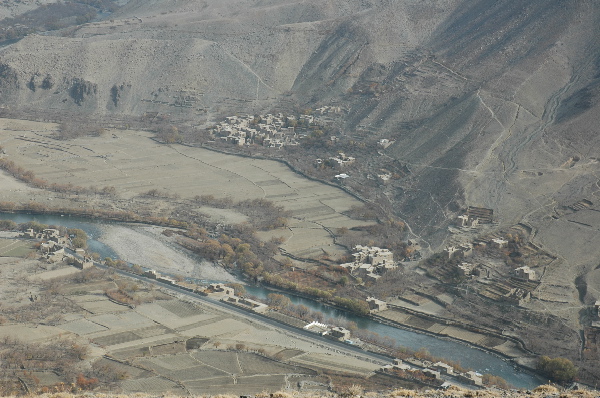 The Panshir also holds a special place in Afghanistan's recent history. Because of its geographical advantages (and no doubt the ferocity of the Panjshir people – mostly ethnic Tajiks, who are still armed to the teeth by all accounts) the valley was never captured by the Russians despite numerous attempts – the Russians lost two-thirds of their total war casualties in that valley.

The 'Lion of Panjshir', Ahmad Shah Massoud led those forces, then brought the battle to Kabul as a commander for the Mujahideen. When the Taliban later took control, they too tried and failed to conquer the Panjshir Valley. Massoud was killed in 2001 by two Al-Qaeda suicide bombers. Seemingly every car in the Panjshir has a portrait of the Lionised Lion taped to its windshield. His portrait can be seen elsewhere in the country too, although his reputation outside of the Panjshir is mixed – as my driver noted, the Mujahideen also contributed much to the destruction of Kabul. 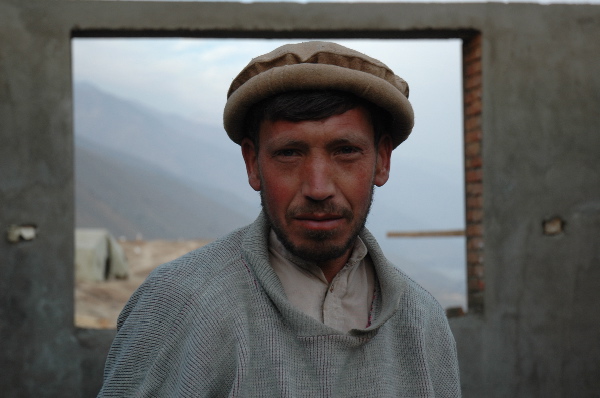 For the first time since I arrive in Afghanistan, I don't have the luxury of a hot shower. We're sleeping pretty rough, getting up in the morning, a splash of water and then up to the worksite, freezing cold and windblown, hundreds of metres over the already-elevated valley floor. Again, it's all relative, the labourers working on the site don't descend the hill at night – they sleep in tents, in what must be sub-zero conditions. Again the workers are happy to pose for photos – it seems impossible to get 'candid' shots; as soon as the camera's out the shovels go down and they stand at attention, staring defiantly down the lens. There are plenty of smiles here, but not for the camera, and I wonder why our default pose involves a stupid grin – at Dubai airport I even noticed a new Sony camera that takes photos automatically when the subject smiles. Not a big seller in Afghanistan, I'm thinking.

At night we drink vodka with the Afghan engineers. Being both alcoholic and Russian, the bottle is kept out of sight when not being poured from. We learn new games of cards and new phrases of Dari, both of which involve a lot of laughter. 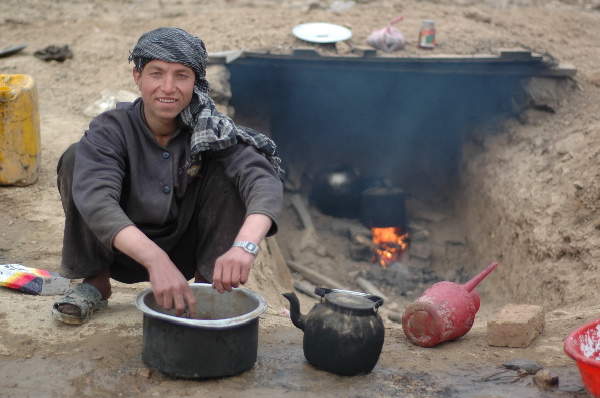 After a few days in the beautiful Panjshir, I head back to Kabul. My driver picks up a six-pack of Heineken and some warm potato balani from a roadside stall in the middle of nowhere – beer is getting harder to find in Kabul these days, and drink happily as he weaves through the darkness. With the combination of checkpoints, potholes, speed bumps, no centre lanes, seatbelts or passing etiquette, a driver chugging a couple of beers seems like the most trivial thing in the world. Afghanistan certainly puts things in perspective.

I fly out the next day – my last night in Kabul consisted of a bar crawl around a few expat haunts, including a party in the concrete bunker of a house that doesn't officially exist, hosted by the Special Forces of a nation I won't divulge. All but one have beards, dyed black to act as a disguise, if a fleeting one. "How many of you live here?" I inquire innocently of one of the housemates. "I can't tell you that", he replies, offering me another beer. 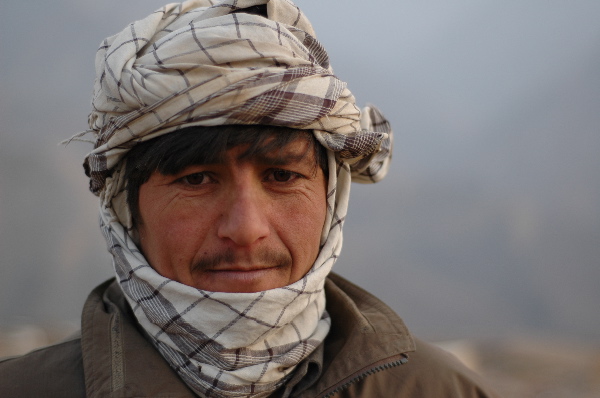 The mountains I flew over a week ago are now covered in snow as I leave. Along with seemingly every other visitor here, I've been reading The Kite Runner while I've traveled. I finish the last pages as I look down at Afghanistan disappearing below and tears well in my eyes. Maybe it's the ending of a great book, but I suspect it has a lot more to do with leaving this incredible country. 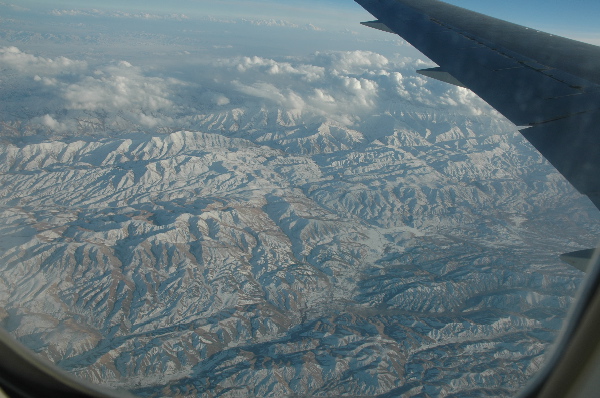 *Those of you who have read The Kite Runner may recall the Wazir Akbar Khan District as the location of the house where Amir lives with his father.

Damian's travel is thanks to a grant from the Asia NZ Foundation. Not so much this bit, in Afghanistan, but the next bit I'm doing, in Pakistan. But I wouldn't be in Afghanistan if I wasn't going to Pakistan too, you know? So, thanks, Asia NZ. 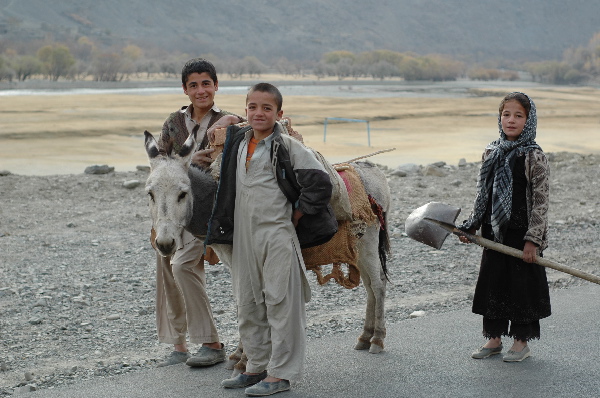