The trip started off most unpromisingly. Halfway through the flight down there, the pilot informed us the autopilot wasn’t working, and we were going to have to detour to Christchurch for it to be fixed. No offence to any Cantabrians, but I would have rather been sat next to Susan Devoy for the entire flight than have to spend time in Christchurch.

As it was, we sat onboard the grounded plane for an hour, looking at the heavily overcast Christchurch sky, and the rain slowly drizzling down the plane’s little windows. Like people do when they're on holiday, I took a photo of it. 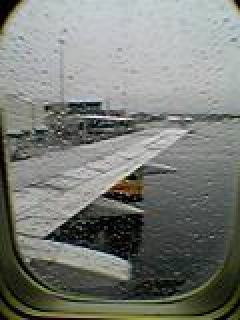 As we sat, I contemplated. Is there anyone who takes so little milk, or such a meagre portion of sugar, that those little UHT pottles and sachets of sugar are sufficient? I also wondered why you need an autopilot on a flight that’s only two hours long, and how long does it take to fix a puncture?

An hour and a bit later, we landed in Queenstown, where the weather was fortunately a lot better than its godforsaken mainland associate. In fact, with the cherry blossoms in full effect, the town was covered in a spray of white and pink. Once again, Queenstown had outdone itself. 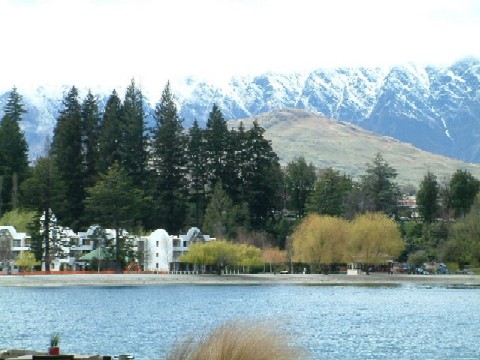 I’m amazed how many kiwis haven’t been to Queenstown before. I can’t think of too many places that have more of a ‘wow’ factor than Queenstown. And it lasts from the time your plane drops in over the alps – wow – to the time you check your bank balance when you get back to work on Monday – wow. But much like always picking the second cheapest bottle of wine from a restaurant menu, it’s money well spent.

As far as venues go, Coronet Peak must be one of the best places to learn how to ski, or in my case, snowboard. It’s got nothing to do with the snow, or the quality of the runs, but when you’re sitting on your arse for the tenth time in as many minutes, wondering if you’ve got enough strength left to haul yourself up, it’s definitely a bonus to have a spectacular view of the surrounding mountains. 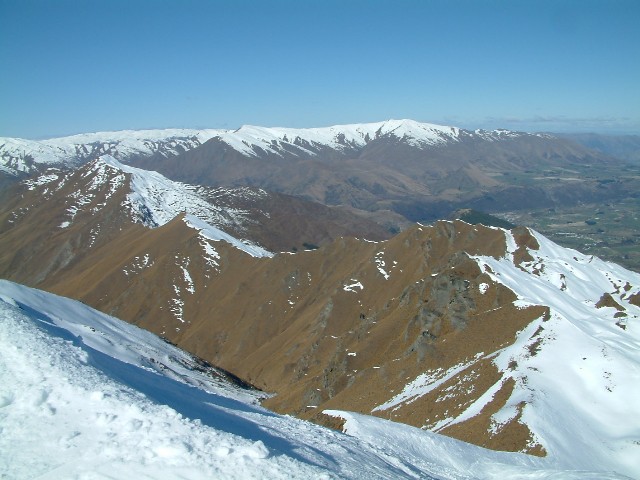 After a couple of days on the slopes, I was still pretty much confined to the ‘magic carpet’, a conveyor belt that drags newbies like myself to the top of a very short and very flat run. Which is not to say I didn’t have a great time. I dominated those slopes. Well, me and a couple of six year olds. 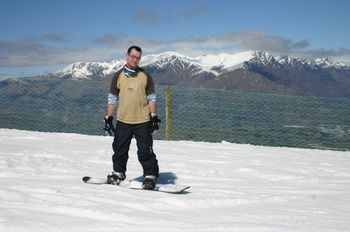 Queenstown nightlife is well worth missing a day’s skiing for; there are bars and clubs there I’d quite happily swap for most of Auckland’s haunts. Also, having a constant supply of tourists around has helped the locals realise what side their bread’s buttered on – the service is very friendly, and very good. If you’re in the area, The Bunker (bar/restaurant), Bardeaux (wine bar) and Subculture (nightclub) combine to form a pretty good night out, after which Joe’s Garage is a great place to put some good hot breakfast grease and caffeine into your sorry hungover self.

On Monday we hired a car and went to Arrowtown. It looks as though someone made an 87:1 scale version of those towns model railway enthusiasts use, but worth a look, and only about twenty minutes drive from Queenstown itself. 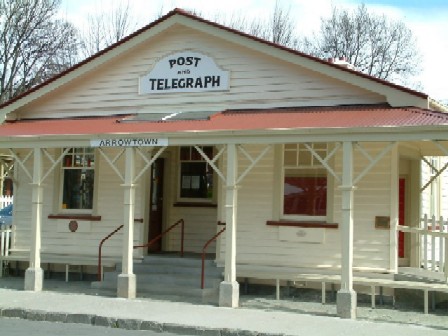 Chinese settlers once lived there in tiny wee shacks, while they dug for gold. From what I read on the Conservation Department signs, they had it pretty rough from the 19th Century equivalent of Winston Peters. Small shacks in Arrowtown, big houses in Howick – there’s just no pleasing some people is there? 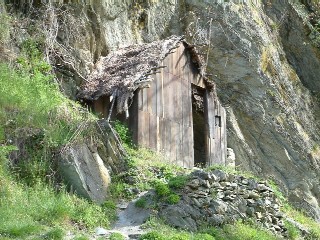 Anyway. As far as long weekends/short holidays go, it was one of the best I’ve had. Snowboarding, gorging, drinking, hotel rooms and mini-golf, what more could you ask for? Exactly.

Thanks very much to Deborah @ Pead PR and nzski.com for the mad hook-ups, and my instructor Mark Lawes for trying his best to get me on my feet.

PS: Yay, new mayor, new council. But people of Wanganui – what were you thinking? When someone resigns in disgrace from Parliament because of a forged signature, which part of that makes you think “Now that’s the kind of guy we need running this town?” As David Farrar notes, you get the politicians you deserve, but I’m not sure even Wanganui deserves that strange little man. Christchurch perhaps.