These negatives sat for 25 years in a box, along with a whole lot of others which it never really occurred to me to share, until now.  The two in the opening post (repeated here, but full size) were mainly to highlight the novelty of a Half Frame camera.  Which, incidentally, is sitting at home with a recently bought roll of 1600 asa film in it.  I have plans.  Don't we all?

But it turns out photos can take on a life of their own when you release them into the wild.  Trite as this may sound, the way everyone has got straight into contributing images, which have lead to other images, and discussions, and re-composition, makes this even more abundantly clear. And us abundantly happy. Did I mention that?

The scene depicted below is pure nostalgia for me. Orientation week early in my days as a student. Not of a mind to join in the games, or climb on a roof, I wandered around capturing the onlookers. Sitting this side of 40, with three young ones on the way to joining this, or similar institution of higher leaning (parental assumptions notwithstanding) it's easy to look at the reckless behaviour and say 'that would never be allowed today', or in my case 'YOU GET DOWN FROM THERE!'

And yet, who am I to judge, as those sitting on the edge of the highest points of the roof lean forward to get a better look. I married one of them. 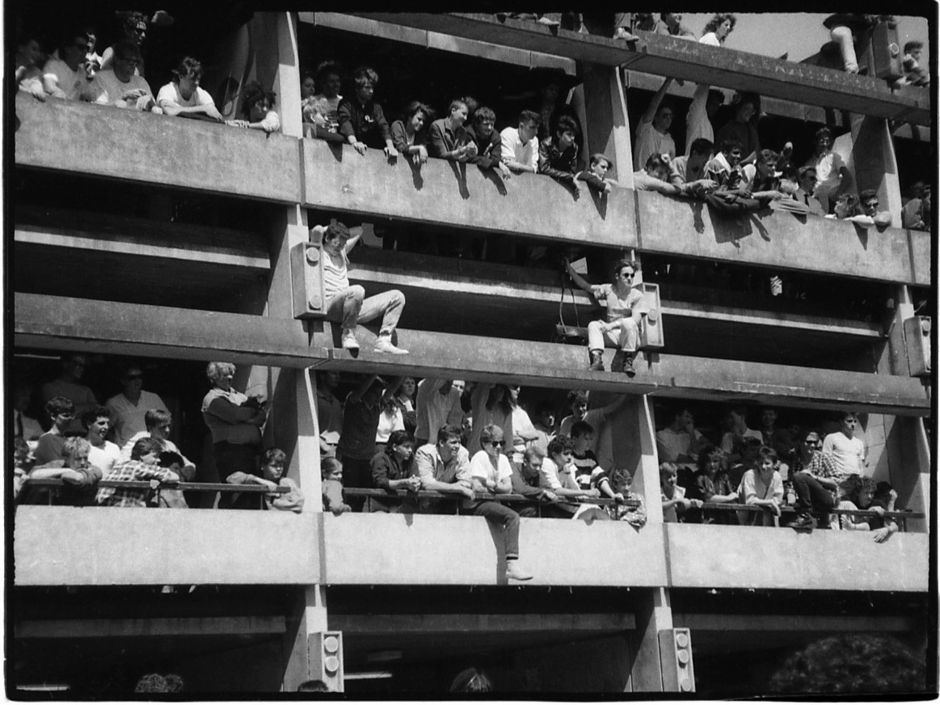 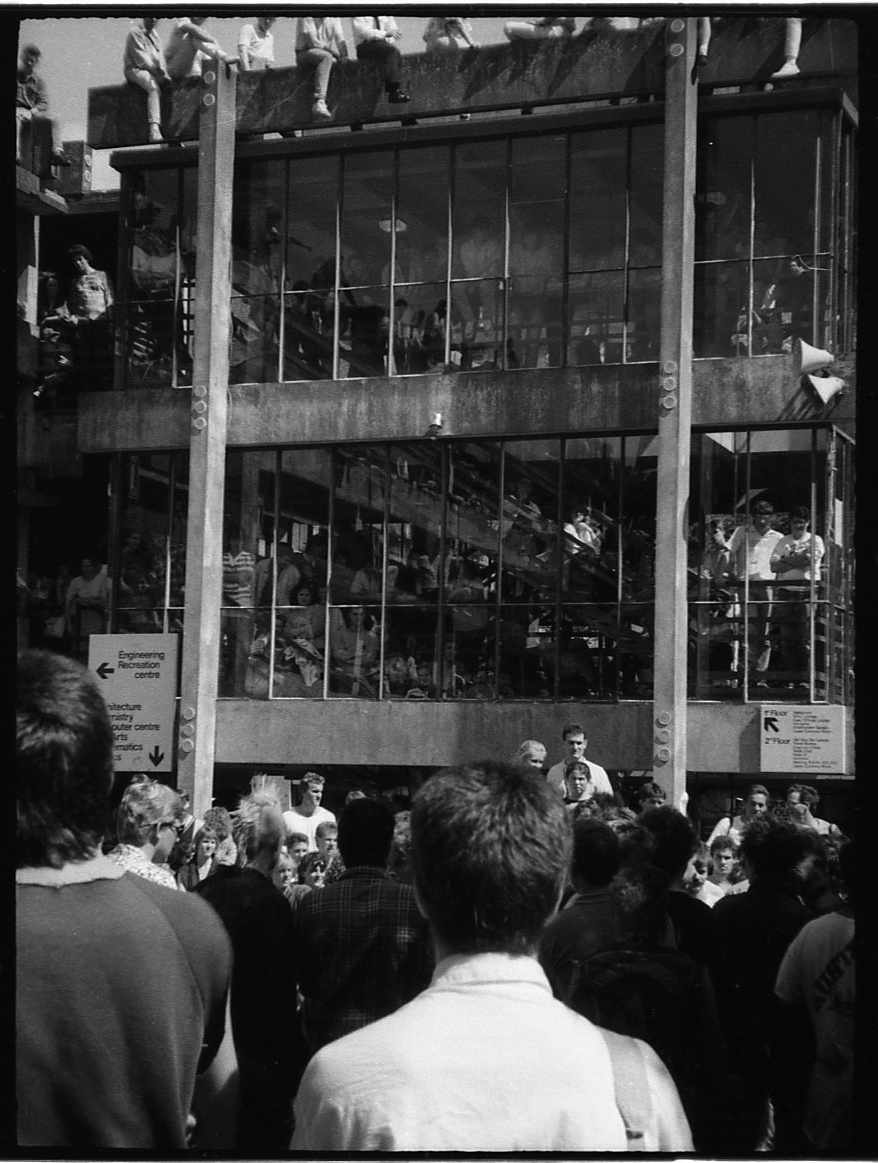 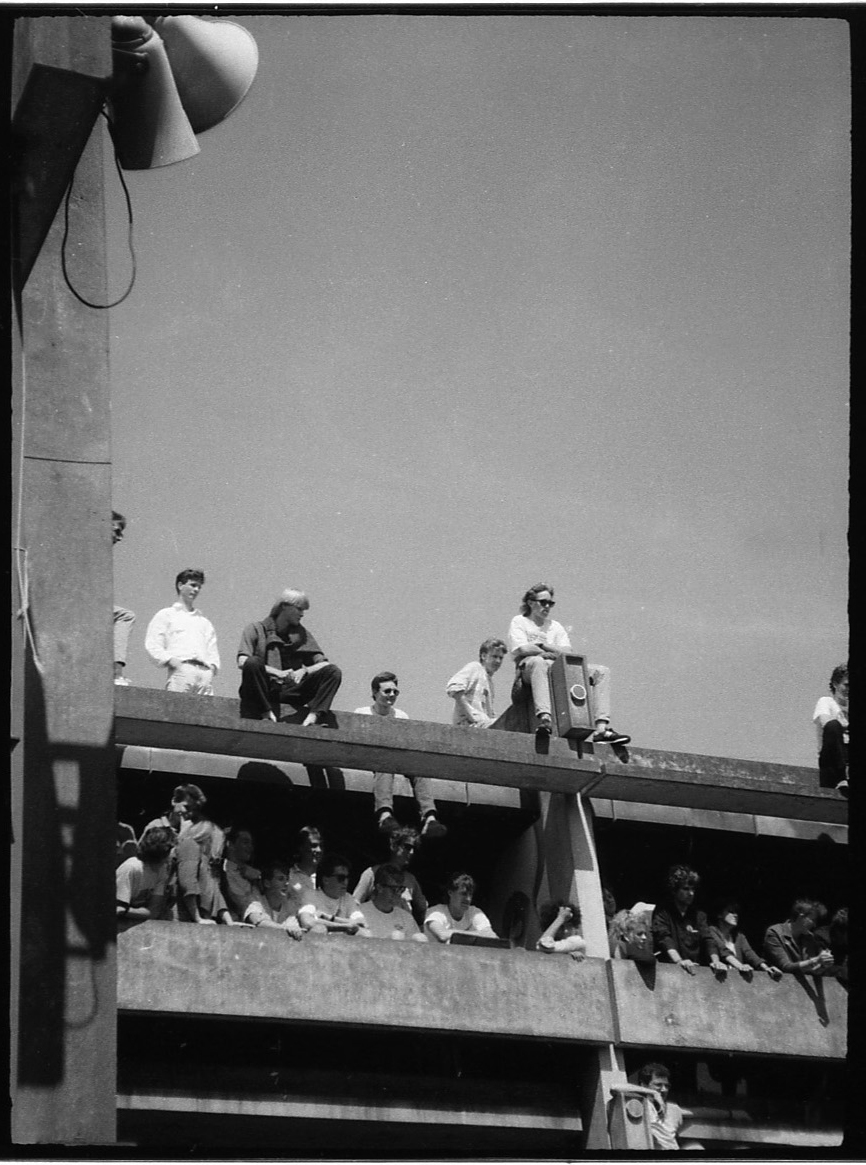 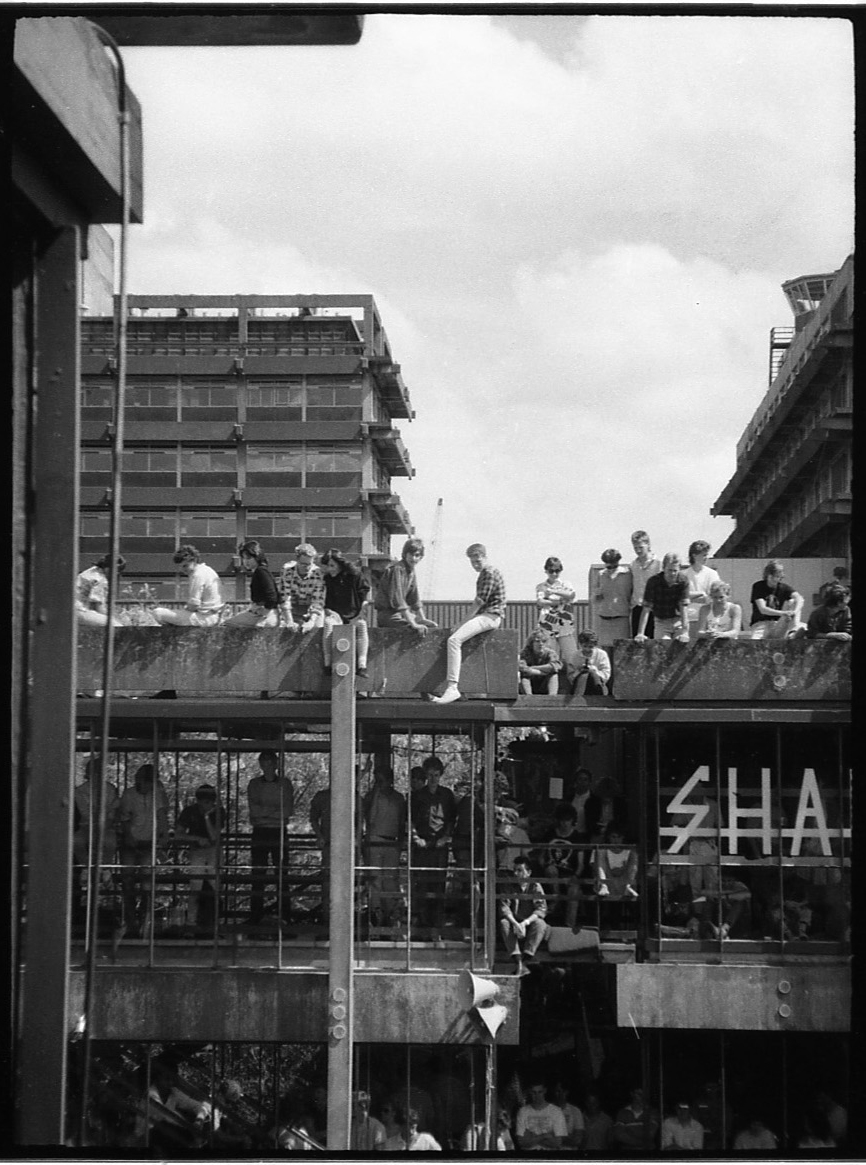 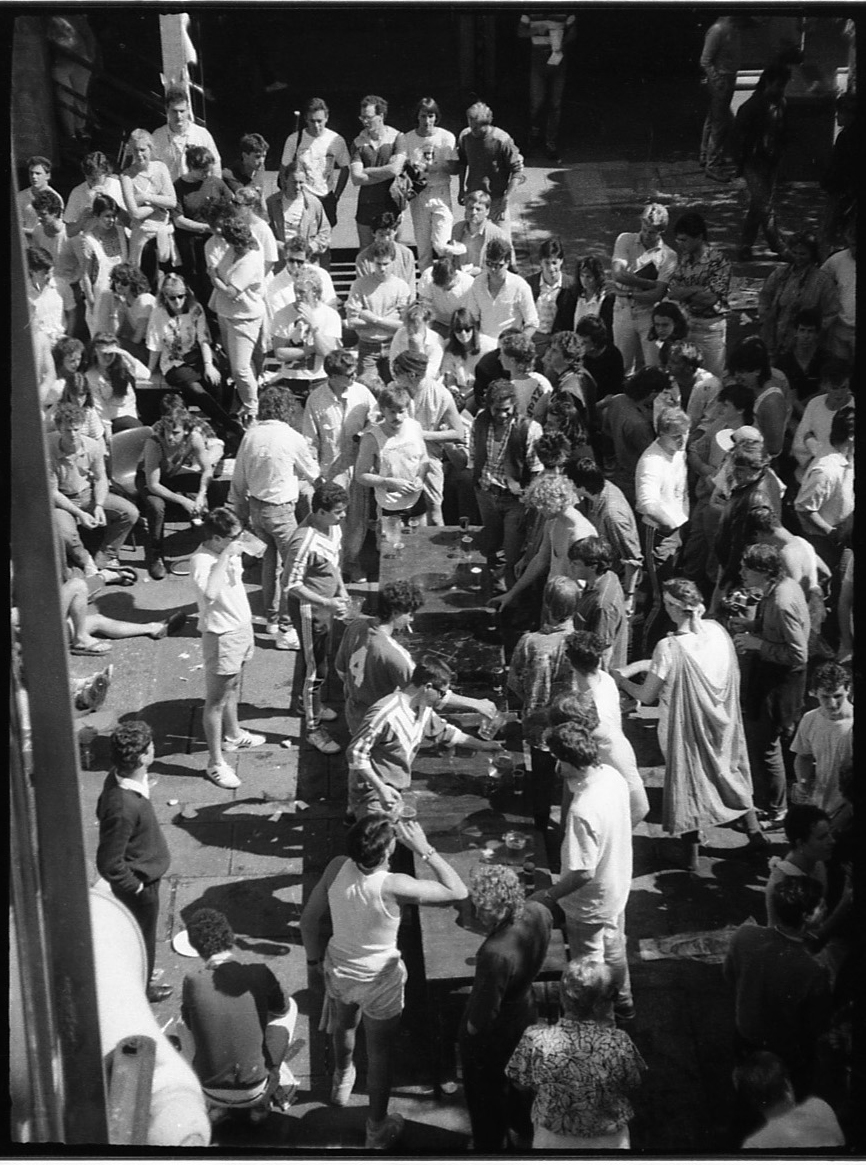 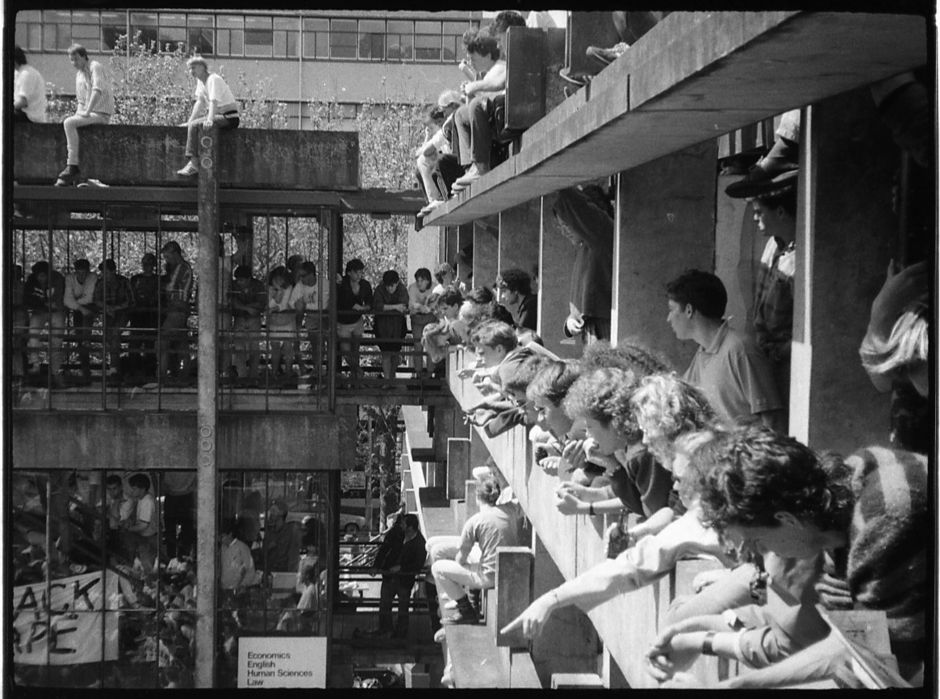