Soon after Capture was launched, a frequent contributor to Public Address System (hi Jackie!) asked me for some advice about night photography. At first, the only advice I could offer was ‘get a tripod, a camera with some manual controls, and get out there and experiment’. The great thing about digital cameras is the immediate confirmation that you’re either on the right track, or you’re not.

So for Jackie’s benefit, and for anyone else who might be interested in trying some night photography, here’s how Jackson and I went about getting the images displayed below. It’s not hard to get dramatic and colourful photographs at night. First, choose your camera. I used film, and Jackson used digital. Both mediums have their advantages and drawbacks. Manual control in the camera over the ISO rating, aperture and shutter speed may be useful to obtain good results, although the metering on newer cameras seems to do a great job in tricky situations such as bright streetlights against a black night sky. Set the ISO rating to suit – the higher the ISO number (i.e. 1600 or 3200), the shorter the exposure that is required. However, a higher ISO number will also increase the ‘noise’ that is visible in the photograph. Stop the lens down to f16 or f22 if possible, for maximum sharpness and the greatest depth of field. The streetlights will form those lovely starburst points. Finally, mount your camera on a tripod. I have got away with using a low wall, a park bench or the edge of a rubbish bin at different times, but a tripod is steady and secure, and you can place it exactly where you want. Start with exposures of thirty seconds and see what you get.

The photographs below are a tour across the Silo Park area in Auckland. We like this area, not only because it’s new and different, and that it looks strange and spectacular at night, but it is also very well lit.

Now … get out there. We look forward to seeing your night visions, cityscapes and neon dreams. 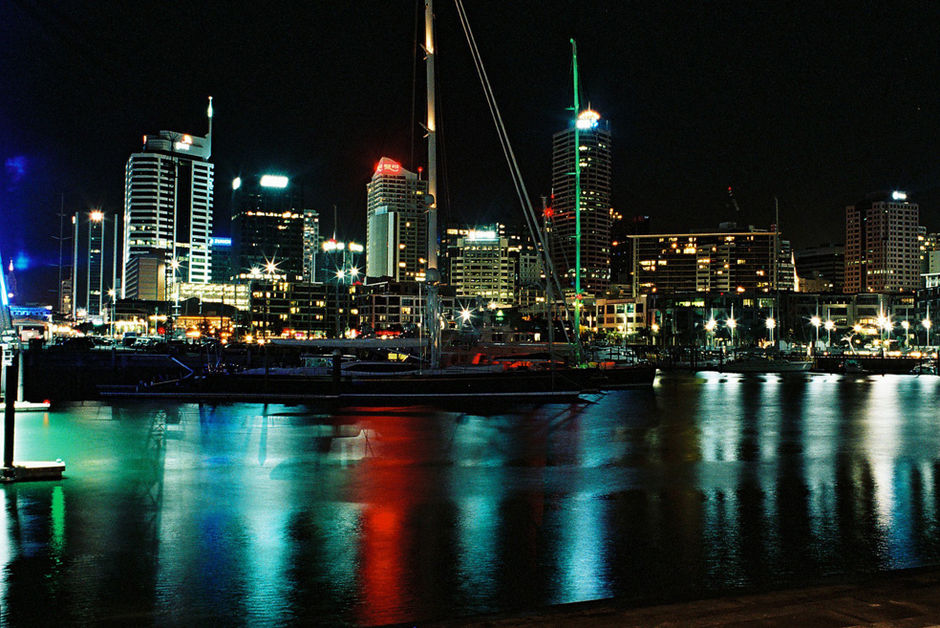 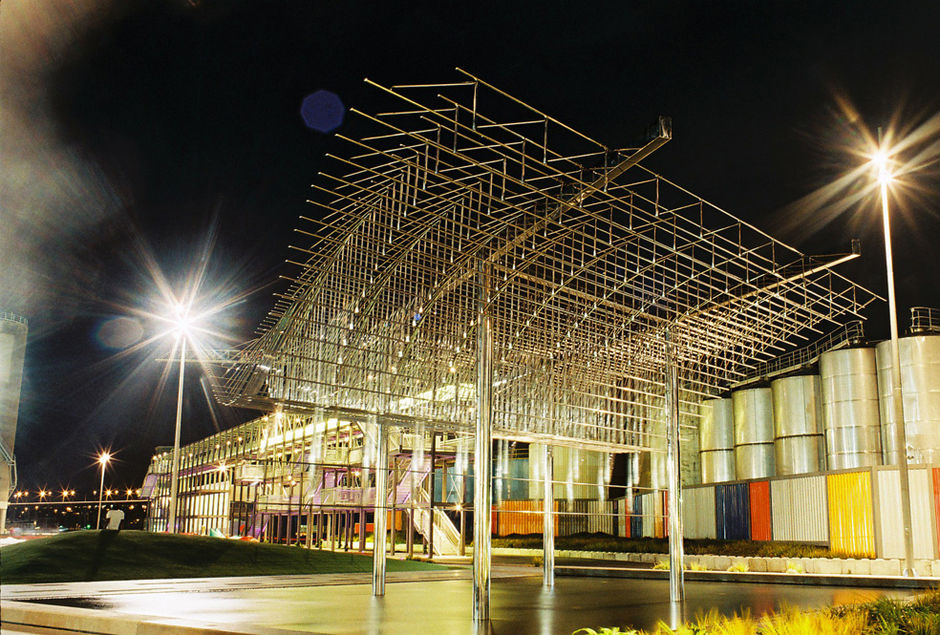 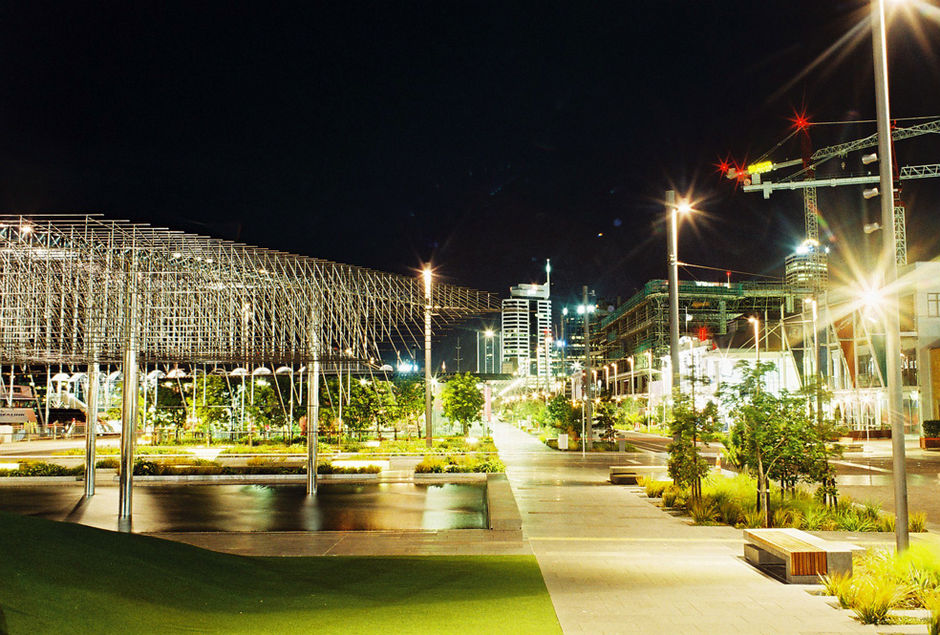 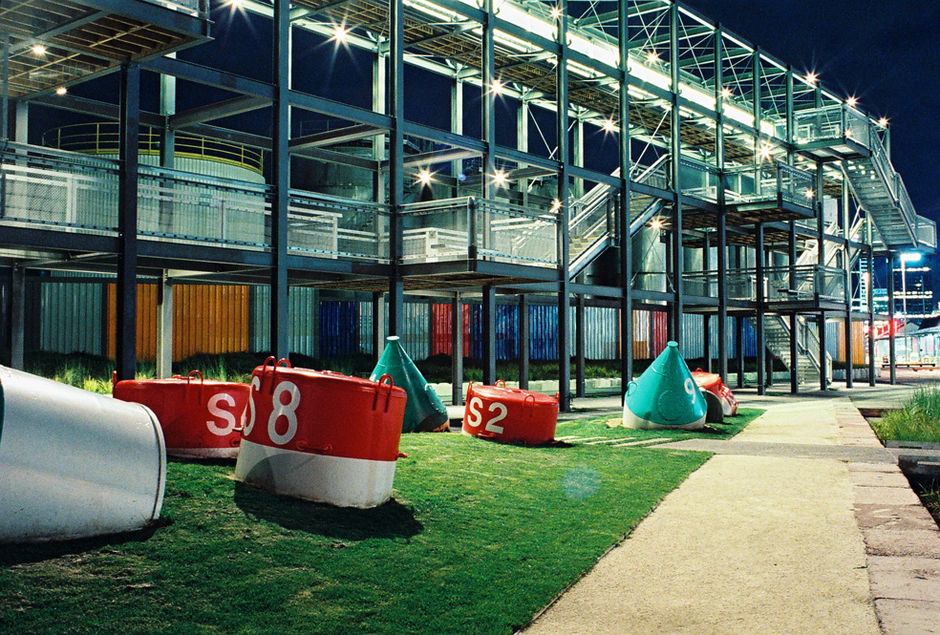 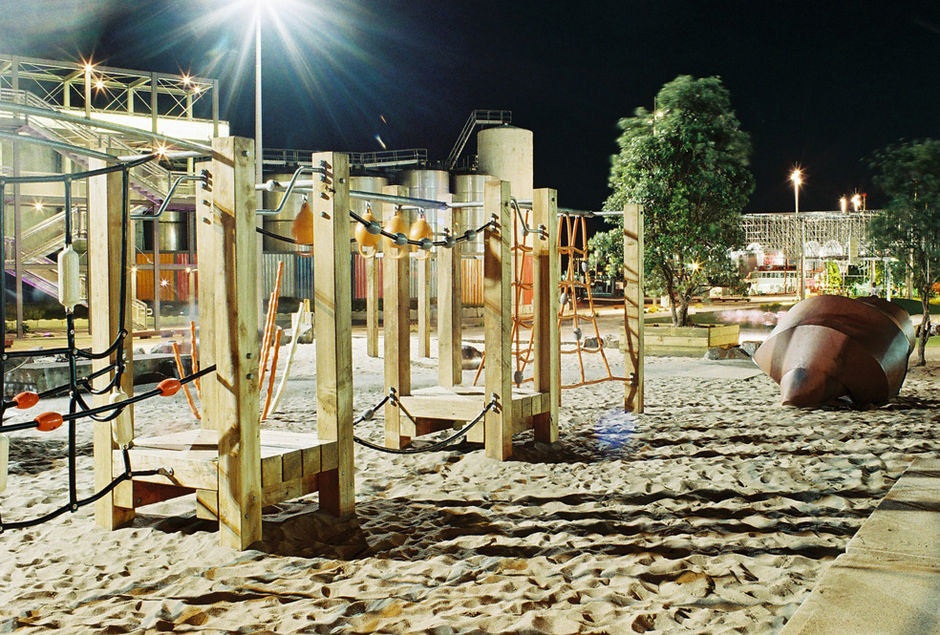 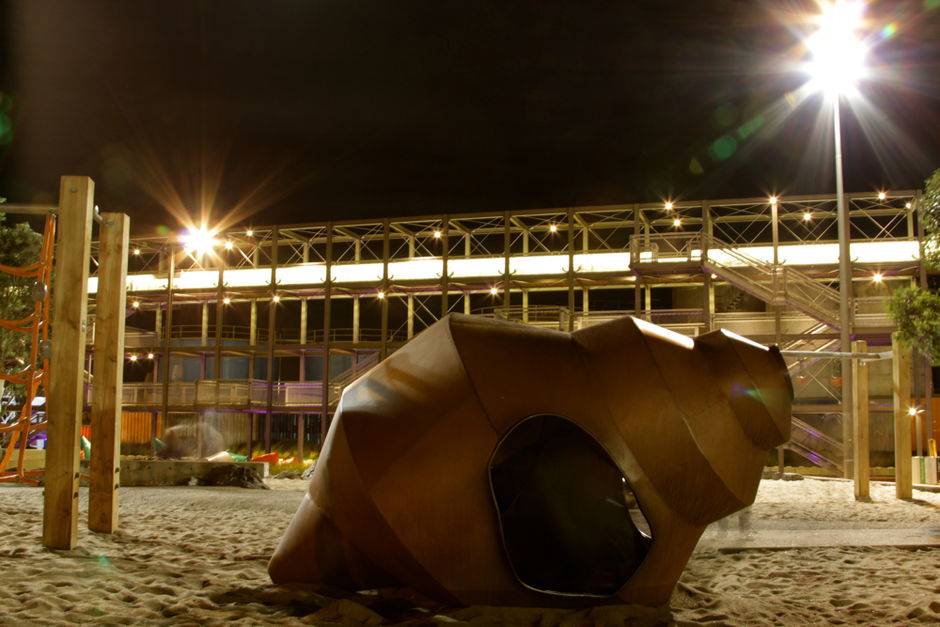 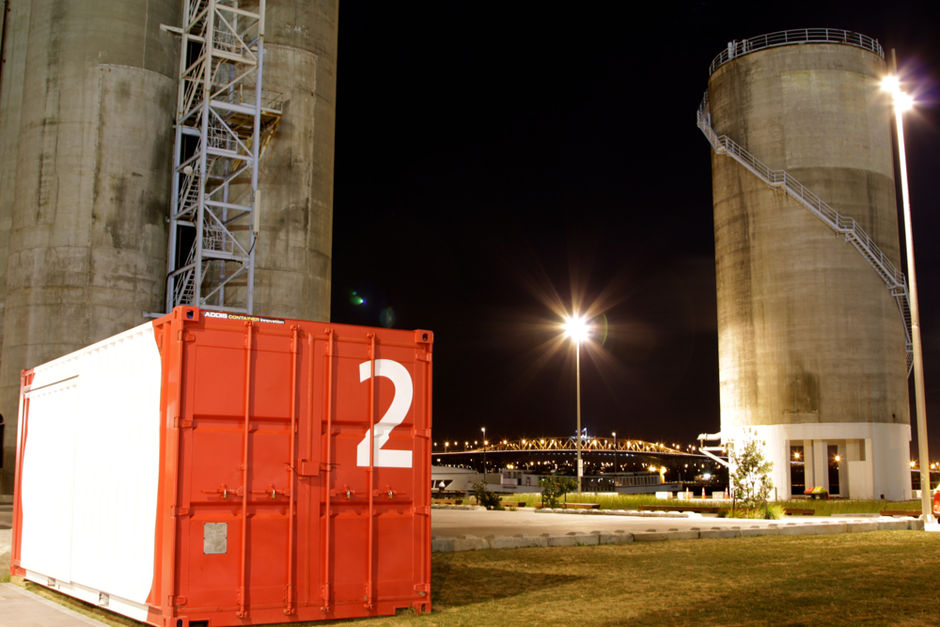 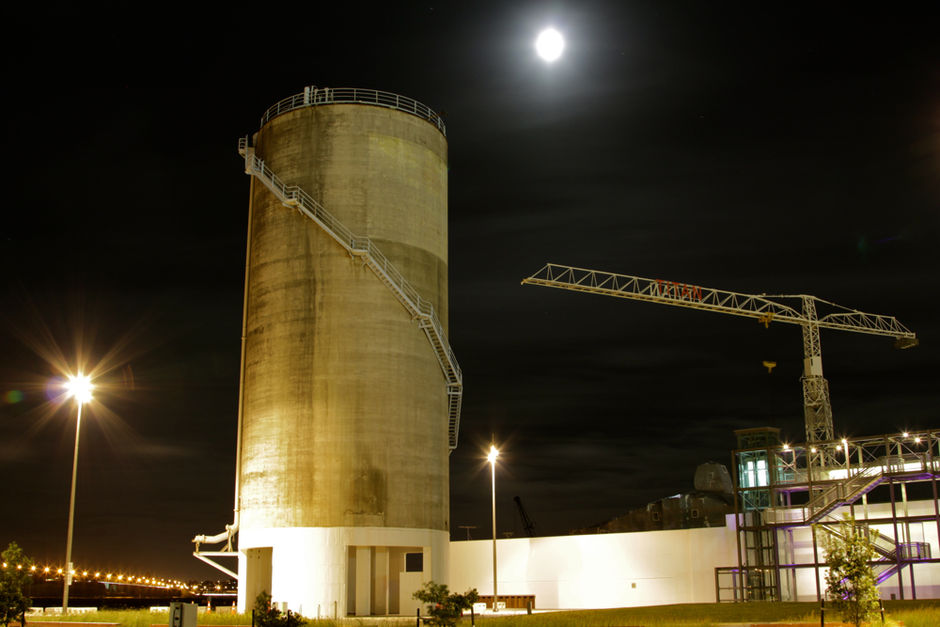 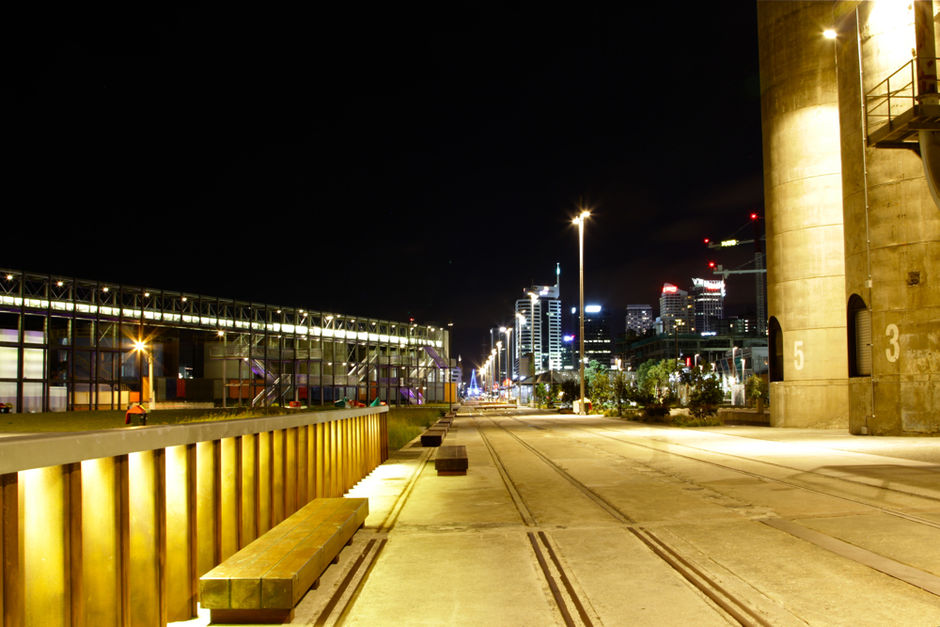 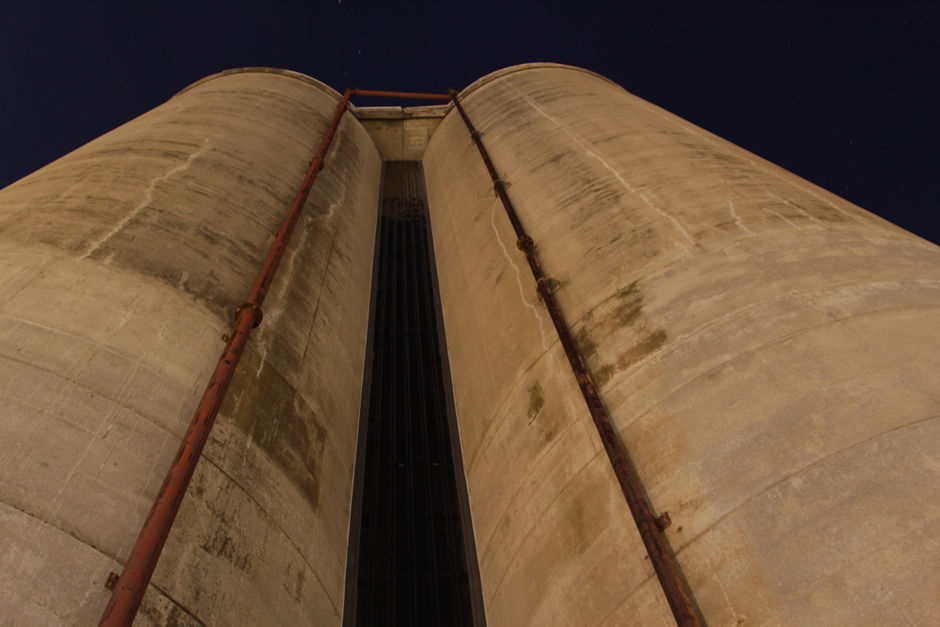 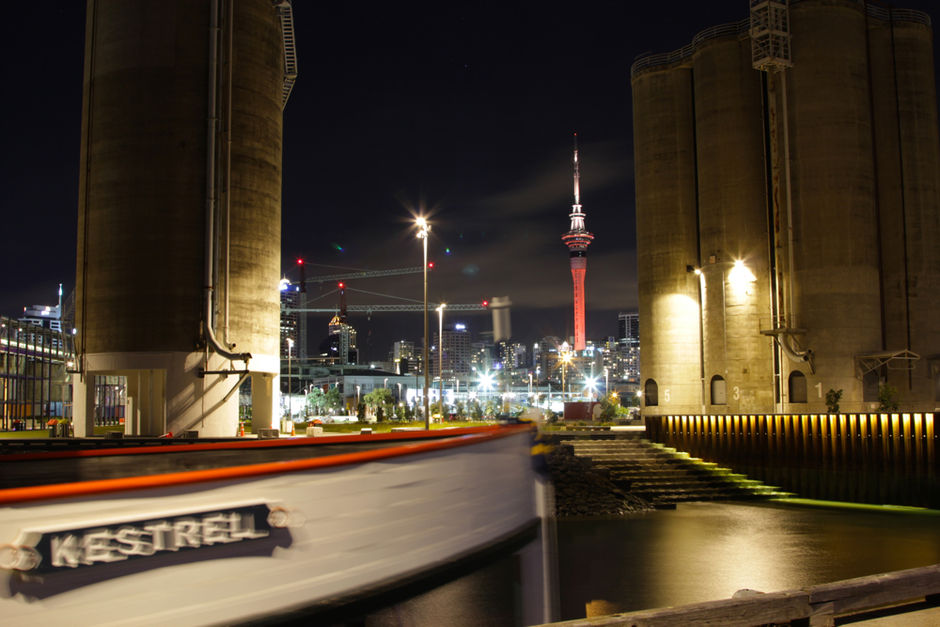 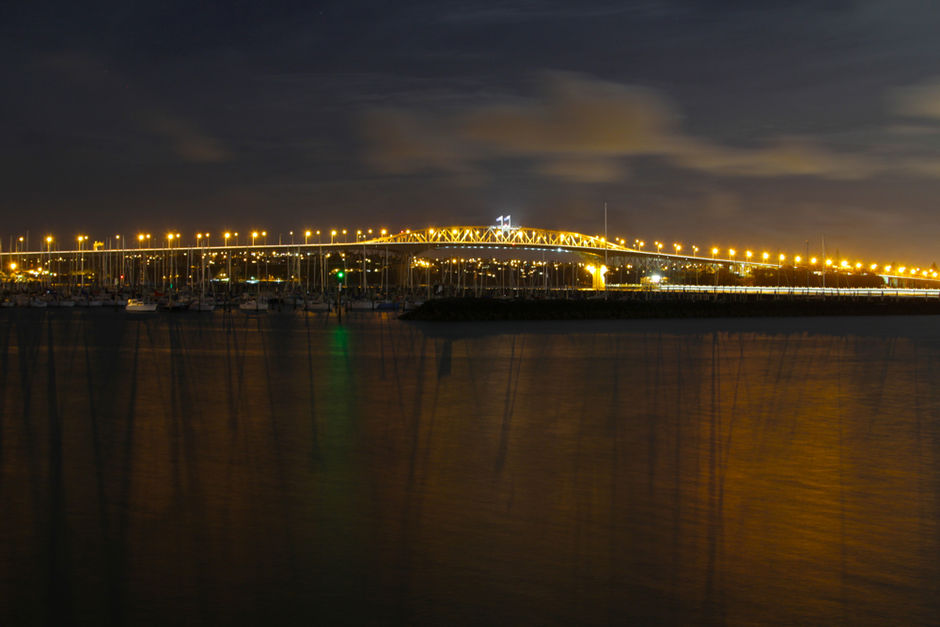