So you know that thing where you’re using up all your Coping on dealing with international political coverage without going mad, and then your city literally catches fire? And you find you’re again waking up to the ambient sound of helicopters, and then some fucker stands in front of a TV camera and calls Christchurch people “resilient” and you yell even louder than you do during the last two overs of a one-dayer?

The Port Hills matter to a lot of Christchurch people who don’t live on them. They’re where we go to breathe, particularly since the quakes. We walk and bike and run, we say ‘hi’ to each other when we pass on the tracks. We get our heads above it all for a while. Watching them burn has been exquisitely painful.

So I’d like to take this opportunity to tell you all about my cat. It’s what the internet is for, after all. 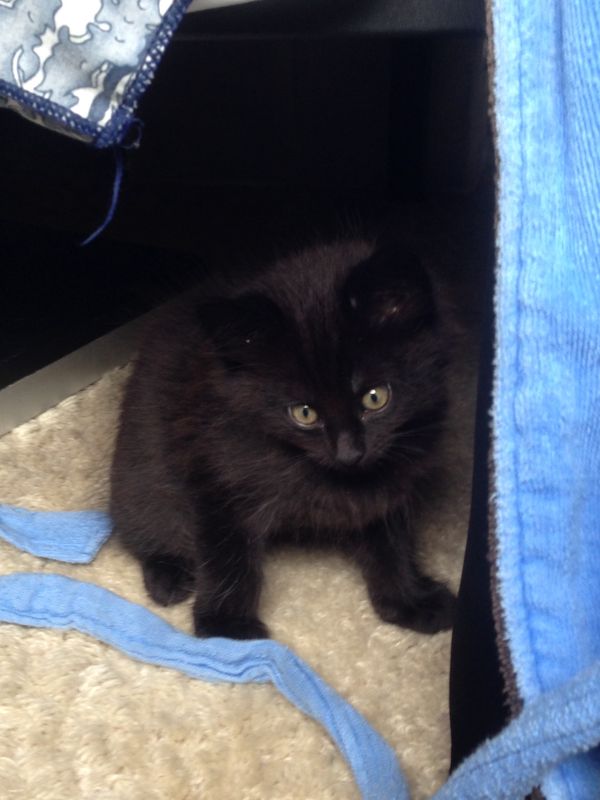 Last year, our beloved old ginger tom Wooster died, leaving the ageing and FIV-positive Jeeves all alone. So after a while, we decided to get a new kitten. Min is short for “Satan’s Little Minion”, and we still didn’t expect him to be this bad.

To be fair, I’ve recently realised he’s not as stupid as I thought he was. Not ‘driving up the hill to look at the fires getting in the way of emergency services’ stupid. He’s just reckless. ‘Being the Prime Minister on TV suggesting both fires might be arson’ reckless. Turns out he likes it when the box he repeatedly jumps on falls over. He views getting accidentally kicked when he attacks people’s feet as basically an amusement-park ride.

Things I have tried to teach him are not Food For Cats:

He’s still not exactly bright. For the last couple of days, I’ve been trying to teach him how to use the cat door, and failing. I bolster my flagging spirit by reminding myself that I did eventually get through to him on the matter of object permanence.

Owning Min has been remarkably like having a toddler again. The constant supervision is exhausting, and you find yourself yelling things you’d never expect anyone to have to say, like “Get out of the toaster!”

And he’s vicious. This is where I feel like I’m failing most spectacularly. He’s nearly five months old, and he’s still as scratchy and bitey and Jeeves-bullying as he was when we got him. When he was four months old, he brought me his first dead sparrow. The other day he pulled a monarch butterfly to pieces in the lounge.

It’s a comfort to me to know that it’s not really my fault my cat is such an arsehole. Every now and then I get updates from the people who own his brother, who is also, as it turns out, kind of an arsehole.

But here’s the thing. Min is also the first cat I’ve known who has a teddy bear. 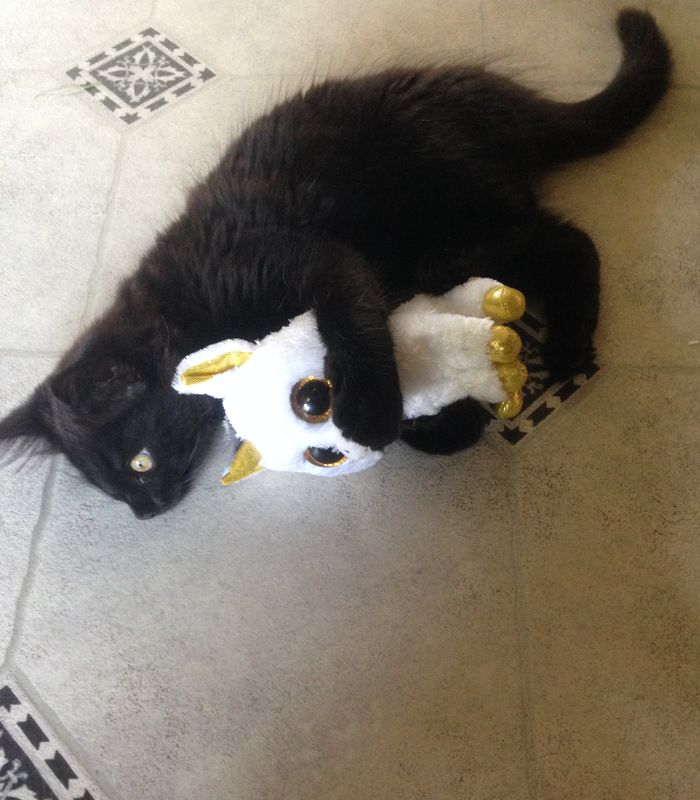 He loves Unicorn. Well, he’s attached to it. He took it to the vet when he was neutered – early, because we got a special My Cat is an Arsehole dispensation. He likes to cuddle Unicorn’s throat with his teeth, and tickle its tummy with raking strokes of his back legs.

He’s also attached to me. He loves me, I guess. He likes to sleep on my pillow. When I lie down to go to sleep, he likes to run his claws through my hair, and knead my scalp. To be fair, I have slept with people with less respect for my boundaries. I’m finding I’m actually losing the ability to sleep without someone pinning down my head and purring really loudly in my ear.

The thing is, he really is fricking adorable. He’s soft and lovely and cute as all shit and a cat, and I love him. He’s going to continue to be a murdery disaster his whole life, but at least he’ll never learn to use matches.