The Waitara River needs friends. For a long time, it was the waste disposal unit for the town of Waitara's freezing works, which pumped offal and other waste down the old blood chute straight into the river (great herring fishing ground, according to older locals). While that has stopped, the river is often the receptacle for overflows from the town’s stormwater and even sewage systems. Water quality in the area is so bad that there are signs warning about contaminated shellfish on the local reefs. 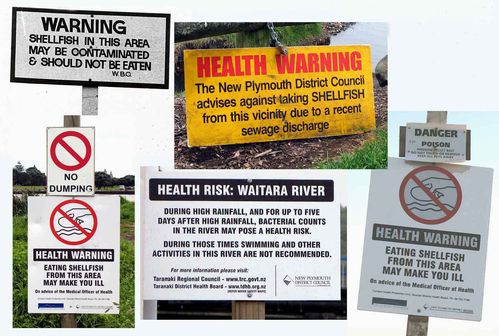 So the Taranaki Regional Council’s latest actions against the group Friends of Waitara River are not good news for the river. But their actions also set a dangerous precedent for the rest of the country.

The Council has picked out three individuals, instead of the group for which they signed on behalf, and determinedly pursued, through court action, costs incurred on a resource consent hearing.

The group made a submission on three resource consents related to extending the time permitted for emergency discharge to water (emergencies are more frequent than occasional) and requested an independent commissioner to hear the consent applications lodged by New Plymouth District Council to Taranaki Regional Council (TRC). The latter council said they would charge for the independent commissioner, but never gave a definite figure.

Friends of Waitara River (FOWR) lacked legal status at the time so their submission was signed by three members. By the time the hearing was held, the group was an incorporated society and recognised as such by the independent commissioners.

It was a major hearing. The FOWR submission involved 14 people speaking in person, an additional 13 written statements and a petition of support with 480 validated signatures (whittled down from over 600). Other submitters included Forest and Bird, Tawhirikura, Ngati Rahiri and DOC.

Yet TRC decided to charge only three named individuals. Why?

TRC could have decided to carry the cost of the additional independent commissioner, but they didn’t. They could have decided to bill the group involved, but they didn’t. Instead they deliberately and zealously set out to bill the three who signed the submission. The regional council won in court and on appeal because of the legal technicality of the few weeks between signing and when the group became an incorporated society. They were also awarded costs on the first court hearing but not the appeal.

The court did not appear able to take into account questions about TRC's procedure, which include:

Sadly New Plymouth District Council, whose consents are at the heart of the issue, have wrung their hands in faux sympathy, nodded sagely and walked away.

All this means that three individuals are facing a bill – the exact amount of which remains unknown at this stage but is likely to be closer to $30,000 than $20,000. Sadly, one effect of the TRC’s divide-and-rule approach has been for many who coat-tailed in on that submission to duck for cover.

It seems likely that the TRC incurred more in legal fees than the debt they claim, but they won’t release this information under the OIA unless the applicants pay $461 up front – applicants plural, because at least eight different people have made the request. They also refused to release the information to Radio New Zealand unless they paid for it.

Of those three individuals, Fiona Clark is a visual activist with a well-established national and even international reputation for her photography. Her series from the early 1980s of local kuia portraying the cultural importance of kaimoana is a seminal work. 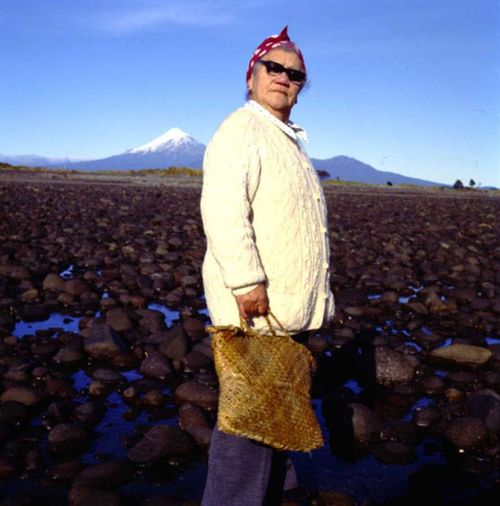 Fiona was active in the hearings in the 1980s and has continued to be involved in the same environmental issues ever since. While undoubtedly persistent, it has never been suggested that Fiona is deliberately vexatious in her submissions, to my knowledge.

Robbie Taylor is continuing the work of his late father, the highly respected kaumatua Aila Taylor, who spearheaded the challenges to the 1980 Motunui consents and also led the subsequent Wai6 claim.

Andrea Pikikore Moore is chair of the Manukorihi Hapu Society and is active in cultural, environmental and social justice issues affecting the Waitara area. Both Robbie and Andrea are quietly spoken, non-confrontational people who are used to working in the background.

How can this happen, I hear you ask in disbelief. Vote these men out. It is not that easy. The Taranaki Regional Council keeps such a low profile that many voters don’t even understand the difference between district and regional councils. Voter turnout is low and the incumbents are generally returned.

But it's more than that. A fortress mentality built up over years encompasses extensive use of “public excluded” provisions in meetings, refusals to receive petitions or deputations and responding to uncomfortable OIA questions with harsh demands for costs, to be paid in advance. That way you can control the message and if you repeat something often enough, it must be true. Or something.

The real danger of what the TRC has done is to ensure that citizens will not make submissions to consents again where costs are threatened. Nor are the public or the media able to use the OIA to try and find out information unless they are willing to pay what seem like exorbitant fees. Democracy, Taranaki-style, anybody? Were the RMA and OIA ever meant to be reinterpreted this way? Which councils around the country are going to follow suit and rid themselves of troublesome dissenting opinions?

The clearest message to them would be country-wide outrage at what they have done and widespread support for the Give A Little page. https://givealittle.co.nz/cause/supportthewaitara3/

Please help and do not let this council bankrupt these three individuals. 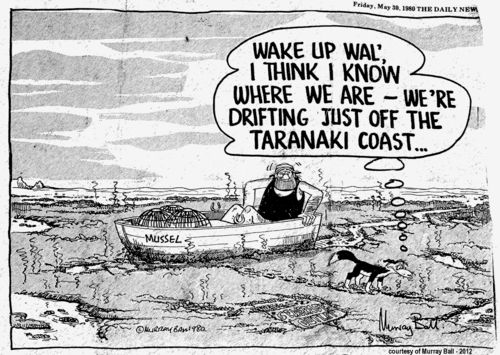