Prime minister John Key has returned from a flying visit to Los Angeles announcing he has negotiated a workable capitulation to the demands of Hollywood moguls in the matter of tax concessions and incentives for American film studios.

Mr Key said the capitulation will be in the country's best interest when it comes to ensuring major American film projects are developed in New Zealand and he expected at least five thousand new jobs in catering, hospitality and cleaning up-type stuff to come on stream in the next decade.

It is believed a cabal of Hollywood producers have also underwritten the development of New Zealand's cycle trail, a pet project of Mr Key's, to the tune of $2 million or the weekend receipts from the new Adam Sandler comedy Golf Goof, whichever is the lesser.

“This deal with Hollywood has been a major breakthrough,” said Mr Key, “and should create gainful employment for many mum and dad investors currently struggling to find money to invest in the many assets which we intend to  sell to keep the country buoyant, or at least afloat for a little while.”

Mr Key said ceding national sovereignty to the American film industry was a small price to pay for a new cycleway which can now be expanded to take donkey carts to become a crucial part of the country's transport network in the next two decades.

At a dinner in Los Angeles hosted by Herod King of the Screenwriters, Actors, Technical Artists Negotiation Guild, Mr Key was introduced to Hollywood power players such as Sandler, Pauly Shore, Halle Berry and that guy who plays a werewolf on one of these television shows. You know, the guy with the high cheekbones who always speaks in a whisper.

Although Mr Key was not allowed to make eye contact with the stars, his new press secretary Solomon Weintraub (R-Cali) said the meetings had allowed the prime minister to feel the glow of stardom and had given Hollywood and New Zealand a firm platform on which to stand.

Mr Weintraub said that although Hollywood owned that platform Mr Key was told he would be allowed to stand, or kneel on it, any time he liked.

Although there was some speculation the Hollywood power players would be discussing the on-going case of Kiwi folk hero Mr Kim Dotcom, Mr Key said last night his name was mentioned only in passing.

“One of the SATAN Guild, Mr Erhit Lar from Warn-Fox, did bring his name up over dinner but after a half hour free and frank diatribe he didn't pursue the matter.”

Following the dinner at the upmarket Berchtes Garden Restaurant, Mr Key was entertained by Demi Moore who did an exciting dance involving veils. Afterwards she was seen to approach Mr Key and whisper something to him.

“Oh, it was something I'm pretty comfortable with, it was just a small request which we will be looking into in the coming weeks. I didn't quite catch what she said and will be getting clarification in the coming days, but I think all she asked for was something like, what Dotcom said on a platter. I think we can get that engraved for her.”

Mr Key was also photographed on the Hollywood Walk of Fame next to the star for Mr Ed, the Talking Horse.

The prime minister disembarked from the Warner-Fox-Langley private jet in Wellington on Saturday enthusiastically waving the contract with Hollywood saying, “It bears Erhit Lar's name and mine.”

It was however a windy night and words from his subsequent sentence were blown away by the strong breeze.

It is believed he said “Prosperity in our time” but this cannot be confirmed. 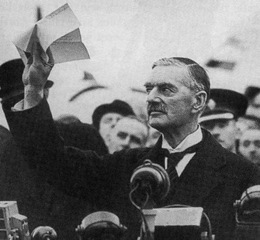