Deep down, we all knew it had to happen some time, but this week's news that The Golden Dawn is to close in March, seven years after it first opened its doors as a three-month pop-up, still seems calamitous. That bar has been a haven from whatever bland hell happens to be creeping along the Ponsonby strip.

It's been a delight to have been part of a few nights and days at Golden Dawn, with the Orcon IRL talk events and as a courtyard DJ. Happily, there will be at least one more IRL there and with any luck Sandy Mill and I will be playing funky tunes till late once or twice more before the doors close.

It is also, of course, a live music venue. And it will be closing around the same time as another venue – the King's Arms. They're quite different places: the KA is a classic, rectangular rock box, and since noise issues drove all live music inside, artists at the Dawn have squeezed themselves onto a low, tiny stage at the apex of a triangle. As a room, it's nuts.

But Golden Dawn is a great venue despite its unlikely configuration, thanks to the good taste, enterprise and simple decency of its manager, Matthew Crawley. He has booked adventurous, interesting schedules and treated his artists well.

I haven't asked Matthew, but I assume he will seek to take the recipe to a new bar, perhaps taking his excellent long-serving staff with him. But where? The King's Arms will serve out its time under threat of another noise control complaint. The owners of Golden Dawn got away with that thriving, noisy courtyard by literally buying the villa next door. The Edinburgh Castle hotel on the corner of Newton and Symonds, a well-kept secret of a venue with a brilliant courtyard, got stung with a noise control notice of its own a few weeks ago – and that was for a band playing inside.

Urbanisation is a good thing, but there's more to urban life than apartments with nice kitchens. We need places to play. And we might need our local authorities to acnowledge that and take an interest.

It's been fully three years since Anthony Tonnon released Successor, an album that seemed to finally crystallise what he's all about. Because he's a working musician, he has played many gigs, both here and abroad, in that time, and in the past year, has introduced a new batch of songs to his sets, including a compelling ballad called (I think) 'Leave Love Out of This'. But we've been waiting a while for something to take home.

Well, it's here, nearly. Tono's first new recording, 'Two Free Hands', is the title track of an EP due out at the end of the month. Go ahead, unravel the lines ...

You can hear that on your favoured streaming service, or buy it (and preorder the EP) on his new website or on Bandcamp. The track listing is intriguing: two songs ('The Estuary' and a remix of 'Two Free Hands') are collaborations with Wellington electronic producer Jet Jaguar and there's version of 'Railway Lines' that's apparently like the keyboard-driven one he plays in his solo sets. A note on the website says, in part:

The new music has partially developed out of touring overseas as a solo performer, and looking for ways to expand the sound with strange and wonderful technology, like my home-built matrix mixer made in a workshop run by the Music Electronics Library, or my new Synthstrom Deluge. In this new music, I've been trying hard to play with electronic elements the way I feel an instrumentalist should - in way that is fragile, different every time, and takes repetitive practice and concentration to keep together. I've never made music that is easy to dance to, and learning to use a drum machine hasn't helped. However I think can bring a electronic music into an intimate environment and play it in a way that is not so different to the unamplified shows I once did at Freida's or Inch bar.

It's really interesting to see a singer-songwriter taking to the Deluge, a performance and composing tool you'd expect to see in the hands of beat producers.

Also, there'll be a short tour for the EP, including two nights at Freida Margolis. Check the website for details.

You know who else has been quite a while between albums? Arthur Ahbez, who I think we can safely assume will not be messing a with a Deluge. And just to make the point, the vinyl version of his second album, Volume II, (pre-order here) will ship three weeks before the digital version. Here's a preview track:

And finally, the equally laggardly Great North are back with a taster from their forthcoming album, the resonant 'The Late Bus Home', which you can buy here on Bandcamp or catch on the streams. They're currently touring and drinking beer in Germany.

And the festival bills are being revealed.

Splore's first announcement includes Dizzee Rascal and the reggae star Chronixx, plus a return engagement with the amazing Danish DJ Courtesy, who this time is bringing her fellow Apeiron Crew member Mama Snake.

Again, one-day Christchurch festival Electric Avenue, is taking up Splore artists for the South Island: Dizzee, Chronixx and Black Milk – plus Primal Scream. Does that mean Primal Scream for Splore too? I guess we'll find out.

Wondergarden announced a couple of weeks ago with a brilliant New Year's Eve lineup including UMO, Nadia Reid, SWIDT, and Leisure.

Womad has most of its announcements to come, but the reveal so far includes Anoushka Shankar and Kamasi Washington – which was one of my highlights at the last Auckland City Limits.

Tuki, the festival formerly known as Rippon, takes place on February 10 on the shores of Lake Wanaka, with UMO, Phoenix Foundation, Aaradhna, Marlon Williams and more.

Auckland City Limits? Yes, I gather the late-summer festival is definitely coming back to Western Springs in 2018, after taking a break this year. And if what I hear about the headliners is true, I will be very excited about it.

PS: The Herald has a story rounding up all the non-festival artists coming this summer. Most of them I'm not so interested in, but suffice to say that there will be plenty of demand for your entertainment dollar.

One of the things we discovered after launching Audioculture as a home for New Zealand music's cultural heritage was that while people will read a definitive article of of virtually any length, the real treasure were often the photographs, especially those that had never been seen before.

A little while ago, on Facebook, I was tagged into a picture from the 1980s, taken at the Windsor Castle, that included me in the crowd. And I heard that the photographer, Brian Murphy had many more where that came from. So I hit him up, for the good of the nation. And at a party on election night, he walked up to me and handed me a flash drive. And what was on it was stone-cold amazing: more than 700 pictures from mid-and-late-80s Auckland, including pics of bands rarely or never captured on film.

This remarkable trove will be going to Audioculture, where it will be well-used, but I figured I'd preview a handful here. Like this lovely shot of Fetus Productions at the Windsor: 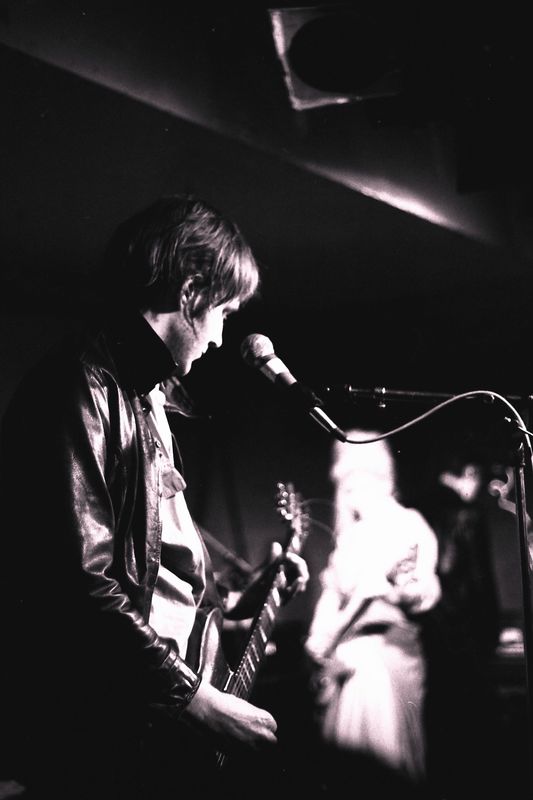 Terry Moore with The Chills: 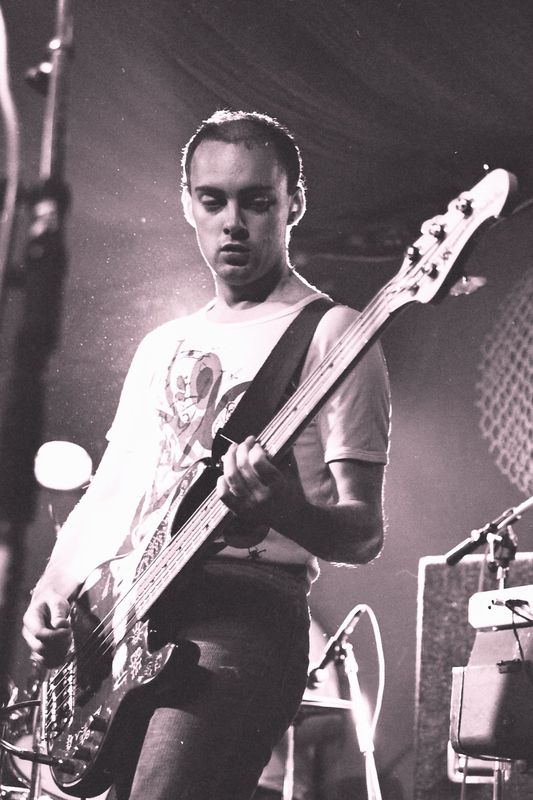 And this one of Rupert E. Taylor with the Headless Chickens: 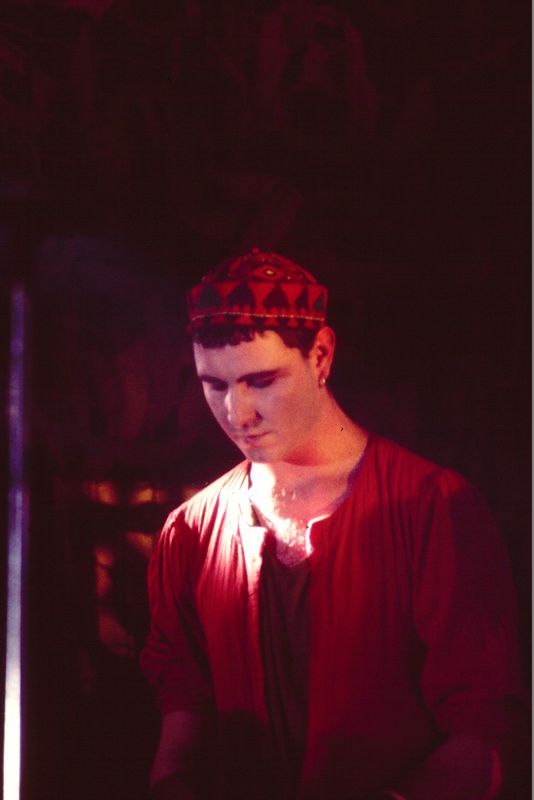 And Michael Lawry (with a guitar!) from the same band: 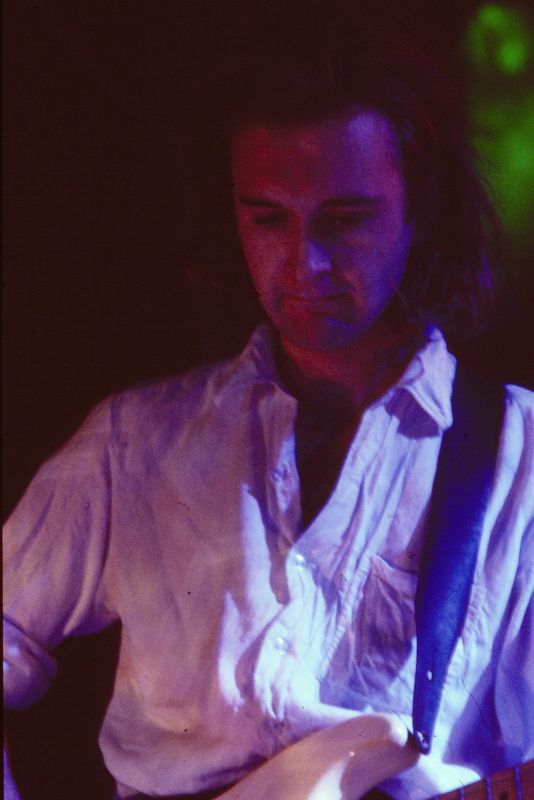 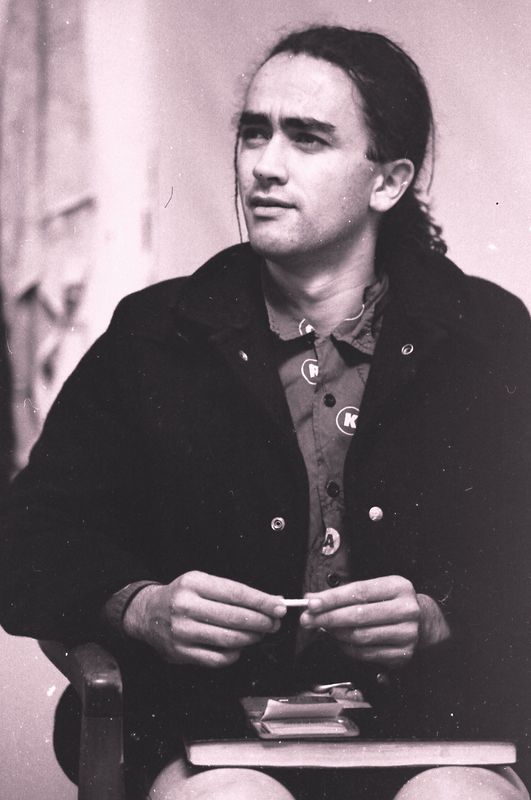 Stridulators! (I checked with Steve Roach and he's unaware of any other photographs of them playing live, so the three that Brian has provided are very special indeed.) 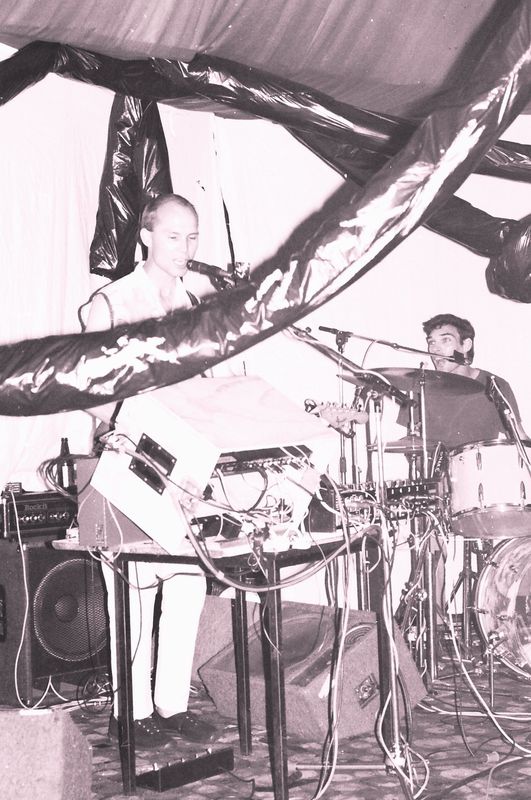 And this sweet image of Chris Knox: 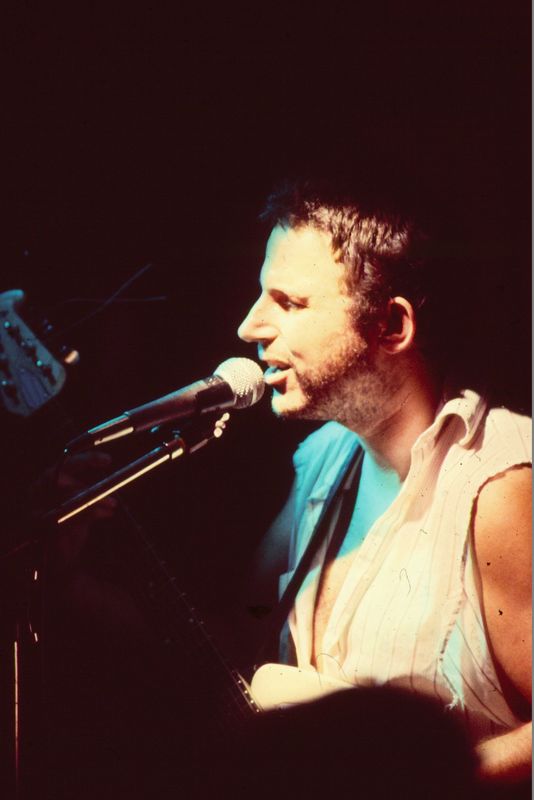 This is just a taste of what's there. Everyone owes Brian a beer.