So I wrote a guide to buying an e-bike (and a look at how the market is evolving) for The Spinoff and it was more than 2000 words and even then I left some things out. For instance, that the AA will offer roadside asssistance for members' stranded e-bikes, which is a good thing, because removing and replacing the rear wheel on a hub-drive bike is almost impossible at the roadside.

Something else I might have pointed out is that an e-bike will help you at the lights. Most light-controlled intersections have these cuttings which mark the location of the induction loops that detect motor vehicles. 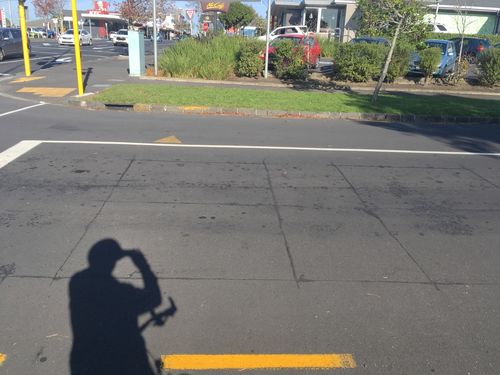 If you're pulled up at the lights and there are no cars around to trigger the loops, what you need to is line up your bike along one of the cuttings and wait there. 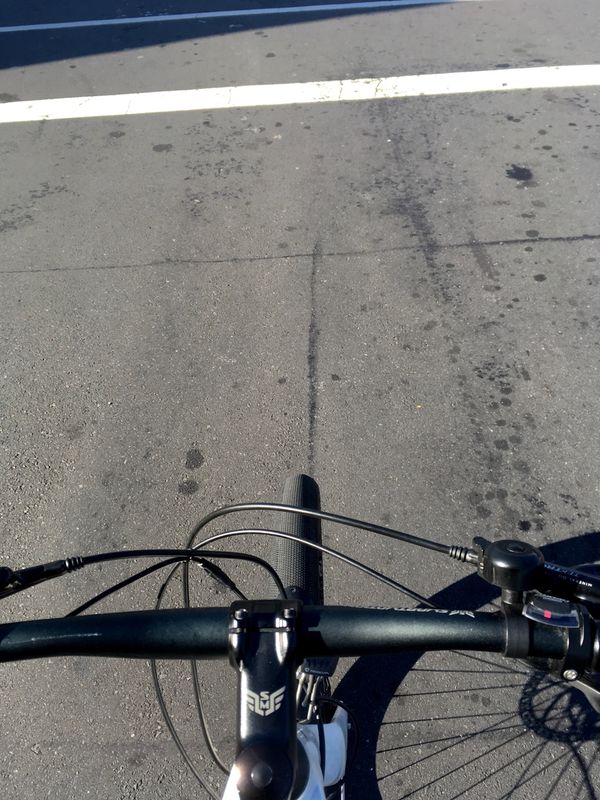 In truth, this should work with most bikes, but the extra weight of metal in an e-bike makes it more reliable.

I've been doing this even since I learned the trick. If there's a cycle stop-box and no car in sight, I'll pull up short of the stop box so I can trigger the lights.

But then this happened recently: the engineering consultancy Tonkin + Taylor was running a little "ask the engineer" thing on social media and appeared to say that the stop-boxes themselves have sensors for bikes. I'd never heard this, so I checked that I'd understood: 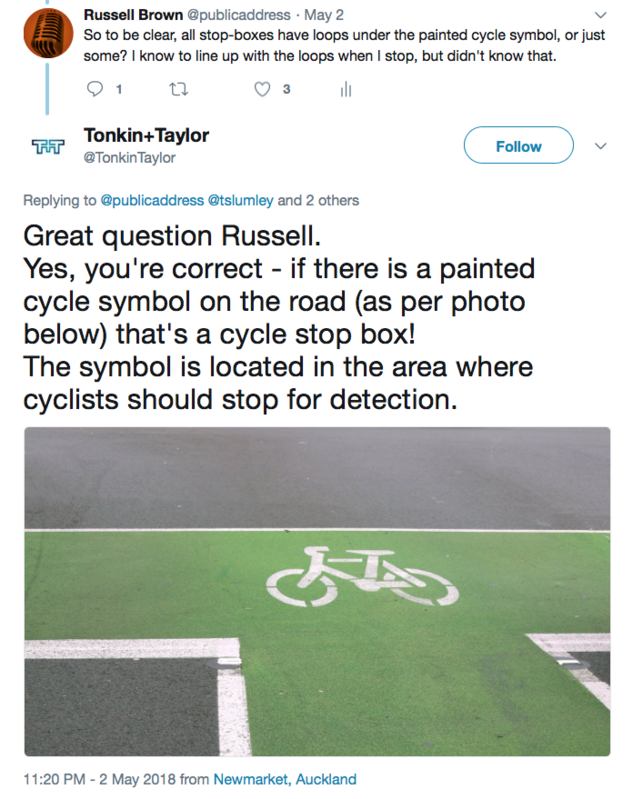 This would be marvellous if it were true – but unfortunately, it isn't true. 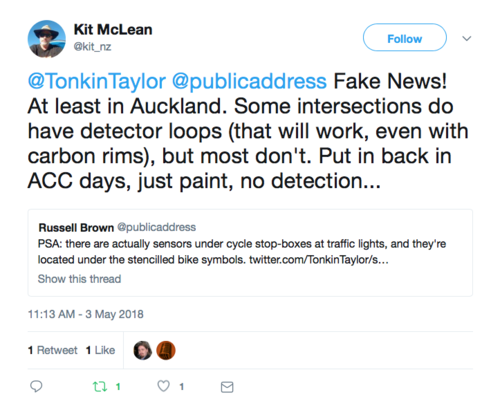 This applies in Auckland. Things vary from city to city, but if you see a little strip of diamonds like this in your stop-box in Wellington (pic: Hayden East), you can line up along it and feel confident that your bike has been detected. There are some diamonds used in Auckland, but they're different. Kit again: Just to make it more confusing, there are some intersections in Auckland where the Wellington-style diamond symbols were used to indicate the presence of an induction loop. 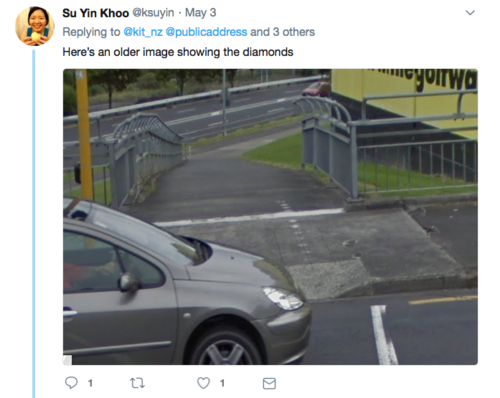 But everyone sort of forgot about them at some point. The symbols here, same lights, have since worn away, but the loop still exists. Some diamonds are clearly not forever.

• If you're in Auckland, there very probably isn't a detector loop under your stop-box. Although there might be.

• If you're in Wellington and you see the diamonds, they are your friend.

• There are some diamonds in Auckland, but they're different. Although there used to be Wellington-style diamonds in some places but the paint wore off and you can't see them any more. But mostly, there are no diamonds.

This, of course, is not the only confusing thing about cycle infrastructure in the city. The conventions around bike lanes seem to change every year or so. It's hard not to conclude that if motorists were subjected to this sort of confusing inconsistency there would be stories in the paper about it.

PS: Tonkin + Taylor seem to have first changed the photograph accompaying the original article and then quietly deleted it altogether. But it's still here in the Google cache.

Hey one more thing: you may have gained the impression that the government's recent announcement of a bold new transport vision for Auckland will, along with the additional income from the regional fuel tax, lock in a great 10-year plan for walking and cycling infrastructure. (Yes, that's the business case put to the Auckland Transport board that the Occupy Garnet Road people insist is a UN conspiracy to dissolve sovereign governments and confiscate private wealth. That one.)

Turns out it ain't necessarily so. About half of the $640m cost of the business case is actually missing (or, rather, going to projects outside its scope). By Greater Auckland's assessment, that probably means a wait of as much as 20 years to get the Waitemata safe cycle route through to my suburb, Point Chevalier, and a similar wait in various other parts of the city.

You can do something to help, today. Bike Auckland has a post explaining the issue and linking to the feedback form for the Regional Land Transport plan. Feedback closes at 8pm tonight.