The remarkable thing about Courtney Barnett is that she's not only touring the world saving rock 'n' roll, she's the active centre of a whole Melbourne scene via her indie label Milk Records. And she and her Milk Records friends went even further recently when they performed Patti Smith's Horses album for the Melbourne Festival.

Happily, it was captured on video. And from the spine-tingling and oh-so-familiar chords that open Adalita's version of 'Gloria', it's brilliant and emerges as not just a tribute to Patti Smith's album, but an evocation of the soul of Melbourne's rock music tradition. Watch it loud:

On a more modest, but equally heartwarming, level, alt-Auckland paid tribute to one of its own last Saturday at Real Groovy Records. To mark the first vinyl release of Darcy Clay's Jesus I Was Evil EP, his original band and guest vocalists got up to play some of the songs. Among them, Mr Mikey Havoc, as captured by Peter McLennan:

Peter's videos of other tunes are here. But there's also a recording of Emily Littler's brilliantly rockin' version of 'All I Gotta Do' (the guitars were a lot louder live btw):

I'd like to hear Street Chant cover that. Just sayin'.

PS: I gather Real Groovy isn't far off announcing its future location. It's not K Road and it's not even far from where the store is now. But what they're doing sounds really cool.

Echo Festival, formerly McLaren Valley Festival, was cancelled by its promoters yesterday, citing "slow ticket sales". It seems a fairly long way out to be cancelling a January festival, but I wonder if the promoters ever really had a handle on what they were doing.

I was one of the people who actually had bought a ticket for the first of the relocated Vector Arena shows and I'm pretty bummed that I won't be seeing what was, for me, a dream lineup – Flaming Lips, Jamie Xx, Courtney Barnett – at such a good price. But I also wonder if that huge bill over two nights was really viable. I know of one promoter who put in a sensible offer on one act and was about to sign then got gazumped by Echo.

But that does leave a bunch of international acts at a loose end in this part of the world in January and I would think some of them will be picked up. We can always dream of the Flaming Lips at the St James or Jamie Xx at the Town Hall ...

There's some rich irony in the fact that the year the Vodafone New Zealand Music Awards hit peak outrage was the one when Paul Henry didn't appear.

Even the decision not to screen the Best Māori Album award – as plainly unsatisfactory as that was – isn't new. That's been the case for the past two or three years. It's not possible to screen a live show on commercial TV without skipping some parts (in all, six awards were not covered and it was TV3's decision which ones they were).

But this year's combination of an unconventional host and a live broadcast on a mainstream channel (last year was the first time the awards went out live, but that was on Four) aroused the ire of a great many people who normally don't care much about New Zealand music at all.

I don't rate Taika Waititi's hosting performance quite as highly as he does – he wasn't bad, but I'm not sure if he has the stand-up chops for the kind of lengthy monologues he was doing. But the staging (which looked awesome live in the room) and the ins and outs of the broadcast programme didn't do him any favours. It made a lot more sense in the room.

It's a tricky balance for Recorded Music New Zealand. To stage a big show they need sponsors (in addition to help from NZ On Air) and those sponsors place a high value on prime-time TV exposure. But MediaWorks' habit of treating the awards as a promotion for its media assets (Jay Jay and Dom presenting the hip hop award?) is becoming grating.

I gather there's a mood at RMNZ toward bringing the awards more back to the music. That would be good. Imagine how much fun the Exponents Hall of Fame tribute would have been had it rocked out with three star-studded cover versions instead of just one. I think making the end of the night more like a gig is something worth considering.

But, you know, I thought it was a good night and I had a great time at and around the middle-aged media white guys table (REPRESENT!) at the very back of the room. And I'm rolling my eyes at the pearl-clutching going on in the likes of this terribly-written Stuff review. No, Gin Wigmore wasn't slurring (I'm not sure if she's even drinking after her recent illness) and her trash-talking of fellow nominee Anika Moa (see the prequel in Anika's red carpet report) was funny as hell.

Look, while there might be a few too many sponsor tables these days, it's still a hall full of music folk. They might just become more boisterous and social as the evening wears on. Some of them might even say cuss words. I know, I know – everyone should sit respectfully through two and half hours of free drinks. On some planet ...

I remember the summer the Jesus and Mary Chain's Psychocandy came out. I remember the place I lived in Marlborough Street. I remember my friends coming around, and playing it loud and looking out the window as our metre-high lawn undulated in the breeze. Yes, we might have been high.

Will I get along and see the Reid brothers playing the album through at the Powerstation on March 4? I believe I will. The irony is of course that when that record, a studio creation, came out they were more of a novelty than a live band. (One of the first acts I saw when I landed in London in 1986 was their labelmate Slaughter Joe. He really could not play live.) I don't expect to be the case in March.

Audioculture has published an appreciation by Arthur Baysting of the rock 'n' roll illustration and animation of Joe Wylie, who has latterly been a valued member of the Public Address reader community. If you've ever admired Joe's work, this is an absolute must-read. 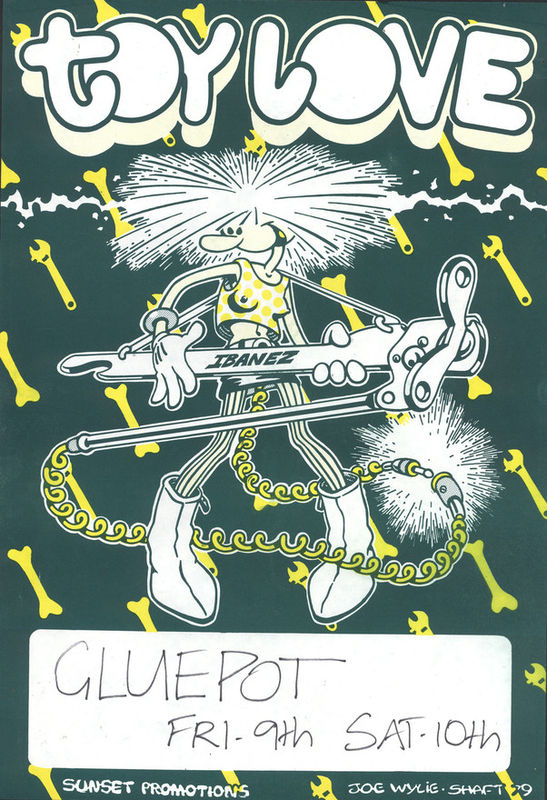 He was also known for fronting an excellent television show on TVNZ of overseas jazz clips, Jazz Scene, which ran on Sunday afternoons in the early 1980s. Tune in and you may catch Billie Holiday or Duke Ellington or Dave Brubeck. How unimaginable is that from our public broadcaster now? For many musicians of all ages it was essential viewing: they’d drag themselves out of bed around noon, enjoy it with the first beverage of the day, then try and hold it together till Radio With Pictures later that night. Now, we have YouTube, but it’s not a shared experience to the same extent.

Elsewhere, John Seabrook in the New Yorker tries to convince Adele that she's going to destroy Spotify (and thus the entire music industry) by not immediately releasing 25 for streaming. I think not.

Fresh out of Red Bull Studio in Auckland, Spycc takes the smooth up another level. Love that sample from Les Sins' 'Grind'. Free download.

Elsewshere in A-Town, Jah Red Lion and the mighty Dub Terminator are together again for a wicked tune about ... well, you know what it's about. Free download.

Matthew Crawley and some other men have convened to record and release some more dirty surf rock. Their new EP Hints is on Bandcamp and it sounds like this:

And thanks to Jen Ferguson for the heads-up on this. London original Pete Heller has posted a mix based on his classic warm-up set for Shoom and the track listing – from 70s funk to electro and classic deep house – is heavenly. Click through to the Soundcloud page for the full list. Free download.

And finally ... With all the celebration of the Exponents this past week or two, maybe it's a good time to reprise a lesser-known Exponents song that's one of the best things they did. It's just perfect power pop. And Parnell Baths!