It's an odd, but pleasing, feeling seeing a screen drama whose characters you know in real life. And it's a feeling quite a few people will have if they're in front of the TV in a couple of weeks' time when Why Does Love?, a two-hour telemovie telling the story of the (Dance) Exponents screens on TVNZ 1.

The story begins in Christchurch, where, as the story goes Jordan Luck, Brian Jones and Steve Cowan, recently landed from Timaru, post an ad for a drummer on the board at CJ's, a musical instruments shop run in pastoral style by a kindly Irishman, and wind up with both a drummer (Michael "Harry" Harralambi) and a bassist (Dave Gent).

Things happen quickly, courtesy a cheeky chappy called Peter Waller, who works for the key promoter in town, Jim Wilson. Peter wasn't quite as petite as the character you see on screen, and the real Jim had a much cooler style than his character does, but in general the casting and characterisation is one of the delights of the first hour.

In particular, Matariki Whatarau really is like Dave Gent, Simon Mead is a better-than-plausible Harry and Olivia Tennet is styled to a tee as the band's lighting tech Donna Redmond. Jordan Mooney gives a strong performance without quite capturing  his namesake, but perhaps that's inevitable. I've certainly never met anyone like Jordan.

Research for the drama clearly draws on contemporary photographs and videos – one shot directly replicates the original of Jordan performing in the video for 'Victoria' – which creates a sense of deja vu. But it bears noting that nearly all the plot points actually happened. Jordan's mum really did hit it off backstage with David Bowie.

The first half of the story reflects the times and the state of the group – it's zesty and fun and well-written – but the second suffers a bit from the same loss of momentum that struck the band. I've known them since 1982, I flatted with Jordan across the road from Mandrill Studios and I wrote the Audioculture history,  so I'd seen the movie before (the omission of the scruffy Rip It Up journalist is a major omission). But people less well grounded in the tale might struggle a little as it goes on. And the ending lacks the redemptive impact it reaches for.

But even if it starts more strongly than it ends, Why Does Love? is really worth watching. It's the first time something like this has been tried (Billy T James had been a few years at rest by the time his biopic was produced)  and it authentically captures a special time in the culture.

There's a new release on Kog Transmissions – and it's a hip hop record. Well, kinda. In truth Rei's A Place to Stand is an intriguing blend of Aotearoa hip hop, dancehall, the big electronic sounds of Kog (label founder Chris Chetland produced it) and te ao Māori. You can hear it all in the most recent single, 'Hāti'.

Tali did The Mixtape with Alex Behan on last Saturday's Music 101 and it was very good listening: stories well told through music, which is what the Mixtape's meant to be.

My friend Keegan spotted this Trade Me auction for a "rare 1960s Ralta turntable". 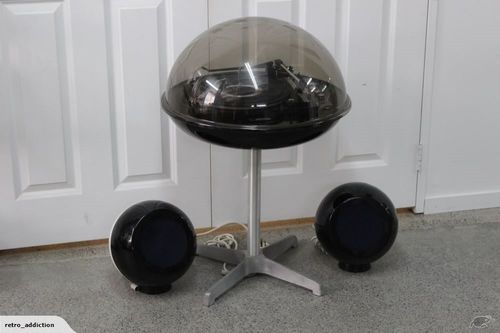 It's actually a Ralta Integrated Circuit Stereo and Te Papa has one. 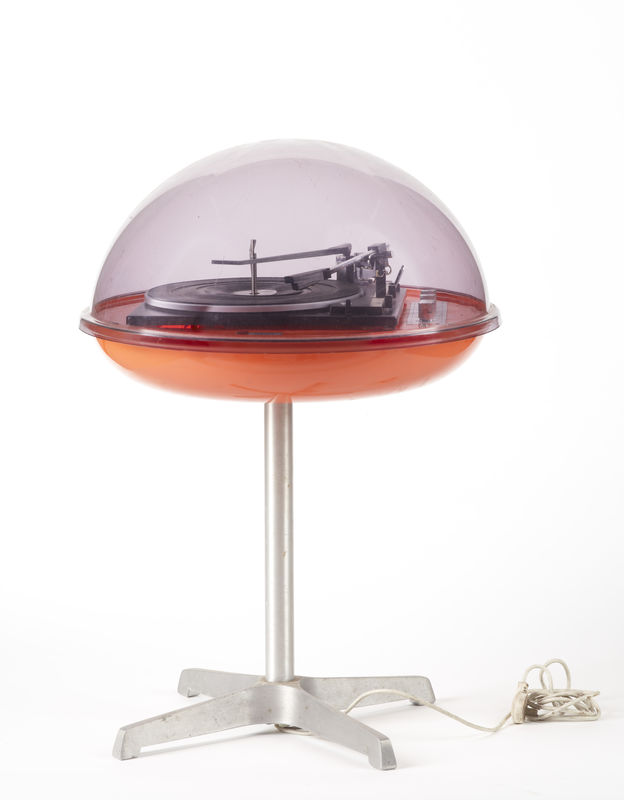 Bidding on Trade Me topped out at $1200, which apparently wasn't enough for the vendor.

As you do, I subsequently wasted some time googling vintage New Zealand stereo gear – and, on the website of Christchurch based Vintage Audio World, discovered this very sexy thing. 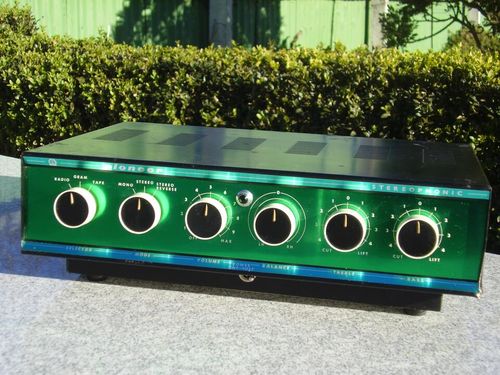 It's a Pioneer 7120 valve amplifier, made under licence here in the 1960s by  Concord Electrical Company, which sold to a buyer in Sweden.

New Zealand's strict import laws meant that that, like bicycles and many other products, stereo systems were often either licensed for local manufacture or design and built from the ground up. Some of them were kit-built tat and some of them were legendarily good. There's a whole story to be told here. I think I feel an Audioculture article coming on ...

Last week I noted the international headlines over the new cassette release by Dunedin noise artist L$D Fundraiser being literally mistaken for a bomb. Campbell Walker sent me an interesting backgrounder addressing the assumptions, "some of them ridiculous, some of them just lazy or wrong-headed", in the reports on Spin and NME.

It's a bit long to reproduce in full here, but, of note, Campbell says:

As a musician, L$D Fundraiser utilises an extensive array of largely pre-digital sound tools, both designed and accidental, to create bleakly beautiful, heavy - and heavily sustained - sculptural, repetitive/nearly repetitive compositions. He's always somewhere in relation to some element of the history of music, not noise, usually something buried away in some corner of psych music of the last 40 plus years. He looks like he comes from Cleveland in 1974 - having just got kicked out of Rocket from the Tombs maybe - but assembles his compositions in ways that best reflect a very specific set of parallel paths that remind me most of very early industrial culture, just after punk, filtered through both cultural and technical paths assembled from the detritus of a small town at the end of the world. It may be poetically appropriate to consider this as music two doors down from the city's dump, but it's also very nearly concretely true. And much of both the equipment and material of L$D Fundraiser's work has always drawn from the things we discard as a city.

As sound and as music, it's an often buried, introverted sound. The three adjectives I would use to describe the sound of L$D Fundraiser - and I think the music shifts between different clusterings of these three elements through almost all of the work I know - are oppressive, depressive and ecstatic.

Anyone walking the streets of Dunedin should have come across the work of L$D Fundraiser before, perhaps sniggered at it or puzzled over it, maybe wondered what it was doing there, or what it was trying to sell. But L$D Fundraiser isn't really trying to sell you anything. Indeed what he's been arrested for wasn't so much a promotional stunt as a genuine attempt to find a new way to distribute the music to someone other than the same old folks who've been listening for years. Over the last few weeks, about 10 copies of StreetNOISE have been pasted up on walls known as band postering areas around inner city Dunedin, and most of those tapes have been picked up without the police needing to be called. The release of the StreetNOISE album (not a demo tape, as the Otago Daily Times had it, but perhaps they don't realise that tapes are a valid and appropriate release medium now) was really not a publicity stunt for an album release but rather the actual album release itself as a giveaway.

In that light, Campbell believes, police should at some point have been able to recognise the visual style with which they were met after a member of the public called in. And "I'm not sure the idea of charging L$D Fundraiser with threatening to damage property is reasonable, given that it was the police who made the decision to close down the city and blow up a cassette tape, made by an artist they should have pretty readily identified."

Meanwhile, Henry Oliver reviewed the album at The Spinoff Music and the artist himself was due to appear in court today. Any updates would be very welcome.

Finally, here's Campbell's video of L$D Fundraiser live at None Gallery in 2012.

L$D Fundraiser live at None Gallery from Campbell Walker on Vimeo.

Just a couple this week. Dreamy new Toro y Moi, from the album Boo Boo, which is out next week:

And Leftside Wobble is back in the saddle with an absolutely gorgeous slice of back-in-the-day dubby deep house. Available to buy for a quid here on Bandcamp.